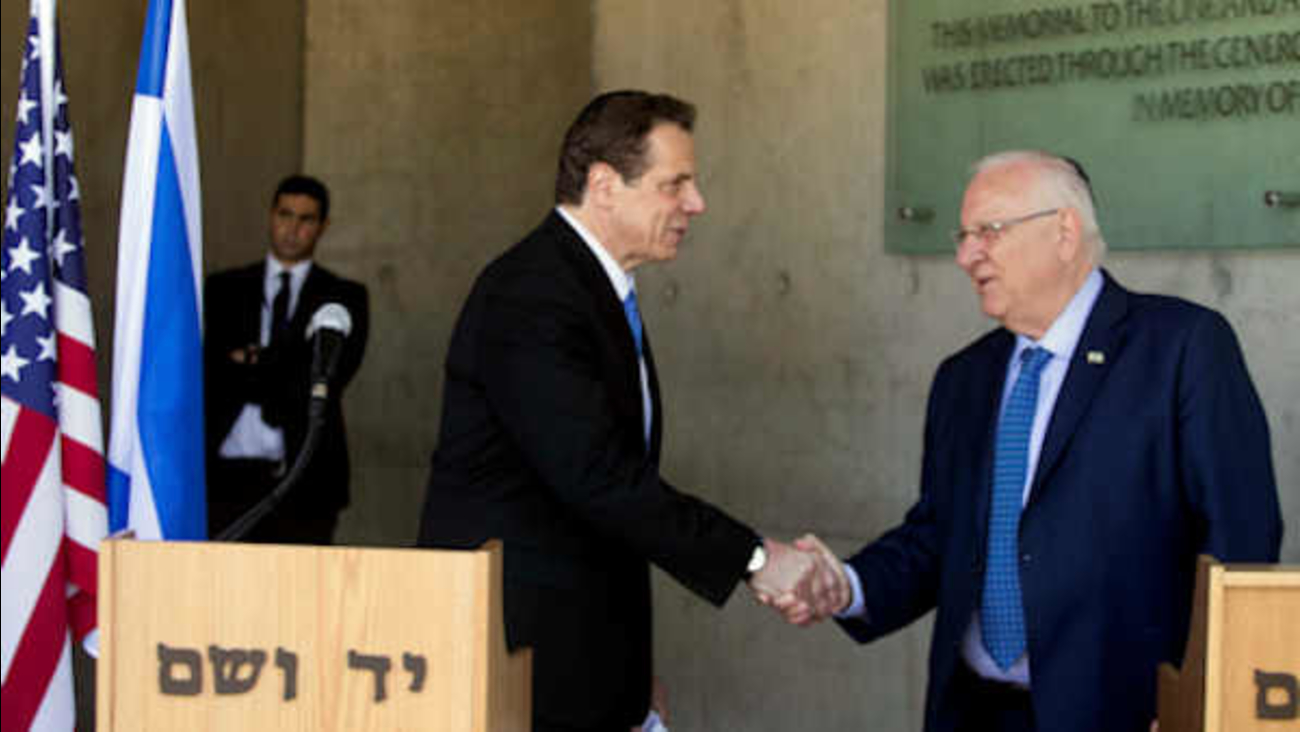 JERUSALEM -- Visiting New York Gov. Andrew Cuomo said Sunday that a recent rash of anti-Semitic acts in the United States was "reprehensible" and his state would have no tolerance for them.

In a visit to Israel, Cuomo made his first comments following the toppling of headstones at a Jewish cemetery this weekend in Brooklyn. It followed a series of vandalism attacks at Jewish cemeteries and more than 120 bomb threats to Jewish organizations in three dozen states since early January. In New York City alone, ant-Semitic hate crimes nearly doubled in the past year.

Speaking at the Yad Vashem Holocaust memorial, Cuomo says the incidents "violated every tenant of the New York State tradition." He said the state has posted rewards and put together a special police unit to combat the phenomenon.

"New York State by its definition is a celebration of diversity, it accepts all, we believe in the spirit of inclusion and we live by discrimination of none. New York's principles are built on a rock they will not change and the political wings will not change them," he said, alongside Israeli President Reuven Rivlin. "We have made it clear that there will be no tolerance for these acts of anti-Semitism."

The New York Police Department's hate crimes division is investigating the toppled headstones at Washington Cemetery in Brooklyn. It follows the targeting of a Jewish cemetery in Rochester, New York.

About 100 headstones were recently overturned in a Jewish cemetery in Philadelphia. That came about a week after a similar crime in Missouri. In Indiana, an apparent gunshot fired into a synagogue Tuesday has drawn the attention of the FBI.