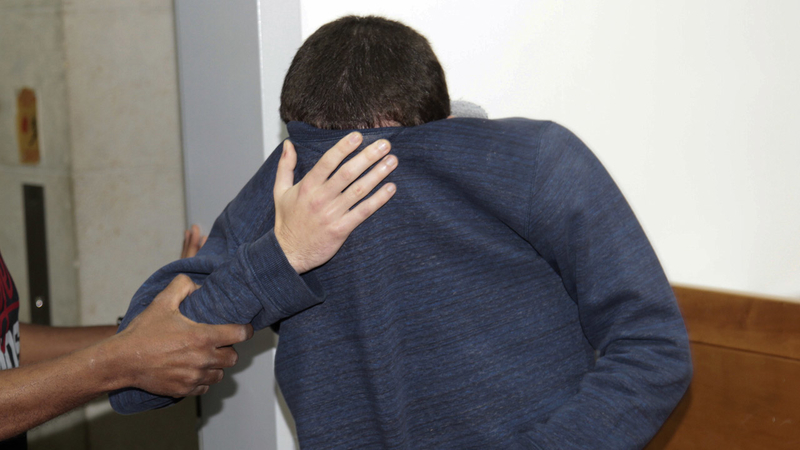 An 18-year-old man with dual American-Israeli citizenship was arrested in Israel as a suspect in many of the bomb threats against Jewish centers.

The teen has been in custody, but a gag order was lifted on the case Thursday.

The arrest came after Israeli law enforcement worked with the FBI and other agencies. The teen lives in Israel.

An Israeli National Police spokesman said the teen "is a main suspect behind the numerous amount of threats which were made to different Jewish communities and organizations around the world."

According to an official briefed on the case, the suspect is Jewish and the motive behind the threat is unclear. He was deemed insufficiently mentally stable to be drafted into the Israeli army.
He also is accused of calling in bomb threats against schools in Israel and New Zealand.

The JCC Association of North America said in a statement that it was "troubled to learn that the individual ... is reportedly Jewish."

The suspect's attorney, Galit Bash, in Israel said his client suffered "from serious medical problems from a young age. There is a concern that his medical condition affects his cognitive functions."

Bash said in a statement that the court ordered police to examine the suspect's medical condition.

U.S. Attorney Jeff Sessions commended the FBI and the Israeli National Police for their work on the case.

"Today's arrest in Israel is the culmination of a large-scale investigation spanning multiple continents for hate crimes against Jewish communities across our country, " he said in a statement. "The Department of Justice is committed to protecting the civil rights of all Americans, and we will not tolerate the targeting of any community in this country on the basis of their religious beliefs."

"We hope that this investigation will help shed light on some of the recent threats against Jewish institutions, which have caused great concern both among Jewish communities and the Israeli government," said Minister of Public Security Gilad Erdan.

As Israeli authorities with help of FBI arrest the suspect, I hope this brings comfort to those affected by his despicable hate crime. https://t.co/pV06XN6lxf

Anti-Defamation League CEO Johnathan A. Greenblatt said in a statement that the organization is relieved, but warned that anti-Semitism is a continuing problem.

"Anti-Semitism in the U.S. remains a very serious concern. No arrests have been made in three cemetery desecrations or a series of other anti-Semitic incidents involving swastika graffiti and hate fliers. JCCs and other institutions should not relax security measures or become less vigilant."