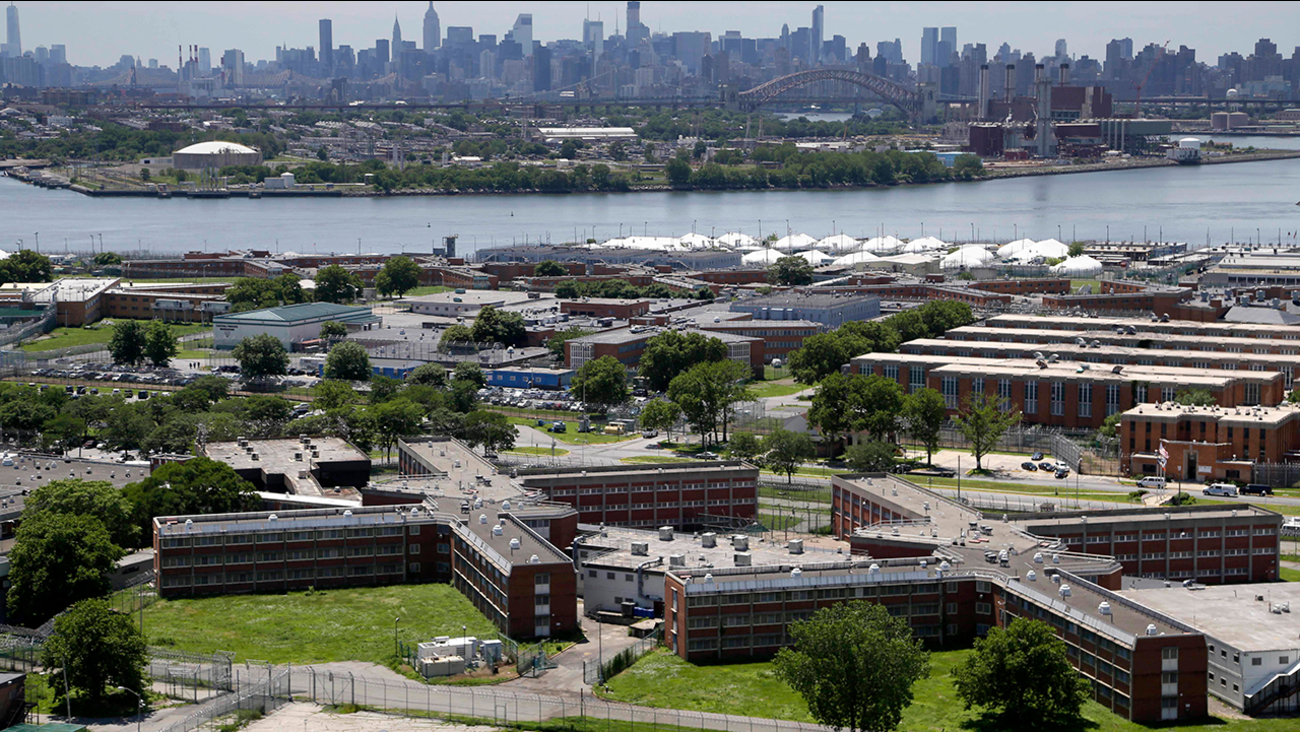 In a June 20, 2014, file photo, the Rikers Island jail complex stands in New York with the Manhattan skyline in the background. (AP Photo/Seth Wenig, File)

The lawsuit was filed Friday in Manhattan federal court, alleging violence in city jail has in recent past increased 18 percent.

In the lawsuit, the Correction Officers' Benevolent Association seeks changes to the work environment for guards and unspecified damages. The city did not immediately respond to requests for comment.

The lawsuit said policies put in place since 2015 have put an emphasis on inmates' well-being and have "shockingly neglected" the safety of the guards.