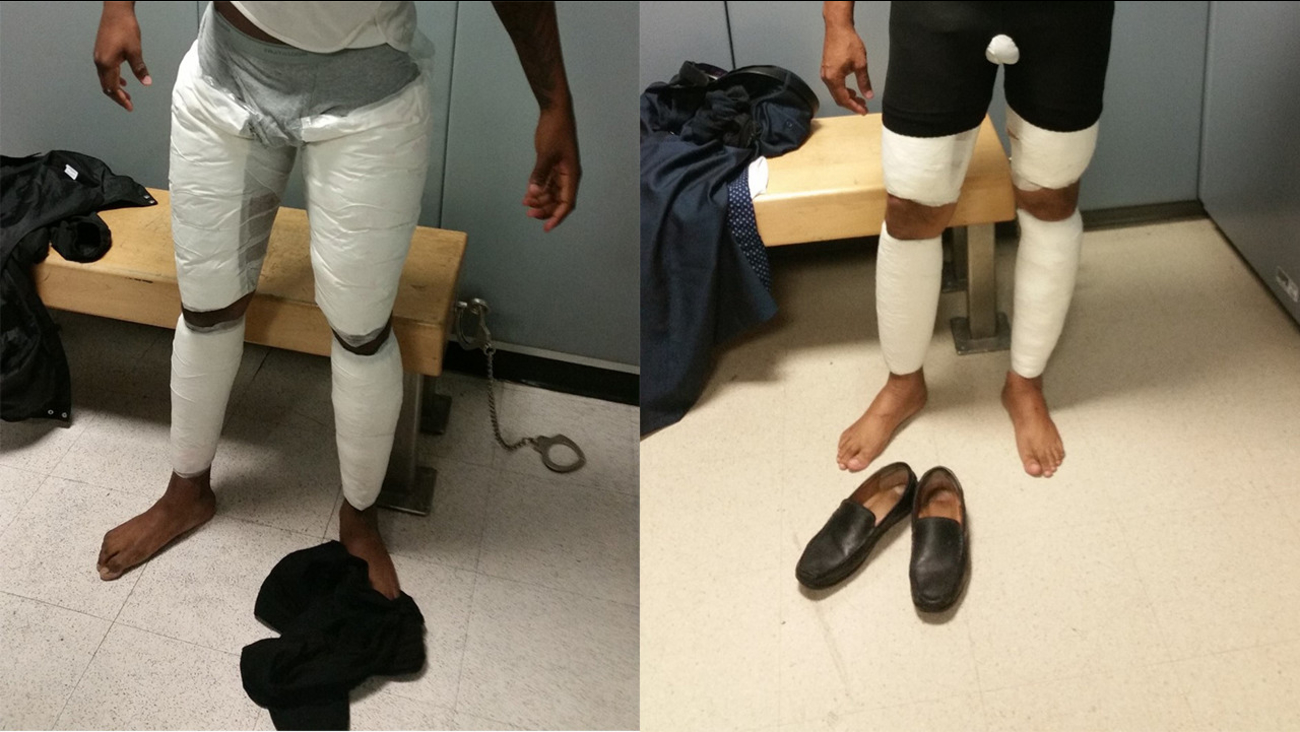 NEW YORK, New York (WABC) -- Authorities say two travelers were arrested at JFK Airport for attempting to smuggle cocaine into the U.S by taping packages containing the drugs to their bodies.

The men were taken separately to private search rooms for inspection, when officers discovered packages taped to their legs and backs.

"This latest seizure demonstrates our CBP officers being ever vigilant in protecting the United States from the distribution of these illicit drugs," said Leon Hayward, Acting Director of CBP's New York Field Operations.