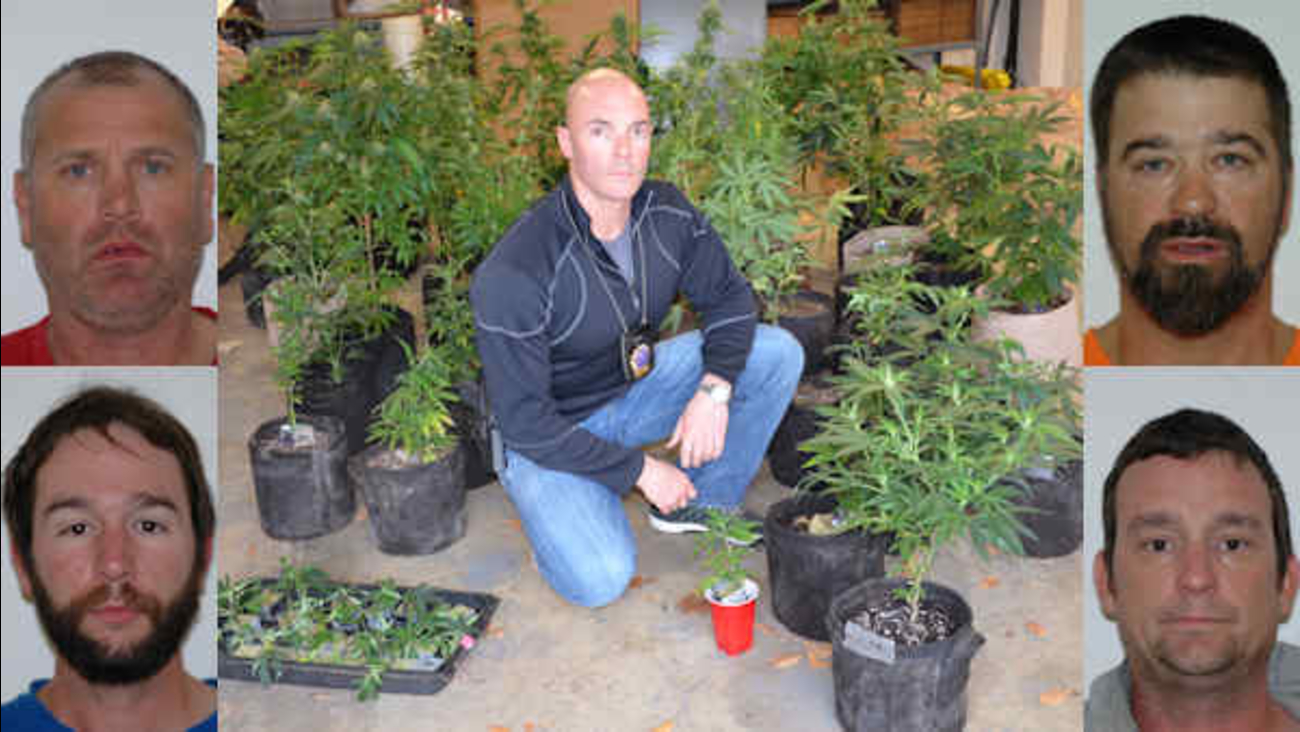 PARAMUS (WABC) -- A two-alarm fire in Paramus early Tuesday helped authorities uncover a marijuana growing operation in the basement of a house.

The flames broke out at the home on North Farview Avenue around 2 a.m., and responding police and fire units found the garage fully involved and that the fire was extending into the main home.

Two residents were unsuccessfully trying to extinguish the fire with a garden hose.

The, which took about 30 minutes to extinguish, appears to have started on the outside of the home from the malfunction of an electric meat drying machine that was located next to the garage.

When Paramus police and firefighters entered the home to remove two other residents, they discovered the marijuana growing facility in the basement. They recovered approximately 50 marijuana plants ranging in size from several inches to three feet tall. Police also recovered harvested marijuana from the home.

The suspects were transported to Paramus Police Headquarters, where they were booked, processed, charged and released on $10,000 bail. All four are charged with sale and manufacture of marijuana, while Weaver was also charged with cocaine possession.