2 toddlers killed, 10 others injured in Bronx fire; mother of children across street at Laundromat

WABC
CLAREMONT, Bronx (WABC) -- Two toddlers were killed and 10 other people were injured in an apartment fire in the Bronx Wednesday. Eyewitness News has learned that the mother of the toddlers was apparently across the street at a Laundromat at the time of the fatal fire.

It happened inside a 21-story building on Webster Avenue in the Claremont section just after 6:30 p.m.

"I got a couple of kicks at the door, but after that I couldn't breathe," said Davon Jackson, a witness.

Jackson and his friend could hear people, some young children, begging to be rescued from the blaze.

The third floor of 1368 Webster Avenue in the Claremont section was so dark they couldn't see and couldn't breathe.

"Me and my neighbor were standing outside and we saw flames burst from the window. Air conditioner exploded. I went upstairs to see if there was anybody in the hallway, anybody who needed help, and we heard kids crying. But it was too black, we couldn't breathe," Jackson said. 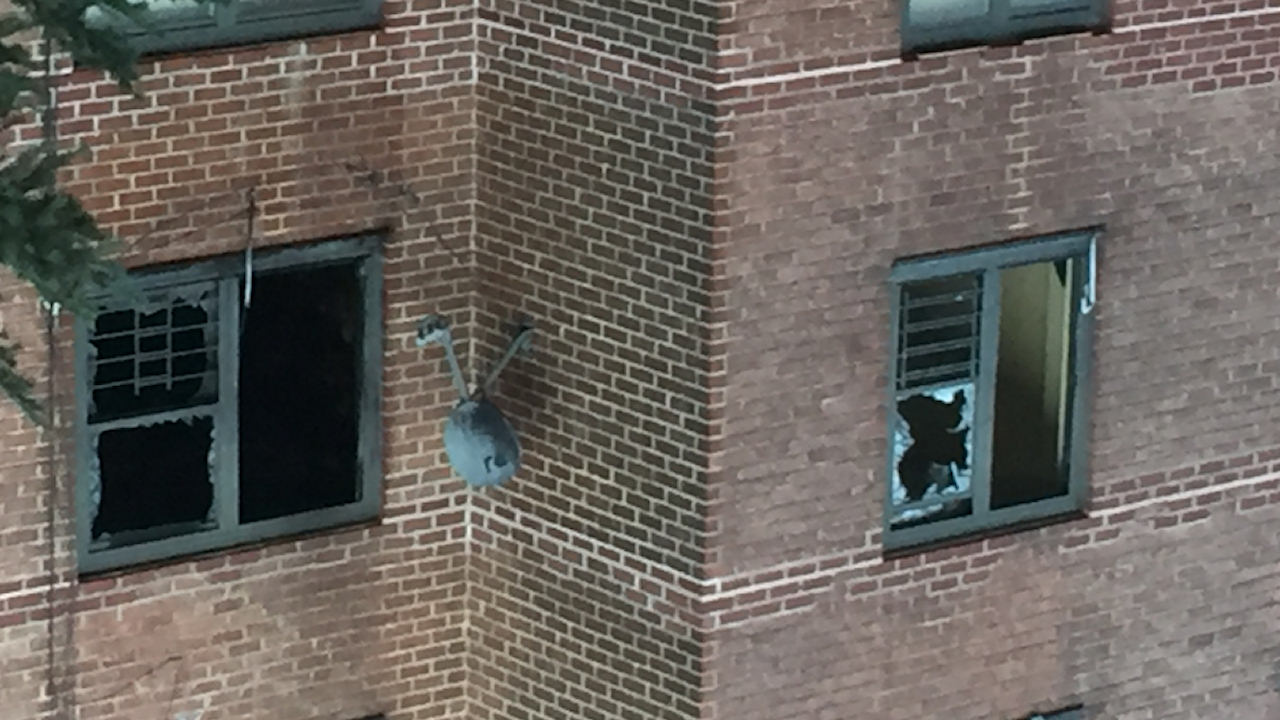 Firefighters pulled the two little girls, 18-month-old Amanda Jabie and 2-year-old Jannubi Jabie, from apartment 3F around 6:30 p.m. Wednesday. They were rushed to the hospital where they later died.

Neighbors stared at busted windows and blacked walls, picturing the nightmare the victims suffered as they were trapped inside this building with no way of getting out.

"I saw the firemen bring the kids out and they were burnt all over their body. Two kids, it was very bad, very bad," said David Lawson, a witness.

"I'm just hoping for the best I hope they make it," Jackson said.