WABC
By Eyewitness News
EAST HARLEM, Manhattan (WABC) -- Two workers were rescued after the scaffolding they were standing on collapsed in East Harlem Friday morning.

It happened at 9:45 a.m. at the Lexington Houses near the intersection of Lexington Avenue and 98th Street.

The NYPD said officers responded to a call of dangling scaffolding.

Rescue crews were able to pull in the two men who were on the scaffolding through a 12th floor window by about 10 a.m.

The collapse was likely caused by motor failure.

The New York City Housing Authority released a statement Friday afternoon:
"Safety is NYCHA's top priority. Two workers performing brickwork were rescued from suspended scaffolding that became destabilized. Both were treated and released for minor injuries. The incident is under investigation by the Department of Buildings."

NYCHA said the incident involved contractors performing exterior brickwork restoration. The work started in April and is expected to continue through the fall.

Here's a wider look at the scene from NewsCopter 7: 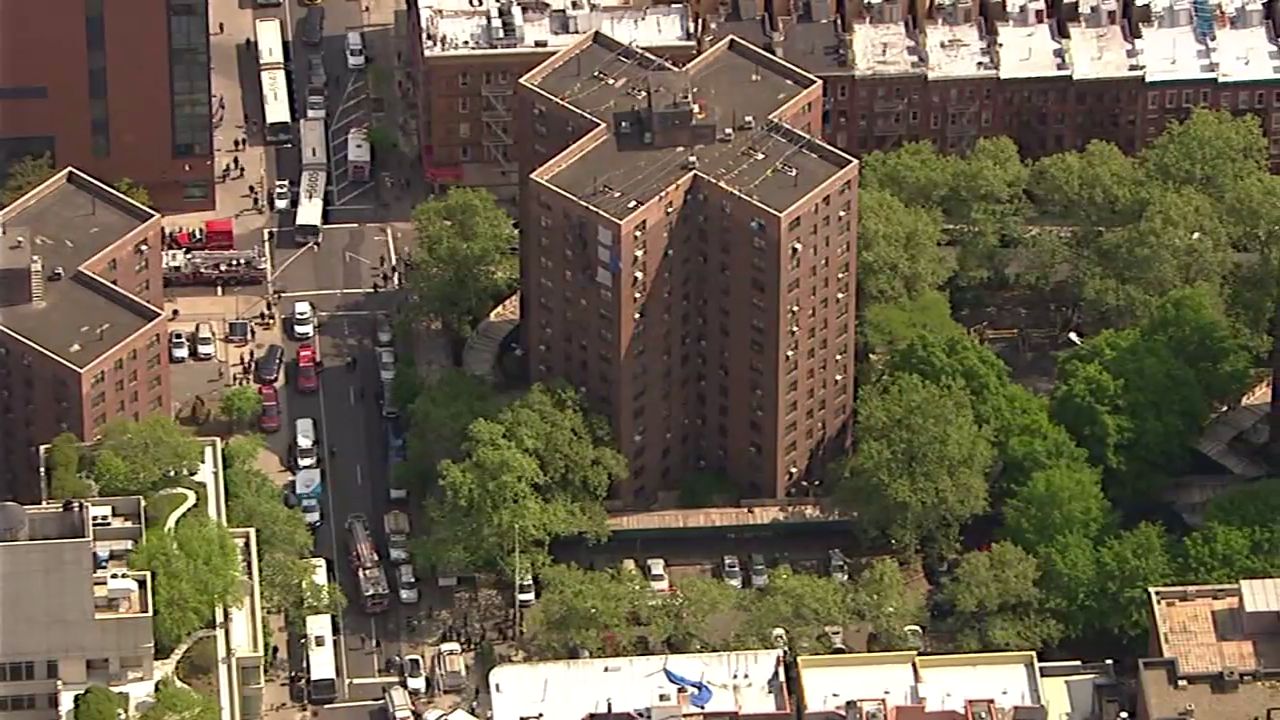