WABC
By Josh Einiger
ANGLETON, Texas (WABC) -- In the tiny town of Angleton, Texas they have never seen an NYPD van. The Emergency Services Unit K-9 Team was among 80 other New Yorkers who came to help the flooded towns after Harvey devastated the region. NYPD officers and FDNY members traveled 36 hours across the country in a convoy to help pull people out of their flooded houses.

The task force travels with all its own equipment, including small off-road vehicles. There are also inflatable boats transported from the back of pick-up trucks. As soon as FEMA gives the order on where to go and where people are who need rescuing, these NYPD officers and FDNY firefighters will be on their way to help.
Report a correction or typo
Related topics:
weatherfloodingnypdfdnyhurricane harveyweatherhurricane
Copyright © 2020 WABC-TV. All Rights Reserved.
HURRICANE HARVEY

Photos: Hurricane Katrina made landfall in 2005 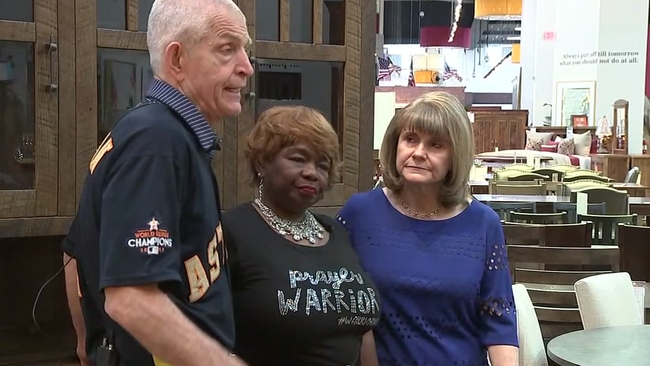 How Florence stacks up to other historic hurricanes