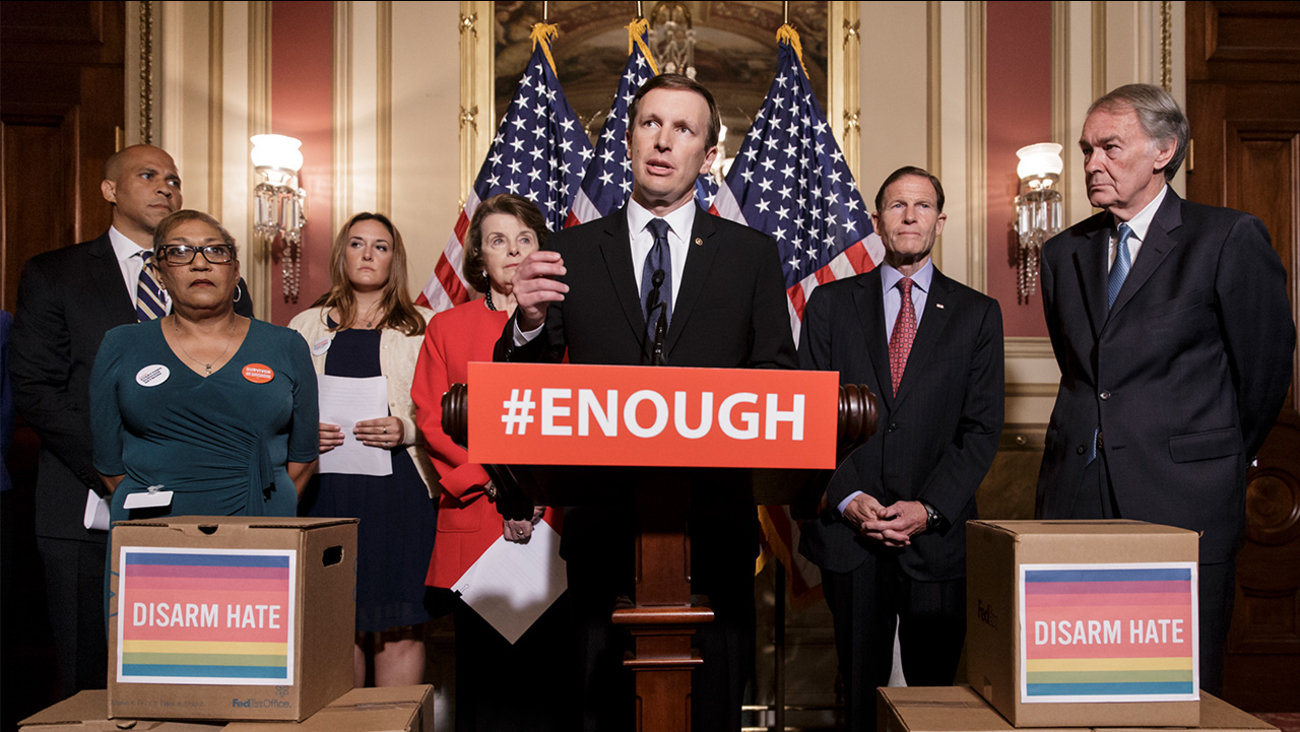 FILE - Sen. Chris Murphy, D-Conn., center, and other Democratic senators call for gun control legislation in the wake of the mass shooting in Orlando in 2016.

CONNECTICUT (WABC) -- Connecticut Senator Chris Murphy called for Congress to "get off its ass and do something" about gun violence following the mass shooting in Las Vegas.

Murphy, a democrat, has been a leading figure in the fight for gun control in the aftermath of the mass shooting at Sandy Hook Elementary School in Newtown, Connecticut in December 2012.

"Nowhere but America do horrific large-scale mass shootings happen with this degree of regularity," Murphy wrote in a statement. "Last night's massacre may go down as the deadliest in our nation's history, but already this year there have been more mass shootings than days in the year."

Murphy introduced a bill last year that would expand background checks, but the legislation did not pass.

He also filibustered for hours to protest the lack of action on gun violence by Congress.

"This must stop. It is positively infuriating that my colleagues in Congress are so afraid of the gun industry that they pretend there aren't public policy responses to this epidemic," he wrote on Monday. "There are, and the thoughts and prayers of politicians are cruelly hollow if they are paired with continued legislative indifference. It's time for Congress to get off its ass and do something."
Click here for continuing updates on the deadly Las Vegas mass shooting.
Report a correction or typo
Related topics:
politicsconnecticutchris murphylas vegas mass shooting
Copyright © 2021 WABC-TV. All Rights Reserved.
LAS VEGAS MASS SHOOTING 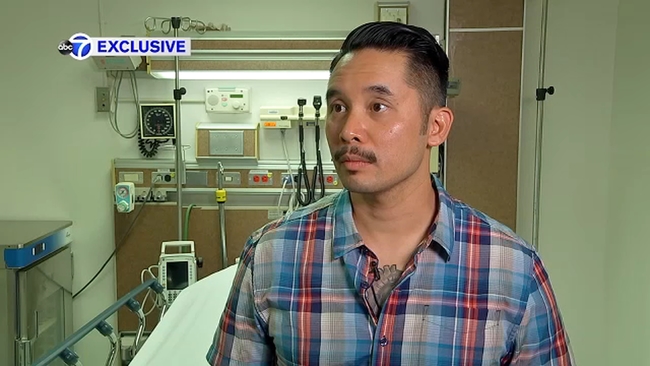