3 arrested after Palisades closed during police chase into Alpine 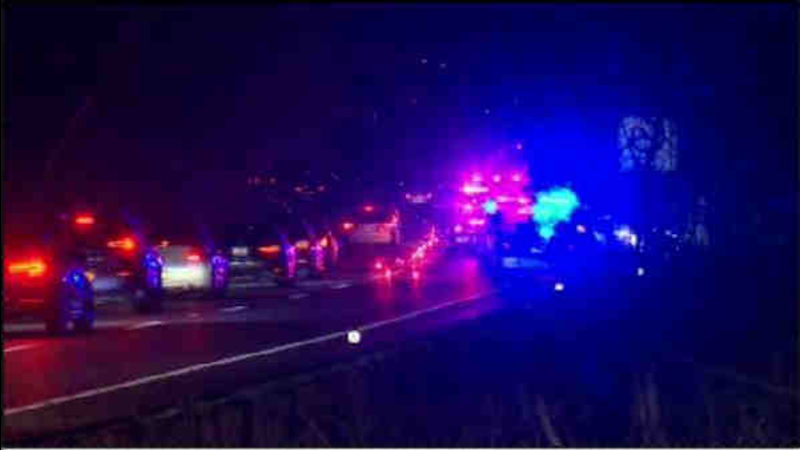 Around 4 a.m., a 2014 Dodge Charger was reported stolen and wanted in relation to an earlier shooting in Passaic. The car crossed the George Washington Bridge into Manhattan, then returned to New Jersey, heading onto the Palisades Interstate Parkway northbound.

It reached Alpine, N.J, then crossed the center median and went onto the southbound right shoulder. According to police, the driver jumped out while the car was still moving and was run over by the Charger's rear wheel. He then rolled under the guardrail and began running, they said. Two occupants of the car were taken into custody.

While pursuing the driver, police said the officer saw the suspect turn toward him with a black shiny object in his hand, and the officer fired discharged one shot which missed the driver.

Several law enforcement vehicles lined the southbound lanes during the investigation, with a number of officers in a nearby heavily wooded area.