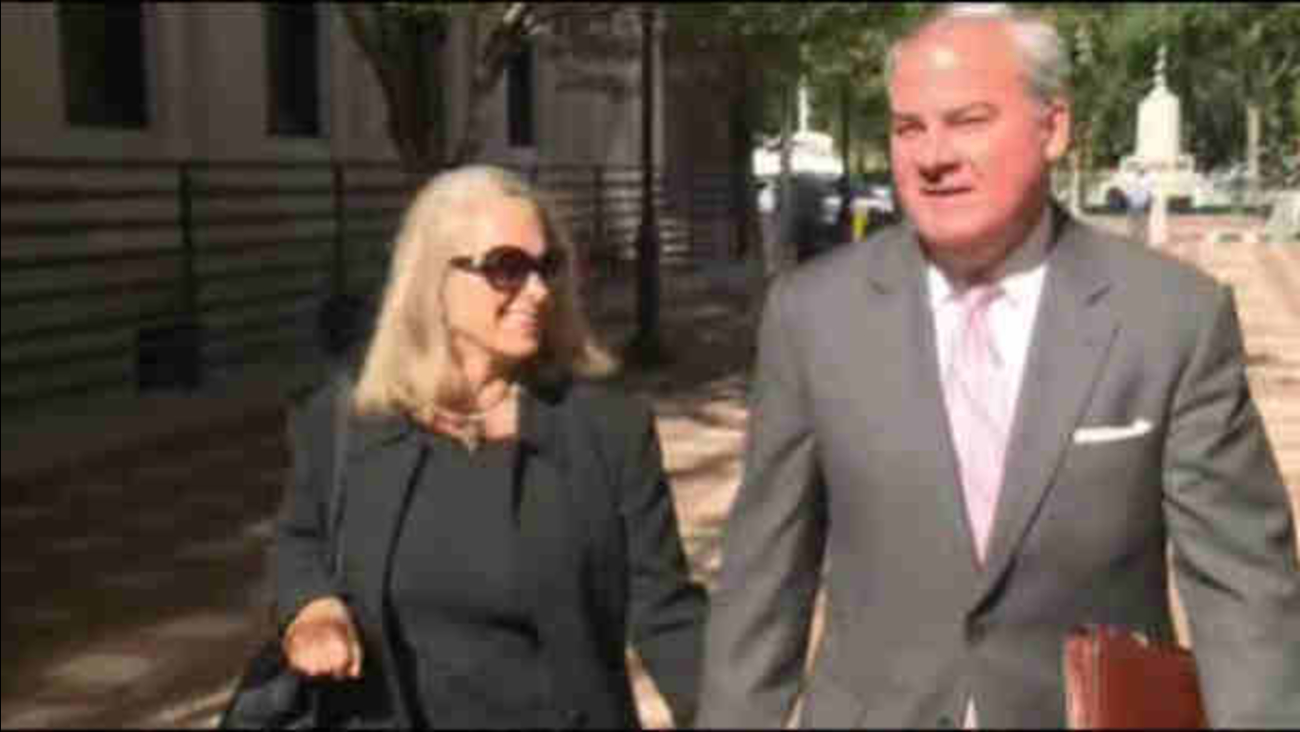 HARTFORD, Conn. -- Former Connecticut Gov. John Rowland was sentenced to 30 months in prison for his role in a political consulting scheme on Wednesday, exactly one decade after he was ordered behind bars in an earlier scandal that forced him from office.

Rowland, once a rising star in the Republican Party, committed the latest crimes as he maneuvered to insert himself in two separate congressional political campaigns. He was convicted in September on charges that he conspired to conceal payment for the work, which he knew would bring unwelcome publicity to the candidates because of his criminal history.

Prosecutors said Rowland was paid $35,000 to work on the failed 2012 campaign of Republican congressional candidate Lisa Wilson-Foley and conspired to hide those payments through a consulting contract with a business owned by her husband, Brian Foley. They say he tried to strike a similar deal in 2010 with another failed GOP congressional candidate, Mark Greenberg.

Wilson-Foley and her husband pleaded guilty in the case. Wilson-Foley awaits sentencing, while Foley was sentenced to three years of probation.

Rowland, who also was fined $35,000 Wednesday, must surrender to begin his prison sentence June 16, but he plans to file a motion to be free on bail during his appeal.

Rowland's convictions were in addition to a $2,000 ethics fine and $1,919 charity donation he was ordered to pay in 1997 while in office for taking concert tickets from subordinates and a $9,000 fine in 2003 for accepting cut-rate or free vacation lodging from state contractors.

Rowland, 57, was governor from 1995 to 2004, when he resigned amid a scandal involving illegal gifts including trips and improvements to his lakeside cottage. He also was elected to the U.S. House three times and had been mentioned as a possible vice presidential candidate or cabinet member.

"The evidence in this case indicates that Mr. Rowland learned nothing from his past transgressions," federal prosecutors Michael Gustafson, Liam Brennan and Christopher Mattei wrote in a sentencing request to U.S. District Judge Janet Bond Arterton.

"Mr. Rowland is an individual who simply refuses to 'play it straight,' because he delights in the illicit, dark side of politics where rules are for suckers, the public good is an afterthought, the game is all that matters and he is the indispensable player of that game," they wrote. "The court's sentence should ensure that the people of Connecticut are spared further harm."

His lawyers responded in legal briefs that the prosecutors' language was unnecessary, unwarranted and wrongly disparaged his character.

"Mr. Rowland's many contributions to society in both public and private life are well documented," Rowland's lawyers' wrote. "Throughout his life, John has been dedicated to public service, community engagement, and helping others."

Rowland's lawyers insisted he should never have faced criminal charges.