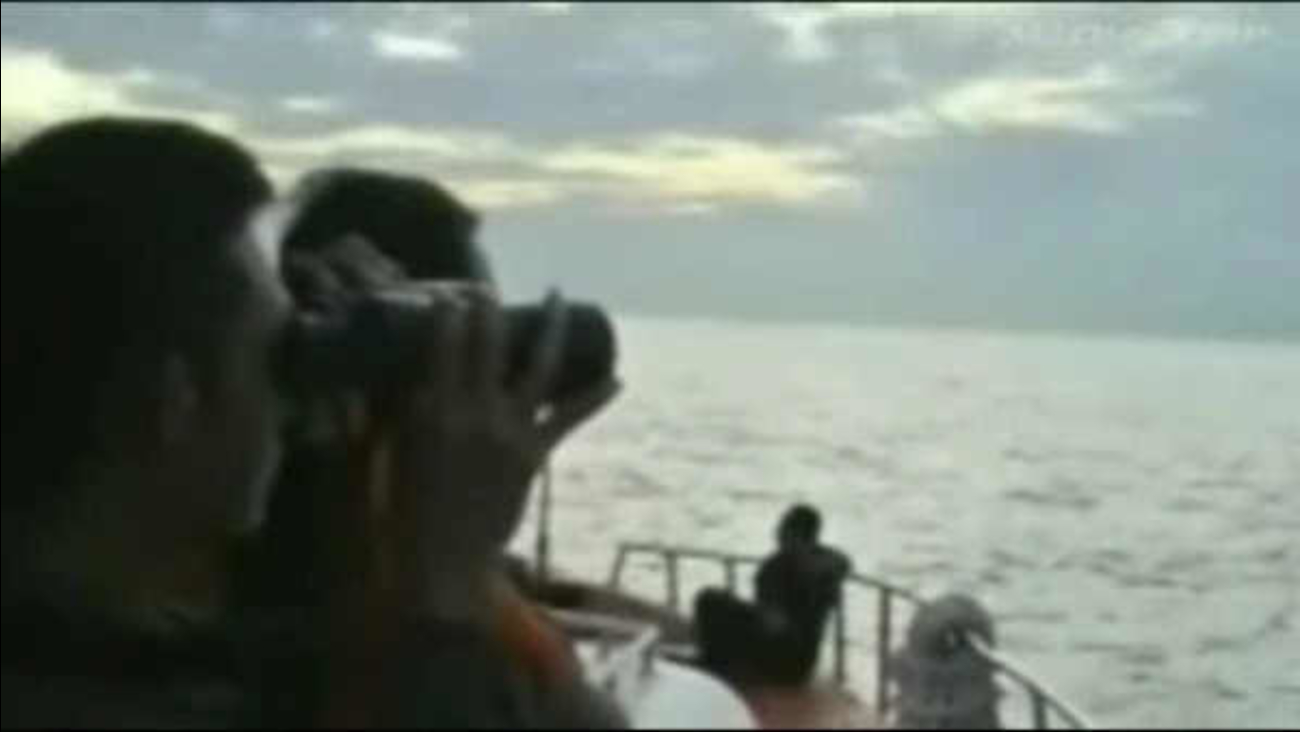 PANGKALAN BUN, Indonesia -- The families of the Air Asia crash will be able to visit and say goodbye to their loves ones at the crash site, Indonesian authorities said.

Indonesia's top military commander General Moeldoko told families of the Air Asia crash, "I will facilitate the families of the victims who want to see the scene directly and show how rescuers are battling high waves and bad weather to search for their loved ones and the plane." He added "We'll prepare two aircraft and a warship for them to go there and throw flowers."

Bodies have been flown back to Surabaya, one by one, many victims' family members have struggled to deal with the slow process and fears that their loved ones may never be found.

The international hunt for the plane has recovered 37 bodies, including three Monday still fastened into their seats. Sonar has identified five large objects that are believed to be chunks of the fuselage on the ocean floor, but strong currents, silt and mud have kept divers from seeing or reaching the objects.

No signals have been heard from the cockpit voice and flight data recorders, or black boxes.

The transportation ministry announced harsh measures Monday against everyone who allowed AirAsia Flight 8501 to take off without proper permits - including the suspension of the airport's operator and officials in the control tower.

The routing permits of all airlines flying in the country also will be examined to see if they are violating the rules, said Djoko Murjatmodjo, acting director general of air transportation. "Who knows if other airlines are also doing the same thing," he said.

The crackdown comes as searchers continue to fight bad weather while combing the Java Sea for bodies and wreckage of the Airbus A320 that crashed Dec. 28, killing all 162 passengers and crew on board.

It is not known what caused Flight 8501 to crash into the Java Sea 42 minutes into what was supposed to be a two-hour flight, though Indonesia's Meteorology, Climatology and Geophysics Agency says bad weather appears to have been a factor. Just before losing contact, the pilot told air traffic control that he was approaching threatening clouds, but was denied permission to climb to a higher altitude because of heavy air traffic. No distress signal was issued.

The plane was traveling between Surabaya, Indonesia's second-largest city, and Singapore on a Sunday. Officials have since said its permit for the popular route was only for Monday, Tuesday, Thursday and Saturday, and that AirAsia quietly switched three of those days. Officials in Singapore, however, have said the plane was authorized to fly on Sundays from its end.

While the airline is being investigated, Indonesia has banned all AirAsia flights between Surabaya and Singapore.

AirAsia Indonesia President Director Sunu Widyatmoko said by text Monday that the airline will cooperate with the government during the evaluation, but would not comment on the permit allegations until the process is complete.

Violation of the regulations would boost legal arguments for passengers' family members seeking compensation, said Alvin Lie, a former lawmaker and aviation analyst. But he added AirAsia would not be the only one to blame.

"The Surabaya-Singapore flights have been operating since October ... and the government didn't know," he said. "Where was the government's supervision?"

Murjatmodjo said key individuals who allowed to plane to fly without permits would be suspended while the investigation is pending.

The ministry also issued a directive Dec. 31 ordering all airlines to provide pilots with up-to-date weather reports before they take off, he said. Currently, it's up to the captain and co-pilot to research and evaluate flying conditions before departing. In other countries, carriers' flight operations departments perform that task for them.

He also planned to meet Monday with the Corruption Eradication Commission to discuss whether to investigate AirAsia's operations. Business in the country is commonly conducted using bribery, with payoffs often seen as the most efficient way to get things done.