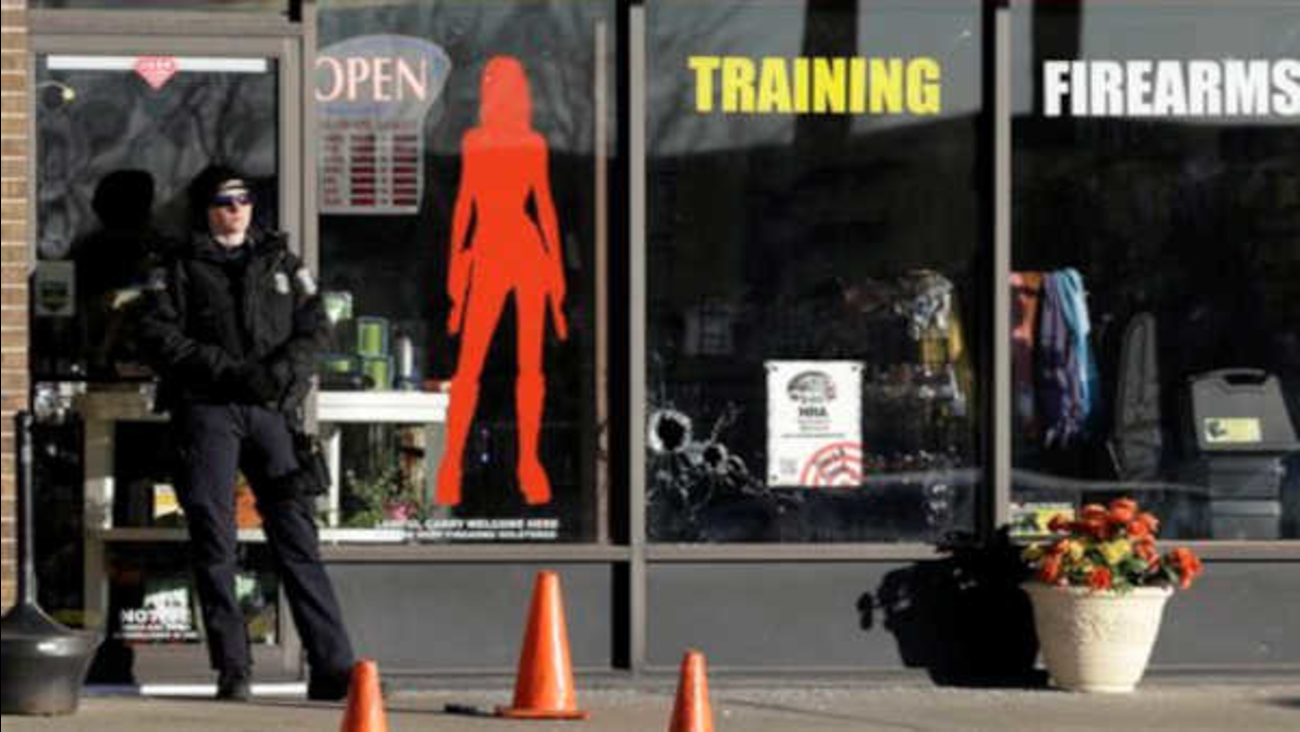 Shawnee police said in a news release that John Bieker, 44, died after the shooting at the Shawnee store called She's a Pistol, which caters to female gun owners. Police said gunfire erupted after four men tried to rob Bieker and his wife, Rebecca.

Authorities said John Bieker and two of the suspects had been taken from the store in critical condition. Rebecca Bieker wasn't shot but sustained minor injuries.

Police said in a news release that the other two suspects, including one who had been shot, fled but were located a short time later on the porch of a nearby home. Johnson County MED-ACT spokeswoman Angela Fera said the injuries of the fourth shooting victim weren't considered life-threatening.

The uninjured suspect was being held on suspicion of aggravated robbery. The hospitalized suspects were under guard, police said.

The website for She's a Pistol describes the store as a "woman-owned personal protection and self-defense training, services, and supplies company."

A phone call to the store rang to voicemail Friday afternoon during business hours.