Warning of scam claiming family members have been kidnapped 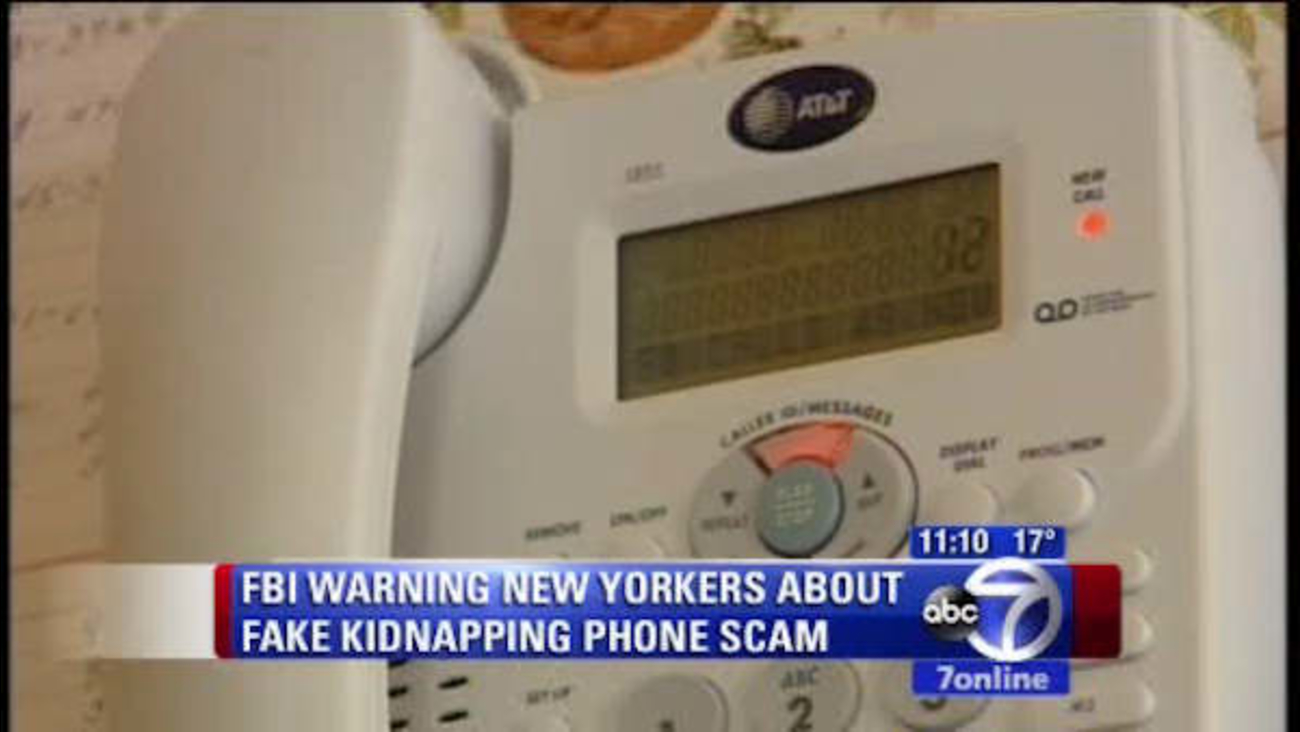 NEW YORK (WABC) -- New York law enforcement officials say scammers are calling residents claiming to have kidnapped a family member and demanding ransom, but no one has actually been taken.

Officials said Tuesday the callers often use conspirators to convince victims the threat is legitimate. For example, officials say a scammer may tell a victim that his daughter was kidnapped, and a woman is screaming for help during the call.

In another example, they call saying a loved one has been in an accident and won't be released until payment is made for the damaged vehicle. Victims are dialed at random.

Ransoms are demanded through wire transfers only and vary from between $600 to $1,900.

The FBI says New Yorkers should be aware and vigilant about the scam, which is on the rise.