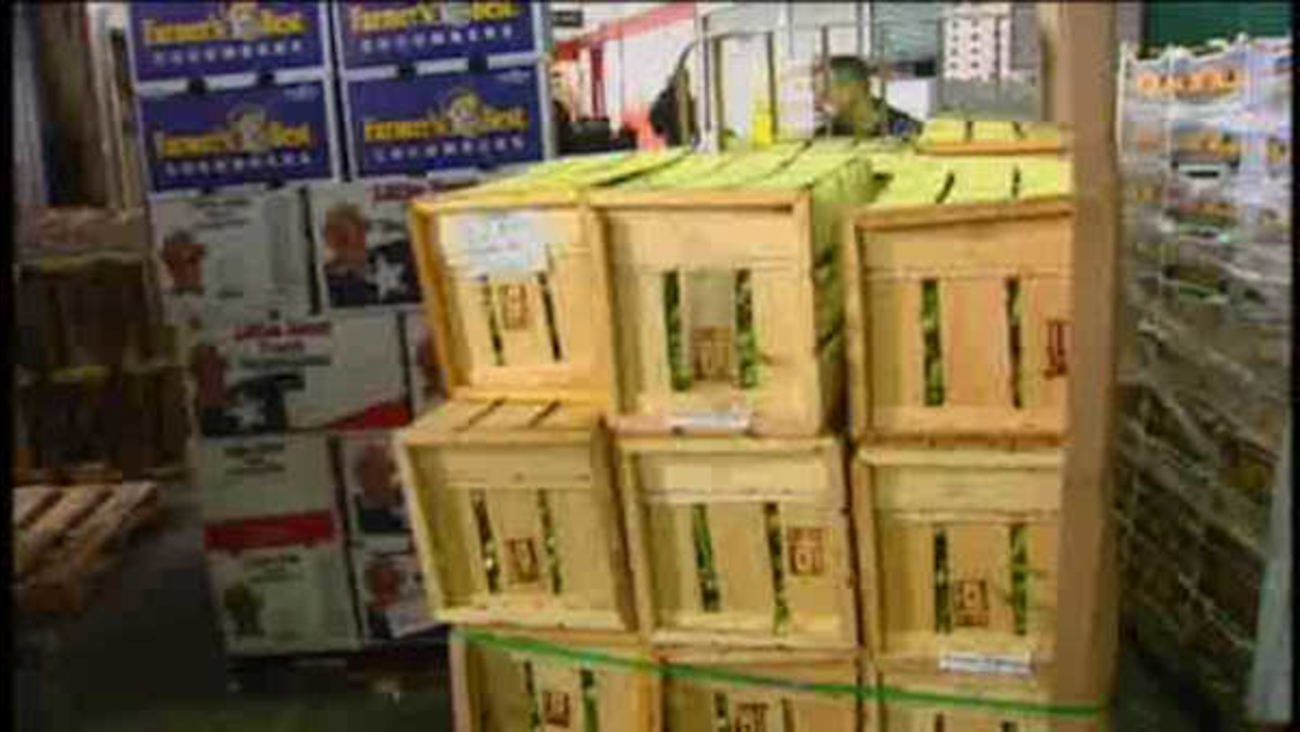 HUNTS POINT -- Workers at the nation's largest wholesale produce market reached a tentative contract agreement Saturday, averting a threatened strike that would have forced New York restaurants, grocery stores and homes to scramble for fresh fruit and vegetables, according to union and management officials.

The 1,300 union members employed by Hunts Point Market in the South Bronx will vote on the tentative deal Wednesday, according to a statement released by Daniel Kane Jr., president of Teamsters Local 202.

"Our members stood strong and the market knew we were serious," Kane said. "We said we deserved a fair wage, we fought for it and we got it."

Management said they were happy the tentative deal avoids an "unnecessary walkout."

"At the end of the day, discussions resulted in a fair package which goes a long way toward addressing the issues raised by management and labor," said Robert Leonard, spokesman for Hunts Point Produce Cooperative.

Details on the agreement were not immediately released.

Negotiations broke down earlier this week when the union rejected the proposed salary raises it says aren't in line with the cost of living. Management offered $16 a week for the first year, followed by $22 the second and third years.

On Thursday, the union agreed to put off any strike action at the produce hub until Sunday to let a federal mediator get involved. The original deadline was Jan. 9.

After the strike vote Tuesday, the union said merchants raised their wage offer.

"We were boosted by the support of our elected officials and everyday New Yorkers," Kane said. "People really rallied around these workers demanding a wage that their families can live on."

A walkout would have meant that restaurants, grocery stores and homes within about a 50-mile radius of the South Bronx produce hub would have to scramble for fresh fruit and vegetables. The market's management had said measures were in place to keep the massive building open.

The last strike at Hunts Point Market was in 1986.