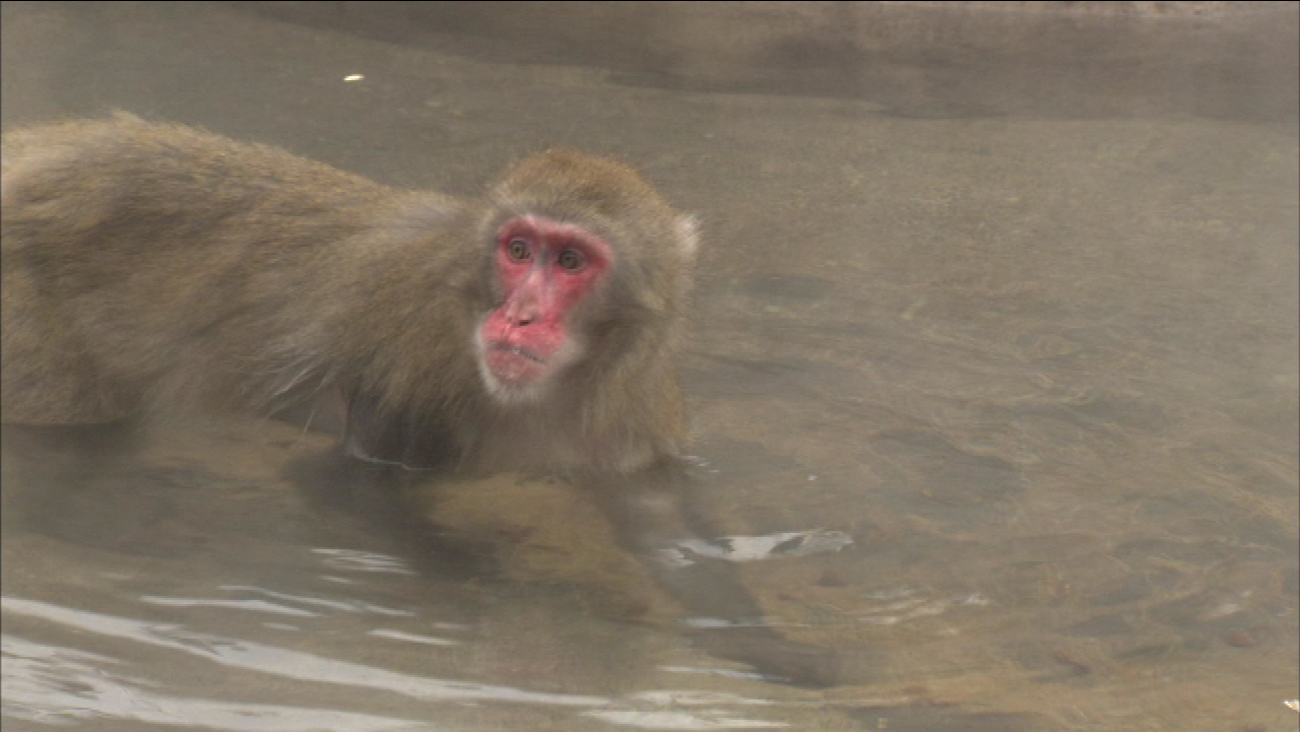 CHICAGO -- Eight Japanese macaques, or snow monkeys, are settling in at the Regenstein Macaque Forest at Lincoln Park Zoo.

The $15 million exhibit is not yet open to public display, but the snow monkeys have been getting acclimated for weeks.

"They're exploring their environment for the first time checking out all the different things we've created for them," Steve Ross, Ph.D./ director of research, said.

The five females and three males came from a zoo in Japan. They're already accustomed to Chicago's tough winters.

"They can live in a wide range of temperatures from hot to cold. So living here in Chicago, this is a perfect climate for them," Maureen Leahy, curator of primates, said.

In the wild, the snow monkeys spend time in the volcanic hot springs. At Lincoln Park Zoo, they've got a manmade hot spring.

"That's really the signal from the males to the females that they're ready to breed," Ross.

The breeding season just ended and the males and females were kept apart so nothing is going to happen for a while. However, next September a new season starts and the macaques are going out on a limb to predict big changes here.