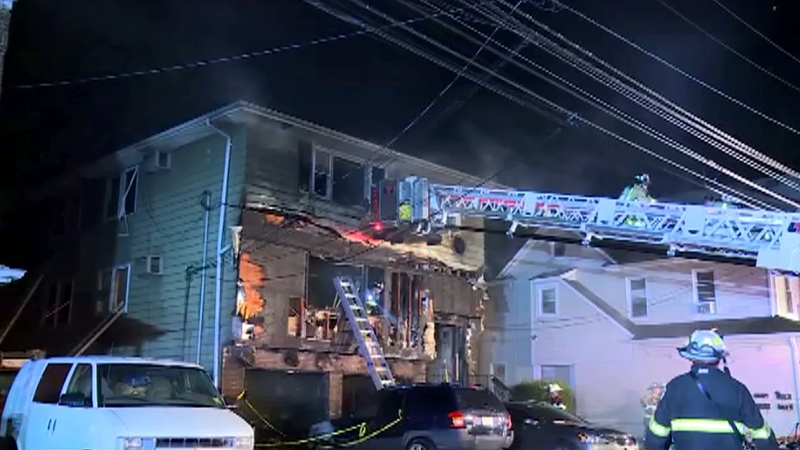 LITTLE FERRY, New Jersey (WABC) -- A 5-year-old girl who was injured in a fire in New Jersey overnight has died, and her grandmother also passed away several hours later.

The grandmother passed away from her injuries on Wednesday evening.

The flames broke out at a three-story home on Washington Avenue in Little Ferry late Tuesday, and several of the victims had to be lowered or jumped from windows to escape the burning structure.

"One father was actually holding his children out the window and dropping them down," Little Ferry Police Chief Ralph Verdi said. "And the officers were trying to break the fall, and trying to catch them as best they could."

The girl and her grandmother were trapped by the flames, and firefighters struggled through the smoke and fire to reach them. 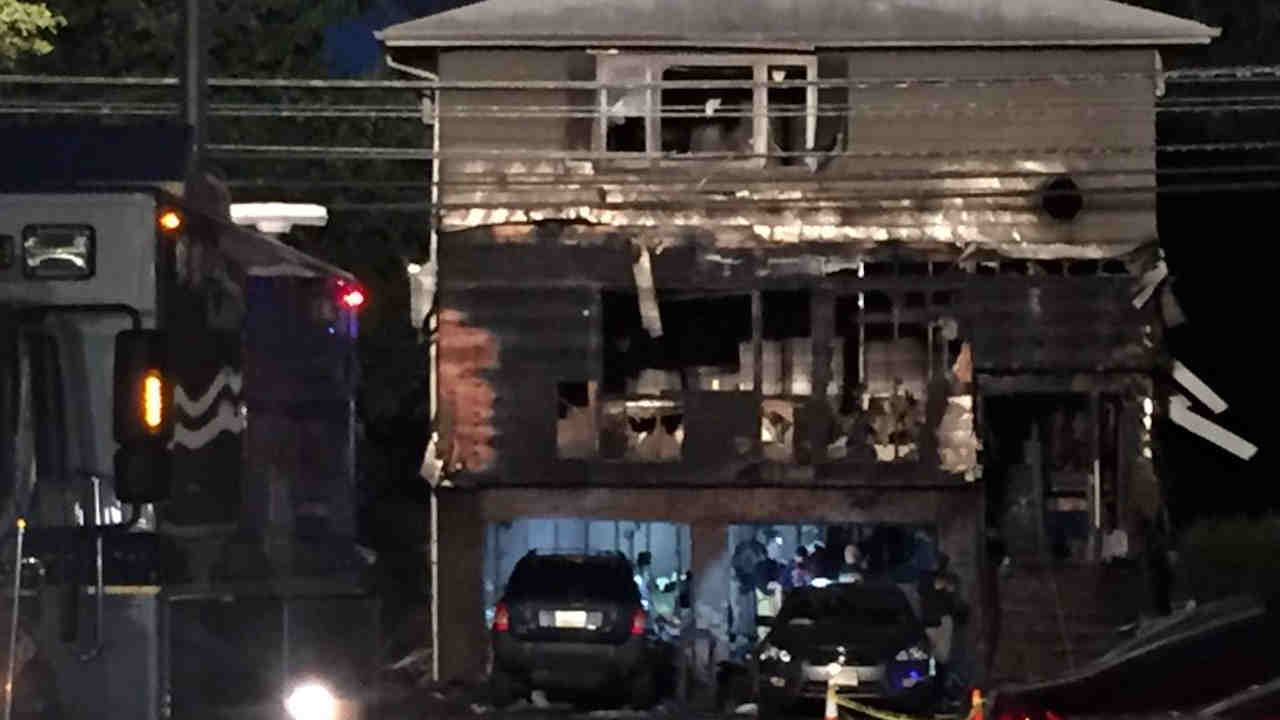 Firefighters rushed to the top floor to save the trapped victims. The girl was rushed to Hackensack University Medical Center, where she succumbed to her injuries. Her grandmother suffered burns on 90 percent of her body and was rushed to St. Barnabas Hospital in Livingston, where she later died.

The girl's mother, who jumped from a third-floor window, is also hospitalized.

"She said that she hurt herself in the back, and her face was completely full of blood," neighbor Ernest Matthews said. "I think when she jumped out the window, she landed on her face, because she was in real bad shape. So I dragged her out. I told her, 'listen, you need to get up from the floor, and we need to get you out.'"

A neighbor captured video of the fiery scene:

A police officer on patrol, identified as Lt. Chris Boel, heard a loud pop at the home and immediately called for fire and and first aid assistance. Moments later, he and other officers were helping with the rescue. 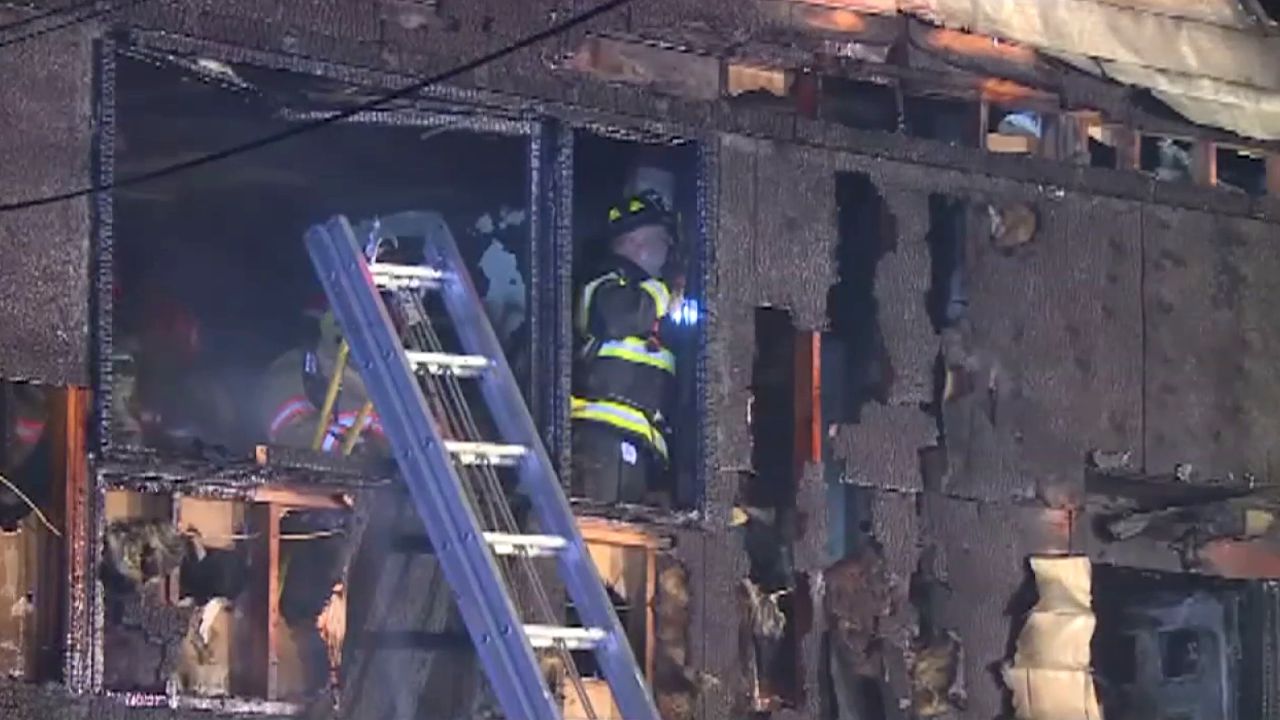 The Lucero family lives on the second floor.

"We couldn't get out through the front because of all the smoke, and nobody could breathe or see or anything," Dalia Lucero said. "So I went into my parents' room, and from there, went to the bathroom and just jumped out the window."

There on the scene, ready to catch or at least break the fall of Dalia and her two sisters, were three of Little Ferry's finest. Boel was joined by patrolmen Angelo Ratto and Domenick Verdi.

"One guy had his whole face with smoke," neighbor Rasheema Smith said. "The other people you couldn't see, because they had them in the ambulance. But you could see that they were tirelessly working on them."

Family members called Pedro Lucero who rushed to the scene to check on his son, daughter-in-law and three grandchildren. He found his son on the ground with two broken ribs and an injured neck.

"My son, when I come, he was laying down over there on the parking lot," he said. "Because he can't move."