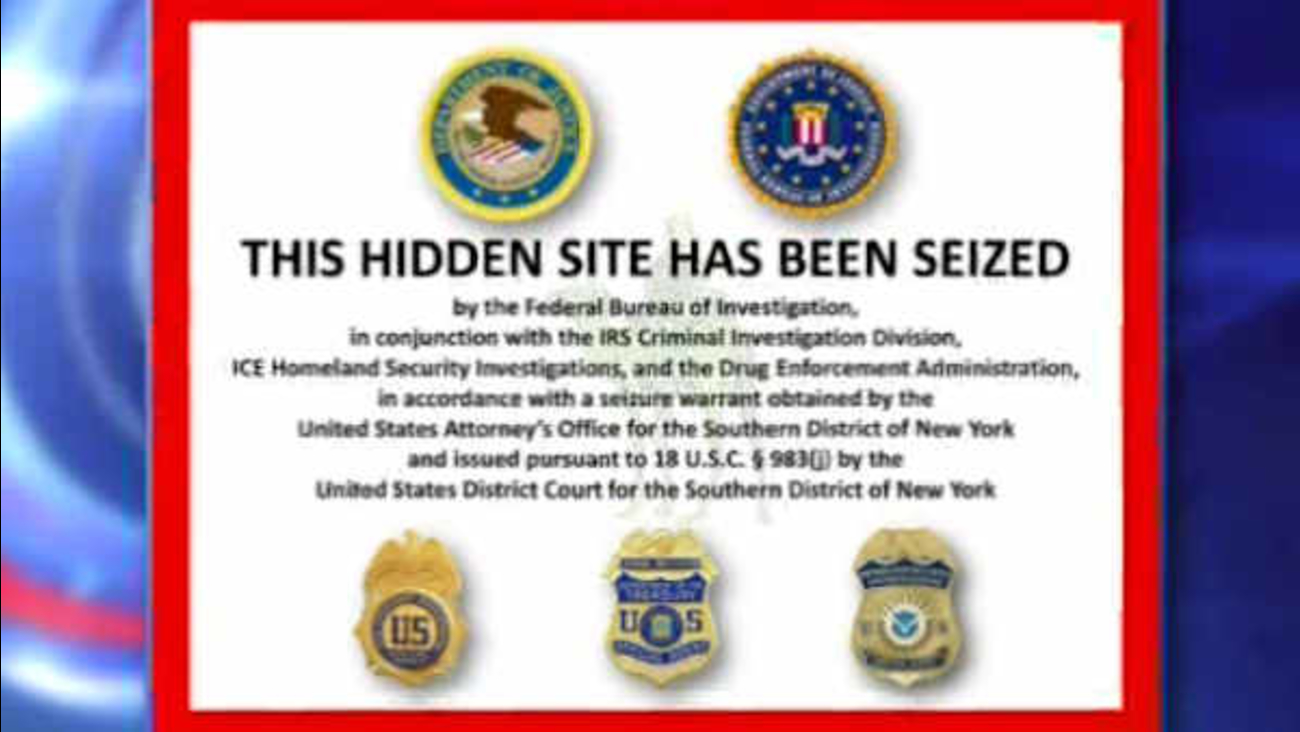 NEW YORK -- A San Francisco man was swiftly convicted Wednesday on charges he created a multimillion-dollar marketplace for illegal drugs and other contraband on the Internet by adopting the alias Dread Pirate Roberts and promising buyers and sellers anonymity through use of encryption and bitcoins.

Ross William Ulbricht was convicted of seven drug and conspiracy counts. The Manhattan federal court jury's verdict came after just over three hours of deliberations and one day after prosecutors urged jurors to follow Ulbricht's "digital fingerprints" as the mastermind of a website known as Silk Road.

Ulbricht's supporters expressed outrage after the guilty verdict was announced. After the jury left the room, one shouted, "Ross is a hero!" Another called out to him: "It's not over Ross. We love you."

The boyish-looking Ulbricht, 30, waved toward the spectators as he was led out of court. His mother, Lyn, exited complaining that the defense had been barred from putting on evidence that would help prove its claims that her son was a harmless, college-educated computer geek who was framed by others in a murky Internet world where nothing is what it seems.

"It was not a fair trial. It was not an even playing field, and I think that's a travesty," she said.

Ulbricht's sentencing in New York is scheduled for May 15, and some charges carry a maximum of life in prison.

Prosecutors had alleged that Ulbricht's website - with thousands of listings under categories like "Cannabis," ''Psychedelics" and "Stimulants" - brokered more than 1 million drug deals worth $213 million before his arrest in 2013. They also said Ulbricht collected $18 million worth of bitcoins in commissions.

At a three-week trial, Homeland Security Agent Jared Der-Yeghiayan testified that the website's shipments came to his attention in June 2011 when X-rays and canine detection dogs at Chicago's O'Hare Airport turned up envelopes from the Netherlands containing Ecstasy pills wrapped in vacuum seal and foil. By late September, he said, he learned about Silk Road and began infiltrating it, taking over staff member accounts each time someone was arrested or agreed to cooperate.

The agent testified that the website's online boss went by the alias Dread Pirate Roberts - a reference to the swashbuckling character in "The Princess Bride" - and prosecutors presented numerous instant message conversations involving a person using that persona.

Der-Yeghiayan further countered defense attempts to cast doubt on whether Ulbricht was Dread Pirate Roberts by describing communicating online with Ulbricht when he was arrested while sitting at his computer at San Francisco's Glen Park Library. Agents, he said, were instructed to snatch the laptop before arresting Ulbricht.

On it, he said, they discovered that Ulbricht was signed in as Dread Pirate Roberts and was immersed in a chat with Der-Yeghiayan, he said.

During closing arguments Tuesday, defense attorney Joshua Dratel said his client quit Silk Road soon after creating it to sell anything on the Internet and before the website was overrun by drug dealers.

But Assistant U.S. Attorney Serrin Turner said Ulbricht operated the site from beginning to end and was willing to do anything to protect it. He cited emails that he said showed Ulbricht was willing to spend hundreds of thousands of dollars to kill as many as five people he thought were threats to his operation.

Ulbricht faced no murder charges in New York, but still awaits trial in Baltimore in a murder-to-hire plot.

U.S. Attorney Preet Bharara said the conviction "should send a clear message to anyone else attempting to operate an online criminal enterprise. The supposed anonymity of the dark web is not a protective shield from arrest and prosecution."

Dratel called the verdict "very disappointing" and said it would be appealed. He also warned that the outcome could set a dangerous precedent for future prosecutions.

"One of the problems is the possibility that any one of us will be judged by things for which there is no attribution in real life," he said.