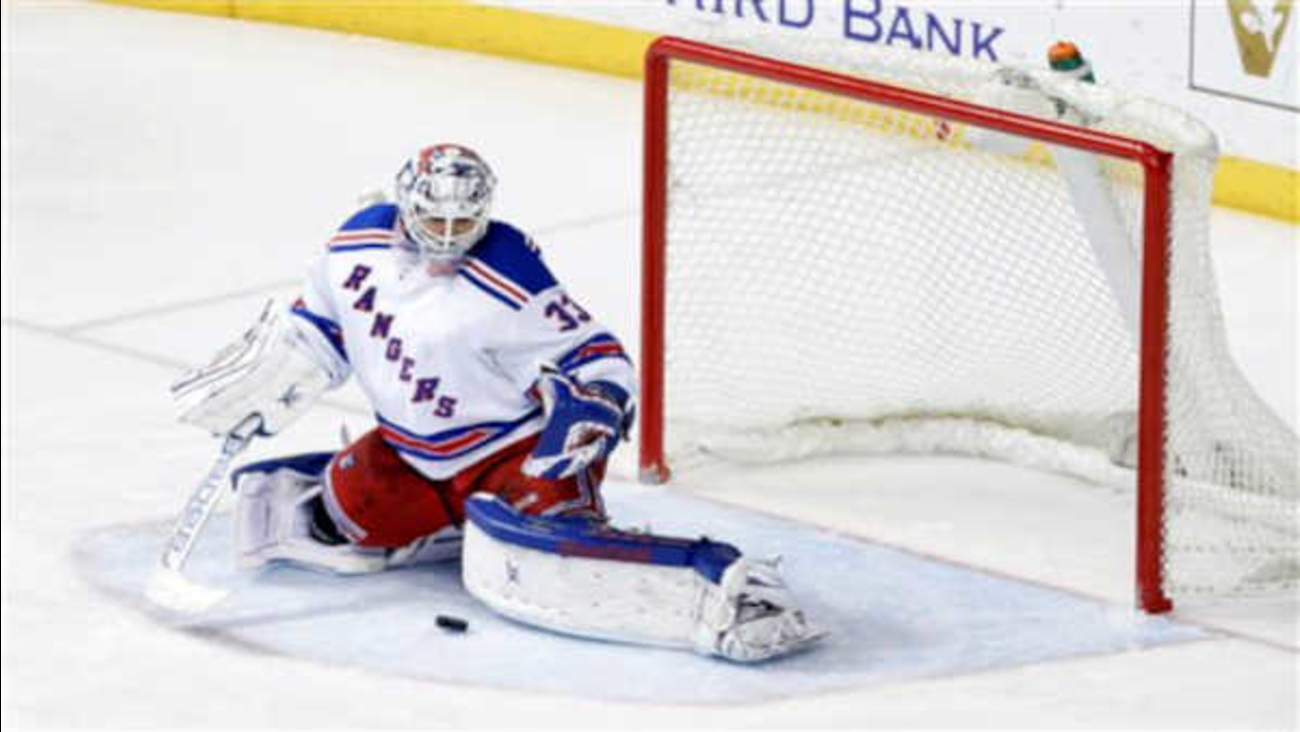 NASHVILLE, Tenn. -- Mike Ribeiro scored with 7:14 left in the third period and the Nashville Predators bounced back from a rare home loss to beat the New York Rangers 3-2 on Saturday.

The Predators, coming off their third regulation loss at home this season against Anaheim on Thursday night, improved to 11-0-1 after a regulation loss this season. Pekka Rinne made 30 saves in his second game back from a knee injury.

Ribeiro's goal was his 700th career point. Roman Josi and captain Shea Weber also scored. Josi also had an assist in giving Nashville defensemen 134 points and 36 goals this season, both the most in the NHL.

Rick Nash scored his league-leading 33rd goal, and Ryan McDonagh also scored for the Rangers. They had won three straight.

Cam Talbot got his second straight start in net for the Rangers with goalie Henrik Lundqvist out at least three weeks with a vascular injury after taking a puck in the throat a week ago. Talbot had a shutout win in his last game at Nashville last season, just 90 miles from where he played college hockey in Huntsville, Alabama.

The Rangers have been pretty dominant against Western Conference teams this season and better on the road at 7-1-0. They also had won four straight in Nashville.

The Predators lost forward Colin Wilson, tied for the team lead with a career-high 17 goals, to an upper- body injury in the first period.

When Weber went into the box for interference at 10:38, that gave the Rangers the man advantage they needed. Nash scored on a backhander from in front of an assist from Martin St. Louis at 11:49 for a 1-0 lead.

The Predators finally got the puck past Talbot late in the second. First, Josi celebrated a game where fans got his bobblehead by scoring his 10th this season on a slap shot at 18:39 off assists from Gabriel Bourque and Calle Jarnkrok. Then Weber scored his 12th on his own slap shot from the back edge of the right circle at 19:20 to put Nashville up 2-1.

The Rangers started the third with a flurry in front of Rinne, and McDonagh scored his fourth at 1:37 seconds with a wrister from the left circle.

Ribeiro wound up on the left side and beat Talbot with a slap shot at 12:46, giving Nashville a 3-2 lead that Rinne made stand up for his 30th win this season.

Notes: Nashville improved to 21-3-1 at home. ... The Rangers have scored a power-play goal in 10 of their last 19 games. ... The Predators had killed 23 straight penalties in the previous six games until Nash's power-play goal. ... Nash has 12 points (six goals, six assists) in his last 11 games against. St. Louis has points in 10 straight games against the Predators with five goals and nine assists.