Exposing infants to peanuts prevents allergies later on in life 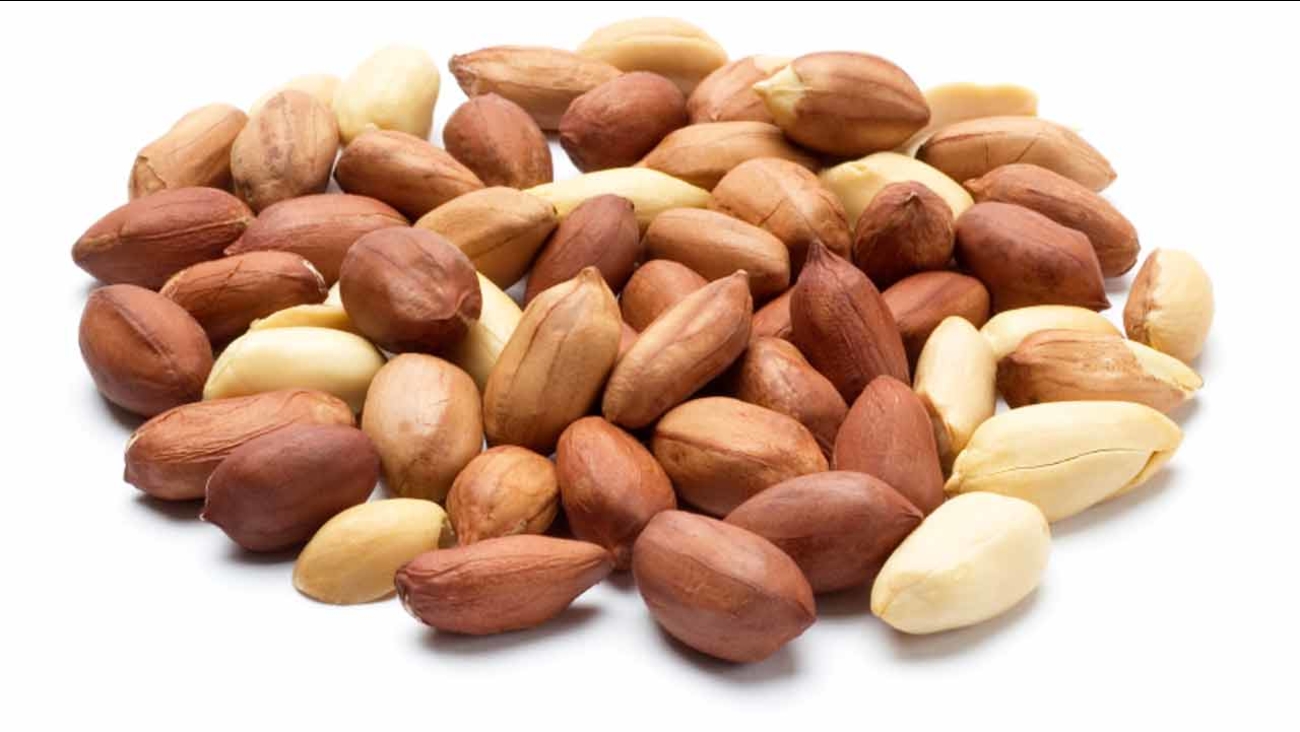 Peanuts are shown in this undated file image. (KABC)

NEW YORK -- For years, parents of babies who seem likely to develop a peanut allergy have gone to extremes to keep them away from peanut-based foods. Now a major study suggests that is exactly the wrong thing to do.

Exposing infants like these to peanuts before age 1 actually helped prevent a peanut allergy, lowering that risk by as much as 81 percent, doctors found. Instead of provoking an allergy, early exposure seemed to help build tolerance.

Dr. Anthony Fauci, director of the National Institute of Allergy and Infectious Diseases, called the results "without precedent" and said in a statement that they "have the potential to transform how we approach food allergy prevention."

His agency helped fund the study, the largest and most rigorous test of this concept. Results were published online Monday in the New England Journal of Medicine and discussed at an American Academy of Allergy, Asthma and Immunology conference in Houston.

A big warning, though: The babies in the study were checked to make sure they didn't already have a peanut allergy before they were fed foods that included peanuts, so parents of babies thought to be at risk for an allergy should not try this on their own.

"Before you even start any kind of introduction these children need to be skin-tested" to prevent life-threatening reactions, said Dr. Rebecca Gruchalla, an allergy specialist at the University of Texas Southwestern Medical Center in Dallas.

Also, small children can choke on whole peanuts, so smooth peanut butter or other peanut-based foods are safer, said Gruchalla, who wrote a commentary on the study in the journal.

The main finding - that early exposure to a problem food may keep it from becoming a long-term problem - should change food guidelines quickly, she predicted.

"Isn't it wild? It's counterintuitive in certain ways and in other ways it's not," she said.

Peanut allergies have doubled over the last decade and now affect more than 2 percent of kids in the United States and growing numbers of them in Africa, Asia and elsewhere. Peanuts are the leading cause of food allergy-related severe reactions and deaths. Unlike many other allergies, this one is not outgrown with age.

Food allergies often are inherited, but research suggests they also can develop after birth and that age of exposure may affect whether they do.

Researchers at King's College London started this study after noticing far higher rates of peanut allergies among Jewish children in London who were not given peanut-based foods in infancy compared to others in Israel who were.

The study involved more than 600 children ages 4 months to 11 months old in England. All were thought to be at risk for peanut allergy because they were allergic to eggs or had eczema, a skin condition that's a frequent allergy symptom.

All had been given skin-prick tests to make sure they were not already allergic to peanuts. They were put into two groups - 530 who did not show signs of peanut allergy and 98 others with mild-to-moderate reactions, suggesting an allergy might be developing.

Half of each group was assigned to avoid peanuts and the other half was told to consume them each week, usually as peanut butter or a snack called Bamba, a peanut-flavored puff.

The results at 5 years of age:

-Among children with no sign of allergy on the skin test: Only 2 percent of peanut eaters developed a peanut allergy versus 14 percent of abstainers.

-Among children with some reaction to peanuts on the skin test: Only 11 percent of peanut eaters developed an allergy versus 35 percent of abstainers.

Hospitalizations and serious reactions were about the same in all groups.

Questions remain: How much peanut protein do infants need to consume, how often and for how long, to avoid allergy? If a child stops eating peanuts for a while, will an allergy develop? Would the same approach work for other foods such as milk, eggs and tree nuts?

"These questions must be addressed, but we believe that because the results of this trial are so compelling, and the problem of the increasing prevalence of peanut allergy so alarming, new guidelines should be forthcoming very soon," Gruchalla and Dr. Hugh Sampson of Mount Sinai Hospital in New York write in the medical journal.

American Academy of Pediatrics guidelines used to recommend against giving children foods with peanuts before age 3, but that advice was dropped in 2008 because there was no evidence it was preventing allergies. Now, most parents introduce peanut-based foods as is appropriate for the child's age, like other solid foods.

Gruchalla thinks that babies with some signs of a peanut allergy risk, such as parents who are allergic, should have a skin test between 4 and 8 months of age. If it's negative, they should be started on peanut products as the babies in this study were. If they show some sensitivity to peanuts, a "food challenge" monitored by a doctor experienced at this should be tried.

For children who already have peanut allergies, researchers have been experimenting with small regular amounts of exposure to try to train them to tolerate those foods. But these are still experimental and must be done with the help of a doctor.