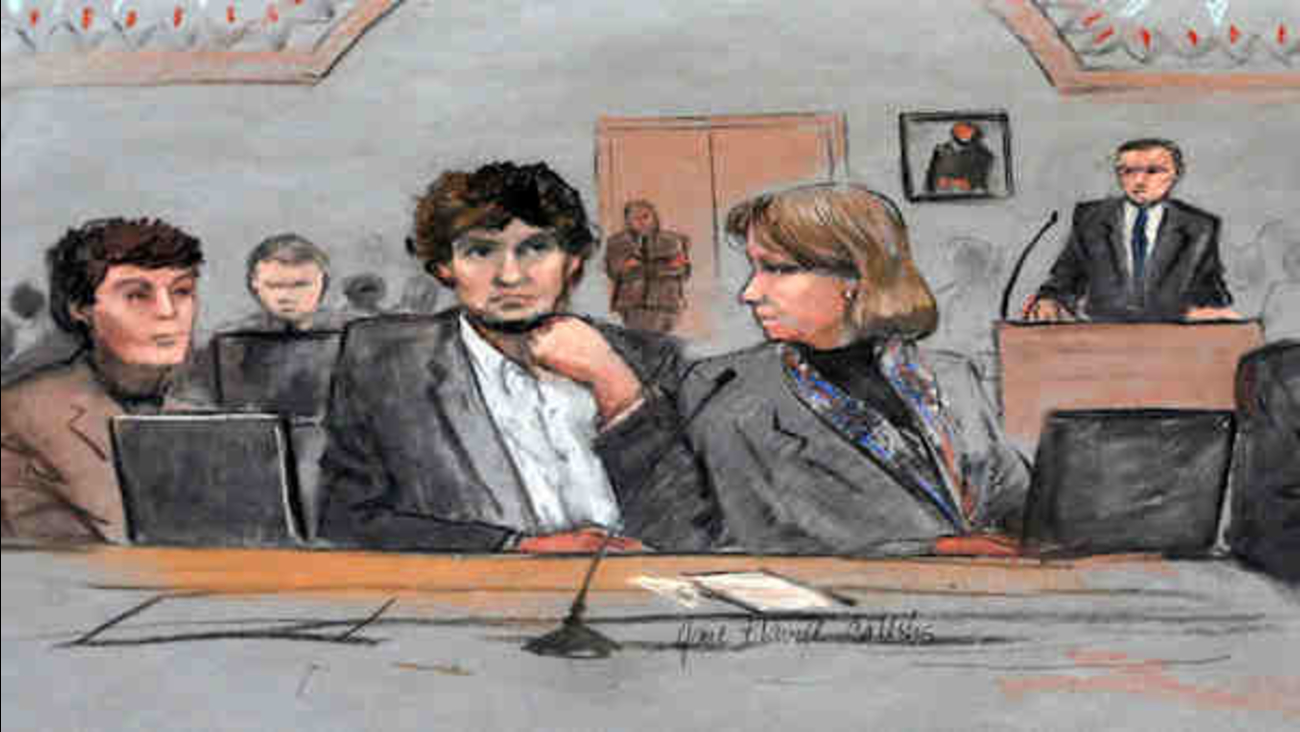 BOSTON -- Lawyers for Boston Marathon bomber Dzhokhar Tsarnaev rested their case in his federal death penalty trial Tuesday, a day after they began presenting testimony designed to show his late older brother was the mastermind of the 2013 terror attack.

The defense admitted during opening statements that Tsarnaev participated in the bombings. But Tsarnaev's lawyer said he was a troubled 19-year-old who had fallen under the influence of his radicalized 26-year-old brother, Tamerlan, who died following a shootout with police days after the bombings.

Prosecutors and Tsarnaev's lawyers will give closing arguments April 6. The jury is expected to begin deliberations the same day.

The defense has made it clear from the beginning of the trial that its strategy is not to win an acquittal for Tsarnaev, now 21, but to save him from the death penalty. Three people were killed and more than 260 were injured when two pressure-cooker bombs exploded near the finish line April 15, 2013.

If the jury convicts Tsarnaev - an event that seems a foregone conclusion because of his lawyer's admission - the same jury will be asked to decide whether he should be executed or spend the rest of his life in prison.

During its brief case, the defense called four witnesses, including a cell site analyst who showed that Tsarnaev was at the University of Massachusetts-Dartmouth when Tamerlan purchased components of the two bombs used in the attack, including pressure cookers and BBs.

On Tuesday, an FBI fingerprint examiner testified that Dzhokhar's fingerprints weren't found on any of the marathon bomb components, but Tamerlan's were.

Elaina Graff said Tamerlan's prints were detected on two pieces of cardboard that came from one of the bombs used at the marathon and on a piece of paper found inside a backpack used to carry a bomb.

Graff said prints belonging to both brothers were found on another bomb recovered from the scene of a gunbattle with police days after the marathon attack. That bomb, which was not detonated, consisted of explosive powder and fuses packed inside a plastic container with a fuse protruding from the lid.

While being cross-examined by Assistant U.S. Attorney William Weinreb, Graff said it can be difficult to find fingerprints at bombing sites. "Due to the extreme temperature and force in an explosion, it is not unusual to not find fingerprints on items," Graff said.

Also testifying for the defense Tuesday was a computer expert who said Tamerlan Tsarnaev did Internet searches on bomb components in the weeks before the attack.

Tsarnaev's lawyer also told jurors in opening statements that it was Tamerlan who shot and killed Massachusetts Institute of Technology police Officer Sean Collier three days after the bombings.

Prosecutors rested their case Monday after calling more than 90 witnesses over 15 days of testimony, including bombing survivors who described losing limbs in the attack.

Jurors saw gruesome autopsy photos of the three killed: 8-year-old Martin Richard, a Boston boy who had gone to the marathon with his family; 23-year-old Lingzi Lu, a graduate student from China who was studying at Boston University; and Krystle Campbell, a 29-year-old restaurant manager.