Attorney General: Government will use power to change situation in Ferguson 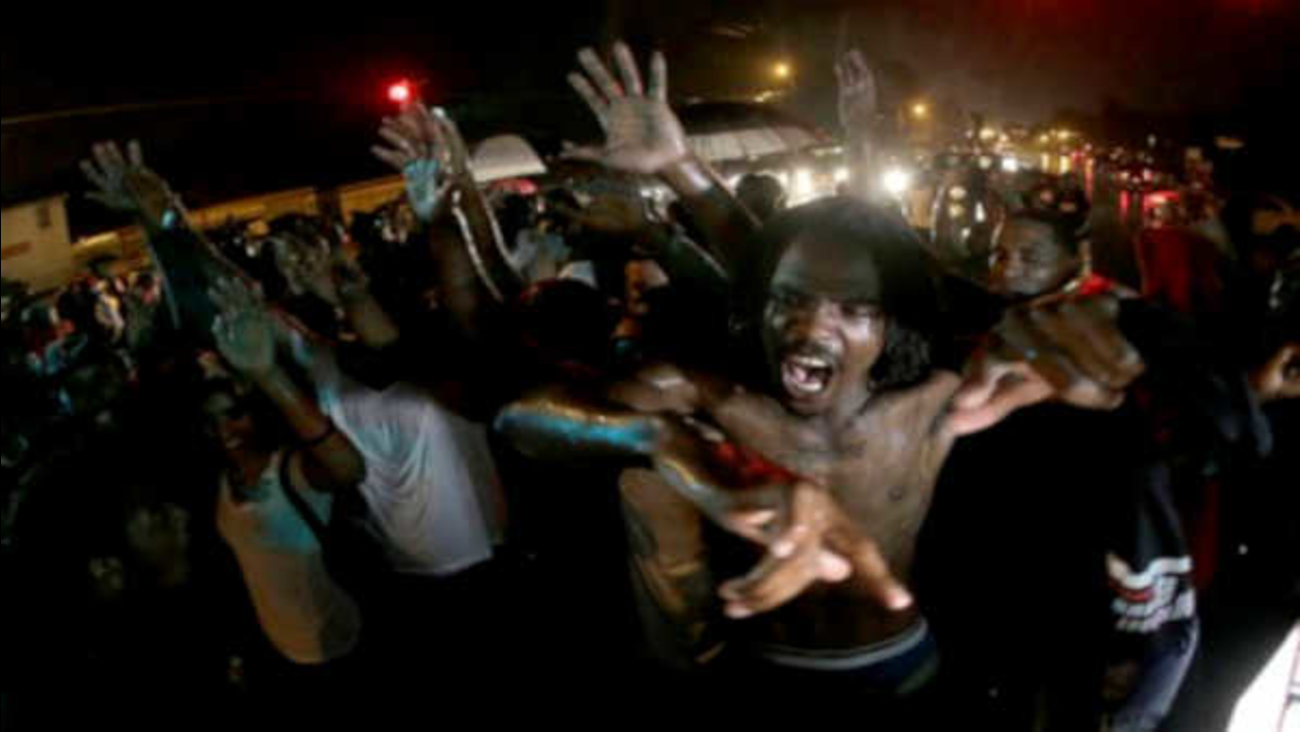 ST. LOUIS -- Ferguson Police Chief Tom Jackson was still on the job Friday, two days after a government report blasted his beleaguered department for years of racial profiling, and the mayor refused to speculate about the chief's future, saying his role was not to "just chop heads."

Meanwhile, three Ferguson employees implicated in racist emails exposed by that report are now gone from their jobs, the mayor said. One was identified as a city court clerk.

Calls for Jackson's removal were renewed again this week after the Justice Department cleared Darren Wilson, the white former Ferguson officer who shot Michael Brown, of federal civil rights charges in the death of the 18-year-old, who was black and unarmed.

A second report released simultaneously found patterns of racial profiling, bigotry and profit-driven law enforcement and court practices in the St. Louis suburb that has come to represent the tension between minorities and American police nationwide.

Attorney General Eric Holder told reporters Friday that the federal government will "use all the power that we have to change the situation" in Ferguson, including possibly dismantling the police force.

"If that's what's necessary, we're prepared to do that," Holder said while accompanying President Barack Obama on a trip to South Carolina.

Asked about Jackson in an interview with The Associated Press, Mayor James Knowles III said only, "He's still the chief."

Knowles said city leaders are evaluating the Justice Department report "line by line" before deciding on reforms. His focus now is on understanding the report, then moving forward with whatever changes are needed.

"I'm not here to just chop heads," Knowles said. "We have to evaluate everything in the report, pick out what are the systemic issues and what are the things we can fix."

Jackson did not respond to interview requests on Friday but has repeatedly said he would not step down.

Ferguson city leaders will meet with Justice Department officials in about two weeks and provide a plan for improving the police force and the municipal court system, Knowles said.

"They want to hear what we will do," Knowles said. "We're going to hopefully work out some sort of agreement and we'll move forward.

"We've got to come up with solutions now," Knowles said.

Some experts believe the first step toward a solution is change at the top.

Larry Cunningham, professor and associate dean at St. John's University School of Law in Queens, New York, said the removal of the chief is key to healing the racial wounds in the suburb.

"He should absolutely not stay in office and should step down," said Cunningham, a former prosecutor in Virginia and the Bronx. "The report details a widespread pattern and practice of abuse and discrimination and dysfunction. Because it is widespread and systemic throughout the entire police department, the buck stops at the top - the person in charge - and that's the chief."

The report uncovered racist emails from several city employees, including some that belittled black residents or President Barack Obama. Knowles said three employees responsible for the emails ended their employment with the city on Thursday. He declined to say if they were fired or resigned and would not provide their names or titles.

But Ferguson city spokesman Jeff Small identified one of the employees as court clerk Mary Ann Twitty, who was fired. He said the other two employees worked for the police department, but he did not name them. A message left for Twitty was not returned.

The mayor said he first learned of the emails Wednesday after meeting with Justice Department officials in St. Louis. He said he was so incensed that he ordered the accounts of all three employees disabled while he was in the car returning to Ferguson after the meeting.

Knowles said there was no evidence that Jackson or other police administrators were aware of the emails.

The Justice Department report on the police department found that black drivers were more than twice as likely as others to be searched during routine traffic stops. Minority residents bear the burden of fines and court costs expected to generate $3 million this fiscal year. Black residents were more likely to face excessive force from police, often during unwarranted stops.

Some have called on the city to dissolve the 54-officer police force and allow either St. Louis County or a neighboring municipality to take over patrols. Knowles said there is "zero" percent chance of that happening.

"I don't say that defiantly," he said. Residents "have been asking us to keep our own department and for the citizens to have input in making changes."

Knowles said he was disappointed that Justice Department officials waited until releasing the report to advise him and other city leaders of some of the problems.

"There's a lot of things they could have told us sooner and we would have dealt with it," he said.

Still, he said, it is clear that his community will benefit from the scrutiny.

"Ferguson is going to end up being reformed," Knowles said. "You can't draw any conclusion other than Ferguson will be better after this."