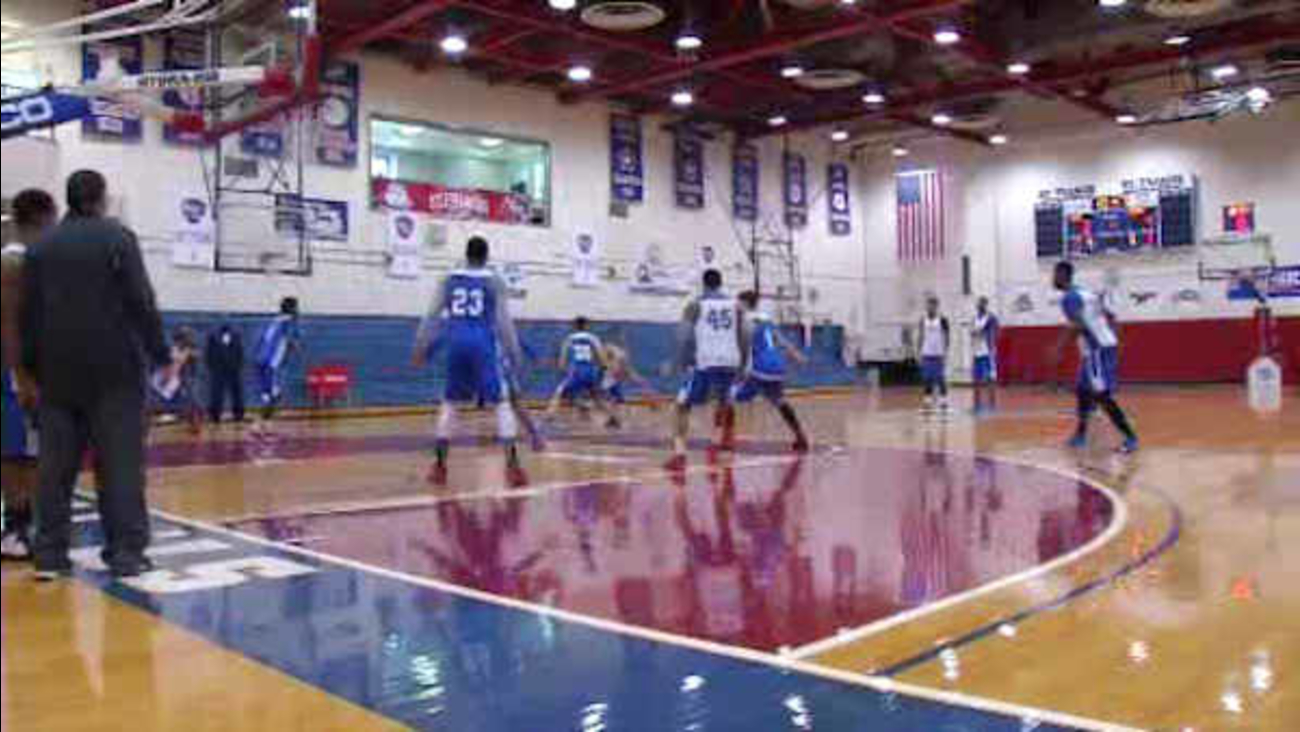 BROOKLYN HEIGHTS (WABC) -- St. Francis lost to Robert Morris 66-63 in the Northeast Conference championship game Tuesday night, as the Brooklyn school failed in its attempt to reach the NCAA tournament for the first time in its history.

The top-seeded Terriers had a chance to tie with 2.4 seconds left when Tyreek Jewell, who scored 19 points and was their best player on this night, went to the line after being fouled shooting a desperation 3-pointer.

Jewell missed the first, back-ending the shot and then the second. He intentionally missed the last one, but Robert Morris got the ball back and was quickly fouled. Elijah Minnie missed a free throw that would have sealed it and Lowell Ulmer's heave from beyond half-court hit the back of the rim, took a high bounce and then missed again.

Glenn Sanabria of St. Francis made a long 3 from straight on with 16.2 seconds left to cut Robert Morris' lead to 64-63 and put the Pope Center on the brink of bursting with chants of" S-F-C!!"

Students at the school in Brooklyn Heights had rallied behind their team in its bid to erase years of frustration.

"We're a working-class, hard-core Brooklyn basketball team and our fans come from that same background. They are the pride and joy of St. Francis College, and reflect how great the student body is," said tournament director Robert Oliva.

The tiny college has a student body of just under 3,000, and an arena to match.

The gym has barely enough room for 1,000 screaming fans to watch the game in rows of plastic bleacher seats.

Others watched ESPN in the auditorium on a movie screen. But despite the loss, the biggest winner will be the school's alumni association.

"Yesterday someone paid for the ticket for $30 and said hold on, let me give you another $500. We keep getting phone calls like that, that'll be great for St. Francis College," said alumni relations director Dennis McDermott.

St. Francis has played 76 seasons, and more than 1,800 games, but never appeared in the NCAA's.

St. Francis, the top seed in the Northeast, lost to Monmouth in 2001 and Wagner two years later with a bid on the line, but remains one of just five schools that have never made the NCAA tournament's ever-expanding field since the modern reclassification of Division I in 1948.