American citizen accused of conspiring to provide support to terrorists 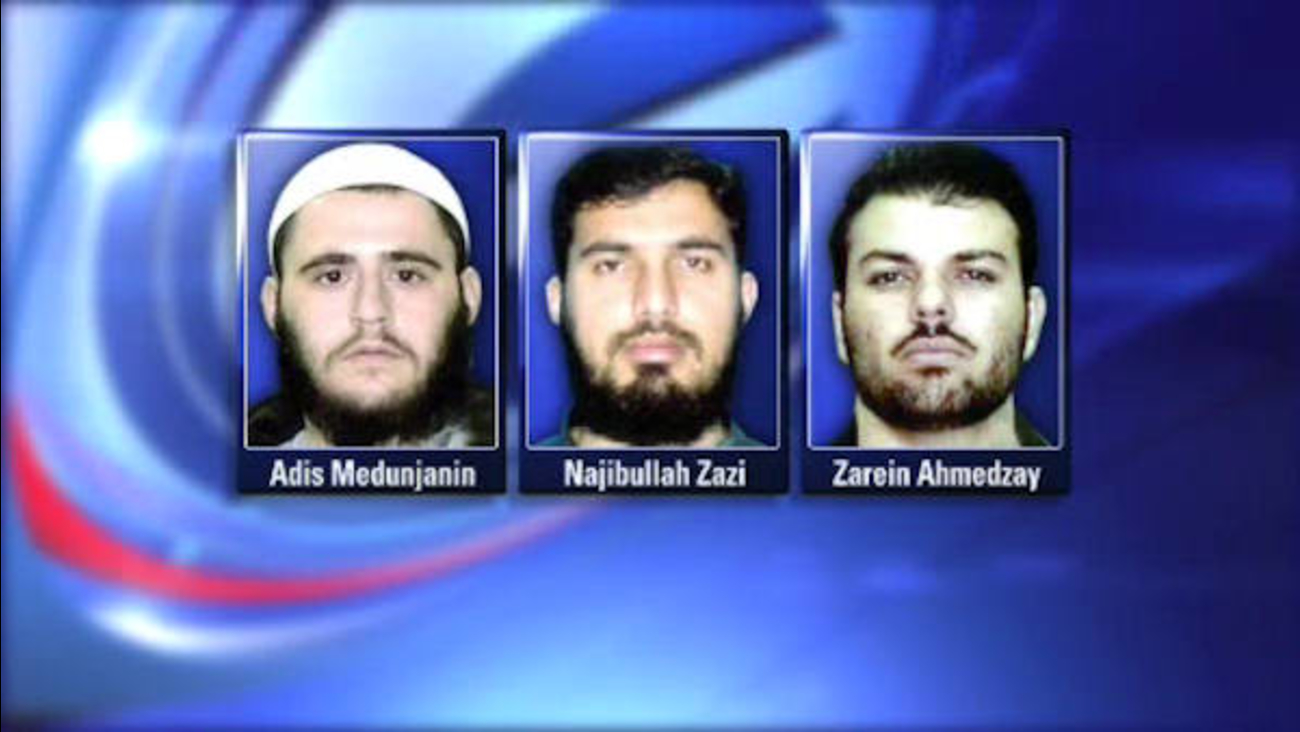 NEW YORK (WABC) -- An American citizen was charged Thursday with conspiring to provide material support to terrorists, after authorities say he supported a conspiracy to kill Americans and carry out attacks against the U.S. military.

U.S. Attorney Loretta Lynch was joined by NYPD Commissioner William Bratton and other officials in announcing that a complaint and arrest warrant were unsealed in federal court charging Muhanad Mahmoud Al Farekh.

Farekh was actually detained by Pakistani forces several weeks ago, and when his identity was confirmed, he was secretly flown to Brooklyn to face federal terrorism charges. On the way, he was questioned by a group of FBI, CIA and Pentagon officials who make up the High-Value Detainee Interrogation Group, an indication of his potential evidencery worth. He was then advised of his Miranda rights.

"Today's arrest demonstrates that there is no escape from the long reach of our law for American citizens who seek to do harm to our country on behalf of violent terrorist," Lynch said. "We will continue to use every tool at our disposal to bring such individuals to justice."

According to the complaint, Farekh conspired with others to provide material support to terrorists and specifically to provide personnel to be used in support of efforts to kill American citizens and members of the U.S. military abroad.

Some time around 2007, Farekh, an individual named Ferid Imam and a third co-conspirator left Canada for Pakistan with the intention of fighting against American forces. They did not inform their families of their plan before departing, but called a friend in Canada upon arrival to let him know that he should not expect to hear from them again because they intended to become martyrs.

According to public testimony in previous criminal trials, in approximately September 2008, Ferid Imam provided weapons and other military-type training at an al-Qaeda training camp in Pakistan to three individuals - Najibullah Zazi, Zarein Ahmedzay and Adis Medunjanin - who intended to return to the United States to conduct a suicide attack on the New York City subway system.

Zazi and Ahmedzay pleaded guilty pursuant to cooperation agreements and have yet to be sentenced; Medunjanin was convicted after trial and sentenced to life imprisonment.

Ferid Imam has also been indicted for his role in the plot.

"The NYPD will continue to work with our law enforcement partners to investigate and arrest individuals who choose to work alongside terrorist organizations and threaten the lives of Americans," Bratton said. "We applaud the investigators and prosecutors whose efforts led to this arrest."

Farekh, also known as Abdullah al-Shami, was once thought by some to be a top operative in al-Qaeda. He was born in Texas but moved with his family at a young age to Jordan, where he also has citizenship.