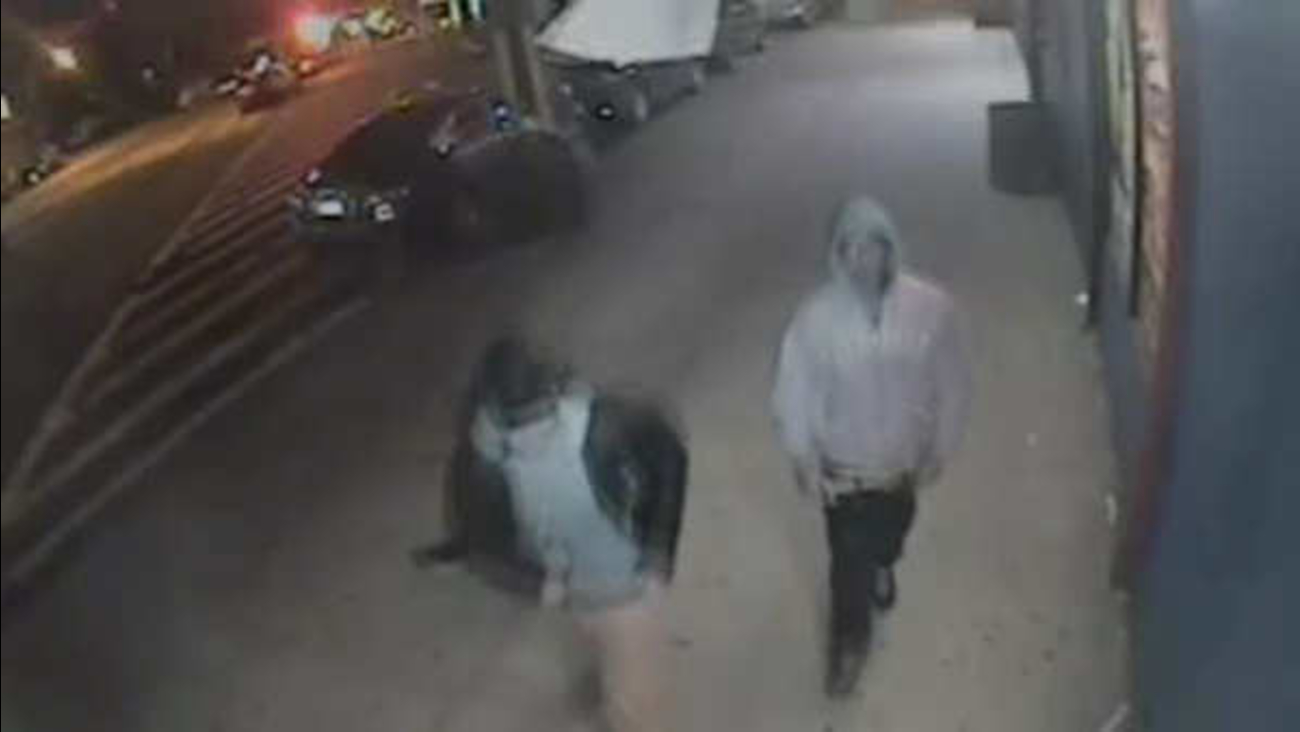 NEW YORK (WABC) -- Police are searching for two men accused of attacking and robbing a man at a Bronx subway station.

Surveillance video shows the suspects running away after the attack.

It happened March 28th at 4 a.m. at the Bronx Park East subway station.

Investigators say the 32-year-old victim was walking down the staircase at the station when he was approached by two men who demanded his backpack and wallet.

When the victim refused, the suspects forced him to the ground kicking and punching him numerous times about the face and body while forcibly removing his wallet and then fled the scene, according to police.

The victim went to Jacobi Hospital here he was treated for his injuries and released.