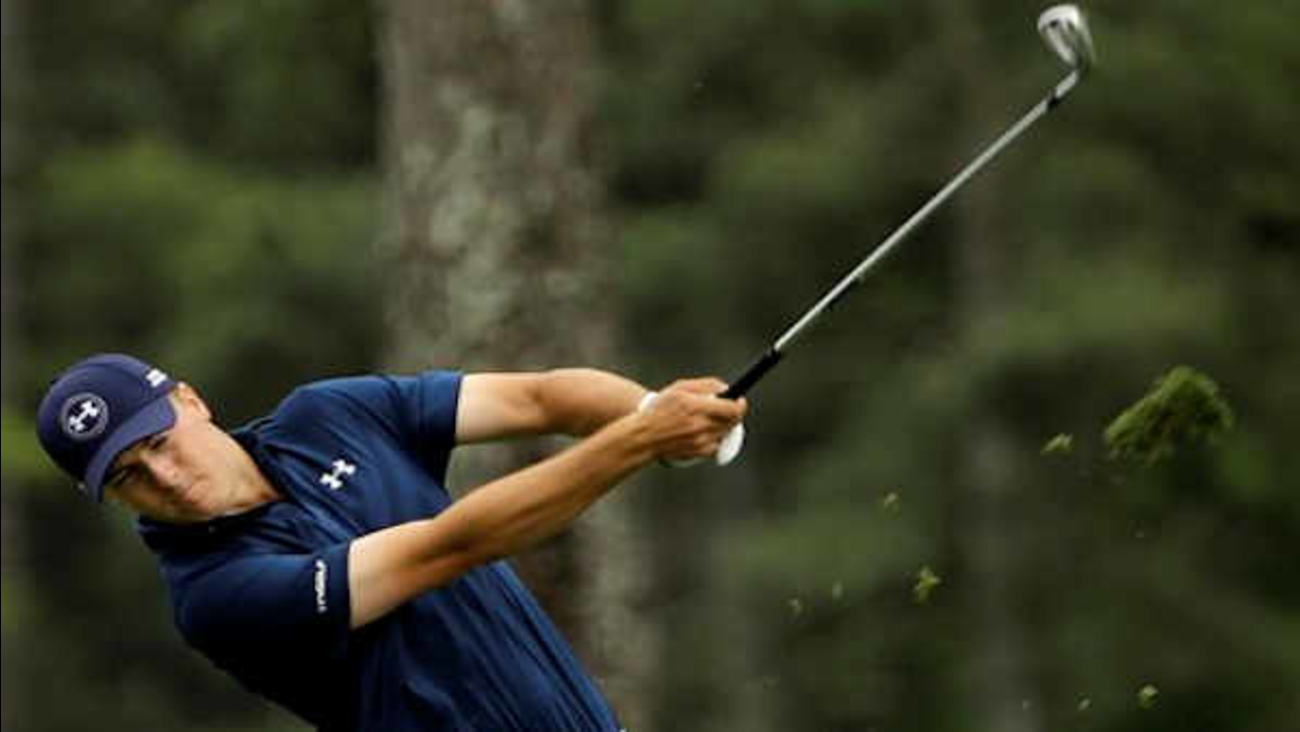 AUGUSTA, Ga. -- Jordan Spieth got more than redemption and a green jacket Sunday. He took his place among the best in the game with a Masters victory for the ages.

One year after he lost a bid to become the youngest player to win the Masters, the 21-year-old Texan turned in one of the most dominant wins ever at Augusta National. He never let anyone get closer to him than three shots after his record start. He never gave anyone much hope on Sunday.

Spieth closed with a 2-under 70, missing a 5-foot par putt on the final hole that would have set yet another record. Instead, he tied Tiger Woods at 18-under 270.

For all the talk about the Grand Slam bid by Rory McIlroy and the return of Woods, this week was about the arrival of another star.

"It's awfully impressive," McIlroy said after finishing fourth. "It's nice to get your major tally up and running at an early stage in your career. It's great to see, great for the game, and I'm sure there will be many more."

Spieth became the first wire-to-wire winner at the Masters since Raymond Floyd in 1976, and this might have been even more special. Craig Woods in 1941 is the only other Masters champion who led by at least three shots from the opening round to the trophy presentation.

Phil Mickelson tried to make a run. So did Justin Rose. Neither got closer than three shots at any point, and it wasn't long before Spieth was making another birdie putt to take the drama out of the back nine.

Mickelson (69) and Rose (70) tied for second. It was the 10th time Mickelson has been runner-up in a major. Woods jarred his right wrist then he struck wood under the pine straw on the ninth hole. He recovered and closed with a 73, 13 shots behind.

Spieth won for the third time on the PGA Tour and fifth time worldwide. He will rise to No. 2 in the world, still a ways to go to catch McIlroy at the top. When McIlroy won back-to-back majors last year to establish himself as the game's best player, the quest was to find a rival.

Spieth answered that this week on perhaps the biggest stage in the sport with his record-setting week at Augusta.