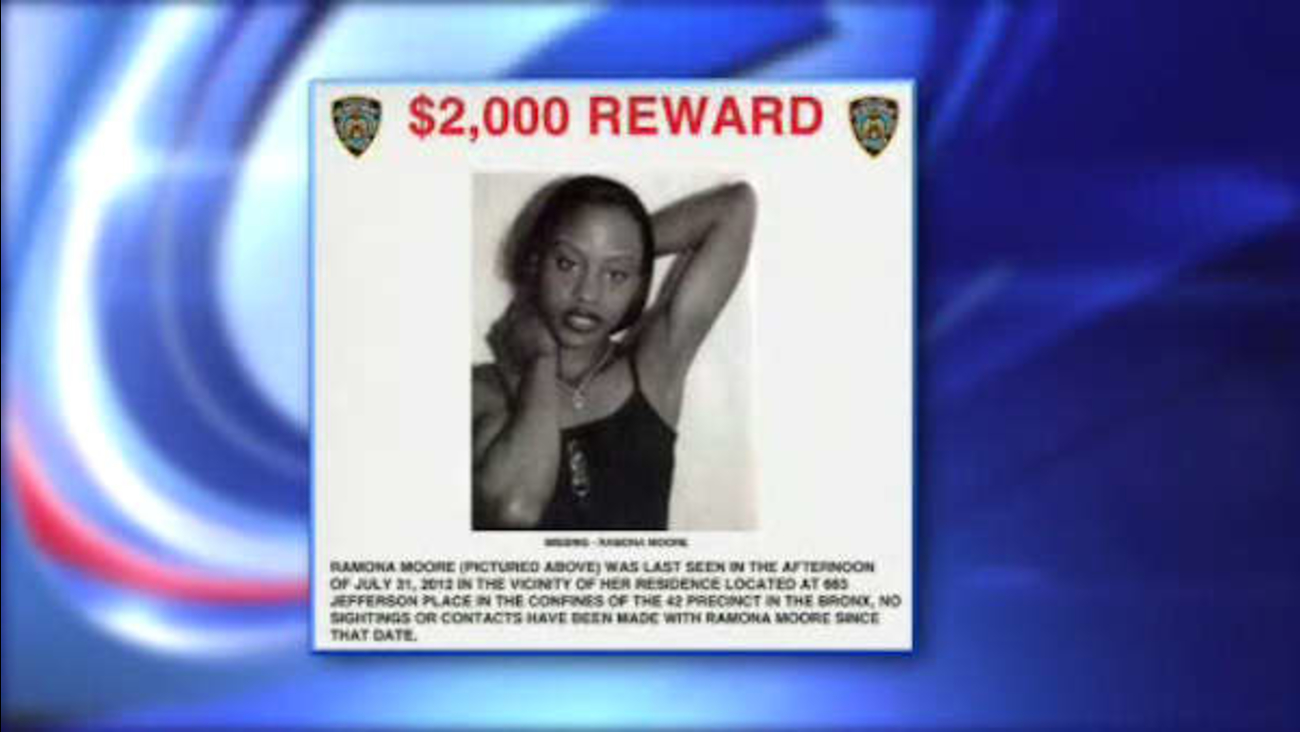 ORANGE, N.Y. (WABC) -- Authorities have positively identified remains found by construction workers in Orange County as a Bronx woman who went missing in 2012.

Ramona Moore's body was found by utility workers in Blooming Grove Friday morning. They were cutting trees the woods just off Route 208 and Captain Carpenter Road when they made the discovery.

Her identity was confirmed by DNA on Monday, according to police. Moore vanished from her Bronx home on July 31, 2012.

The suspect in her murder, Nasean Bonie, 29, was indicted and returned to court Wednesday for a hearing. Bonie, who was the superintendent of her building, was charged without a body.

Moore was a Section 8 tenant in the building owned by Bonie's then wife, and authorities say the dispute was not over Section 8 payments, but of a more personal nature, that he was attempting to extort additional money from Moore.

In a separate case, Bonie was sentenced to fours years plus an additional three post-release supervision for assaulting his wife with a tray table, a belt and his fists on July 12, 2012. The assault happened a couple of weeks before Moore was reported missing.

In is unclear why Moore's body was dumped in Orange County. Her remains are to be transferred to the New York City Medical Examiner's Office so a forensic anthropologist can attempt to determine cause and manner of death.

Anyone with information are asked to contact the State Police Burea of Criminal Investigation at the Monroe barracks at 845-782-8311.