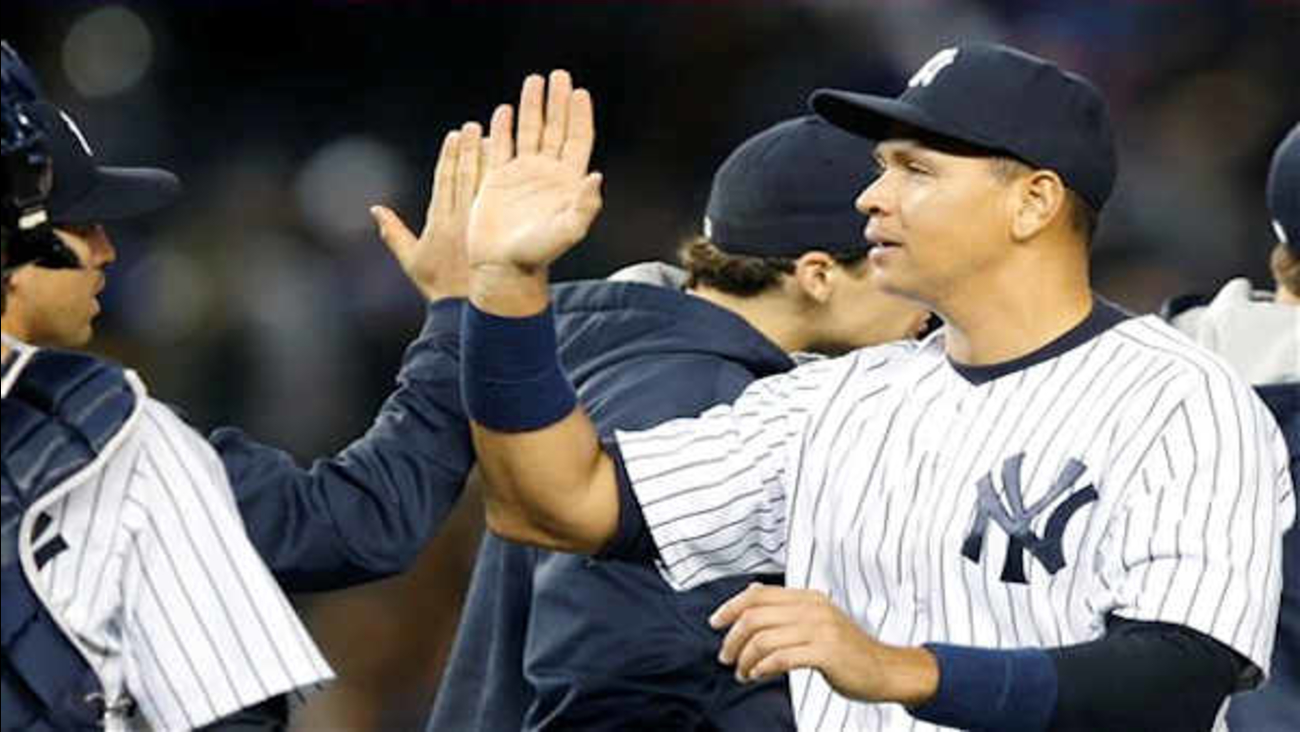 BRONX -- Alex Rodriguez hit his 659th home run to move within one of Willie Mays for fourth place on the career list, and the New York Yankees took advantage of one mistake after another by the suddenly sloppy New York Mets in a 6-4 victory Sunday night.

After falling behind early, the Yankees scored four times in the second inning off Jonathon Niese and took two of three in the first Subway Series of the season.

The crosstown rivals meet again at Citi Field in September.

Rodriguez connected in the first inning at Yankee Stadium. He drove a 2-2 curve from Niese (2-1) to right-center, with the ball bouncing off the top of the fence for a solo shot.