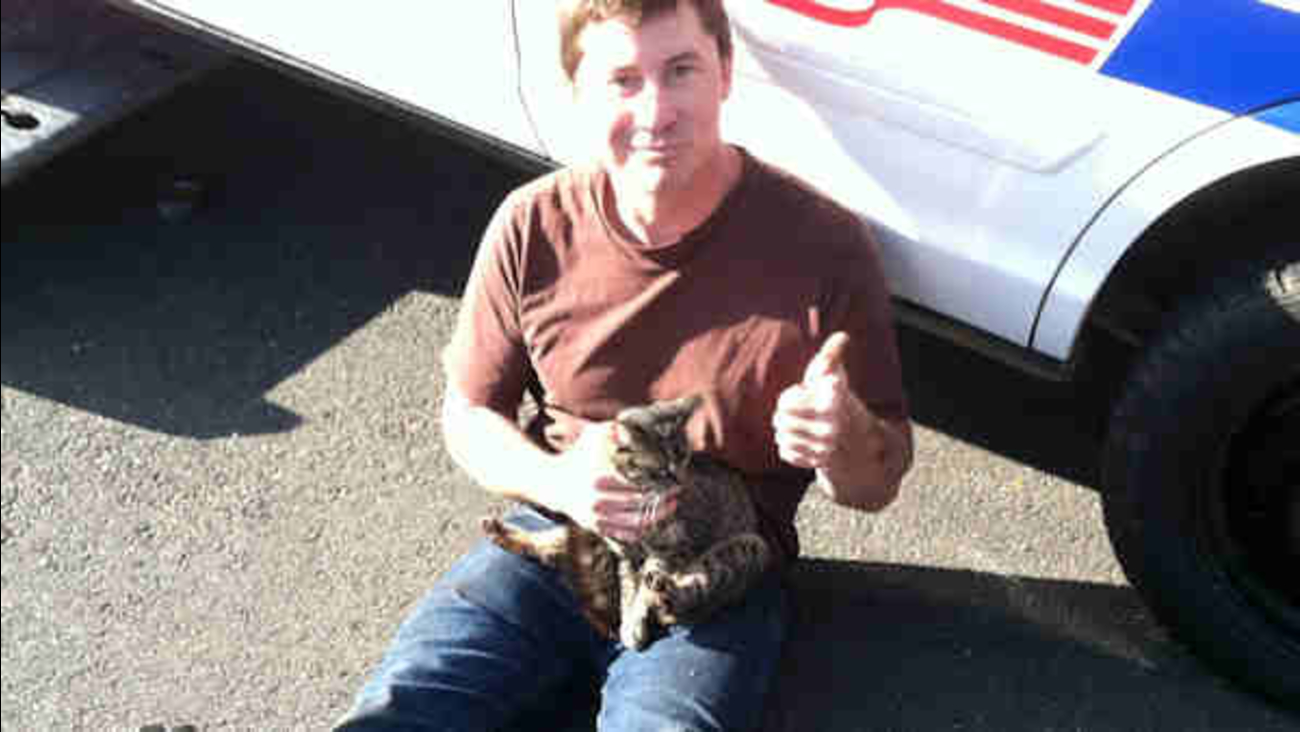 Runaway cat rescued from inside police car in Middletown, NJ

MIDDLETOWN, NJ (WABC) -- Some police officer in New Jersey helped a wayward feline hang on to one of its nine lives over the weekend.

On Saturday, April 25, a motorist reported observing a cat straddling the concrete divider in the middle of State Highway 36 in Middletown.

With cars speeding in both directions, officers stopped traffic in the area of Thompson Avenue in Leonardo and attempted to retrieve the cat.

As officers began to approach, the cat leaped from the barrier and disappeared under Officer Fenezia's police car.

Officers checked beneath the patrol car and found the panic stricken cat deep in the recesses of the car's undercarriage.

With the assistance of the tow truck, the rescuers were eventually able to free the cat which fortunately was completely unharmed during this whole event.

The cat did not have a pet micro-chip and was not wearing any identifying collar or tags at the time.

Authorities have been unable to locate an owner and placed the cat with the Humane Society.

The cat is described as being a gray tiger striped cat between approximately 9 and 12 months old.

The owner can retrieve the lost cat by contacting the Middletown Health department at 732-615-2095.