7 On Your Side: Con Ed towed car conundrum 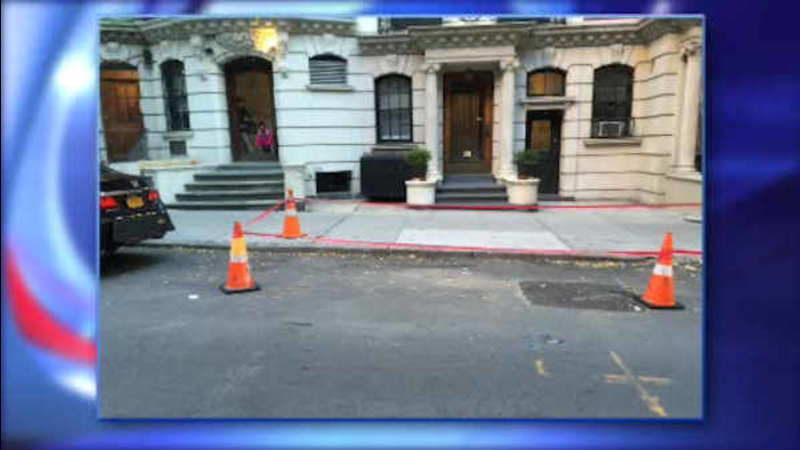 NEW YORK (WABC) -- Parking your car on New York City streets can be daunting enough. So when the car is randomly towed, without your knowledge, what do you next?

One couple turned to 7 On Your Side for help all drivers can use.

It's not just the police, who can legally tow and relocate your car. We learned utilities can do it too.

But, we found some companies don't have any set of rules for notifying car owners. So uncovering who towed your wheels may take some sleuthing.

"It's a complete mystery." One realtor Larry Braverman had little time to solve. He had parked his Honda Pilot in a legal spot near his building at night.

But the next morning, when he needed his wheels, fast to catch a flight to Los Angeles?

"The first thought are that someone stole it," said Braverman.

His car was gone. In its place a space, cordoned by Con Edison cones and tape with a sign.

"It said Con Ed, no parking 6am to 4pm. I realized it was Con Ed," said Braverman.

This was news to him, he saw no warning signs anywhere on the block the night before. And when Larry called the electric utility to find out about his car he got a shock.

"They said they didn't start work until 11 o'clock and they have no records of anything being towed either," said Braverman.

So, he took a walk to his local precinct but got no answers from police either. But on the walk back, "I came to the corner and turned to the right and said, 'Isn't that our car?' And there it was," said Braverman.

There it was, his Pilot now parked on Broadway around the corner from where he left it.

To boot, it had a parking ticket on it, flagged for violating street cleaning rules. Plus, he missed his flight.

He lost an invaluable day off, plus another $100 down the drain.

So we called Con Ed. And in just hours, it found one of their contractors did admit to towing it. But said no parking signs were posted the night before and somehow got taken down.

"When you guys got involved, I got some resolution," said Braverman.

Mystery solved and payback in full. "I appreciate all your help and your efforts fighting for the little guy," beamed Braverman.

Con Ed told us it's now re-evaluating it's signs, to include contact phone numbers so car owners can easily track down their wheels.

The big takeaway: if your car's missing, contact the police first. Most likely you're towed for tickets but can be relocated if your car is in the way of an emergency parade, demonstration or street fair.

If the police don't have it, look around the area where your car was for any signage clues.

And if you're picking your towed car up, bring your registration, driver license and proof of insurance you'll need that to get your car released.

In addition, we asked Con Edison's spokesperson some questions and got the following answers:

7 On Your Side Question: Does Con Edison have to notify car owners before towing?

Answer: Con Edison, or our contractors, post no parking signs 24 hours in advance to notify vehicle owners that work is proposed on the local streets when parking is known to be difficult in that area. (In this particular instance the area was posted the previous Friday.) Although most of our work is coordinated around alternate side parking, some vehicles are not moved by the owners. This is a typical reason why we post no parking signs. During emergencies, when the work is not planned, Con Edison will relocate cars without notice. This is similar to what the city's emergency services do when access is needed.

Q: Once Con Edison (or it's contractor) tows/relocates the car, how would one find that out? Where do they call? Is the NYPD notified too? (In this case, this car owner said he called ConEd numerous times, and went to his precinct, and nobody could tell him where the car was or who towed it.)

A: The wording used on the no parking signs was given to us by the city some time ago. The information on the sign does not indicate who moved a vehicle or where it was moved. When vehicles are moved, they are typically relocated close to where they were originally parked. In addition to posting no parking signs, Con Edison and our contractors make a concerted effort to notify owners when their vehicles need to be moved. We speak with store owners, doormen and residents to find the vehicle's owner.

Q: Does Con Edison have any plans to change the way it notifies car owners after the cars are towed?

A: Con Edison is currently re-evaluating the information offered on the no parking signs. Including a project contact phone number would allow vehicle owners a way to obtain information on their vehicle.

Q: How many cars does Con Edison tow/relocate per year?

A: We do not maintain an exact count, since we relocate cars in emergencies. The number of vehicles moved for routine work in areas where parking is tight is limited to a few times per year.