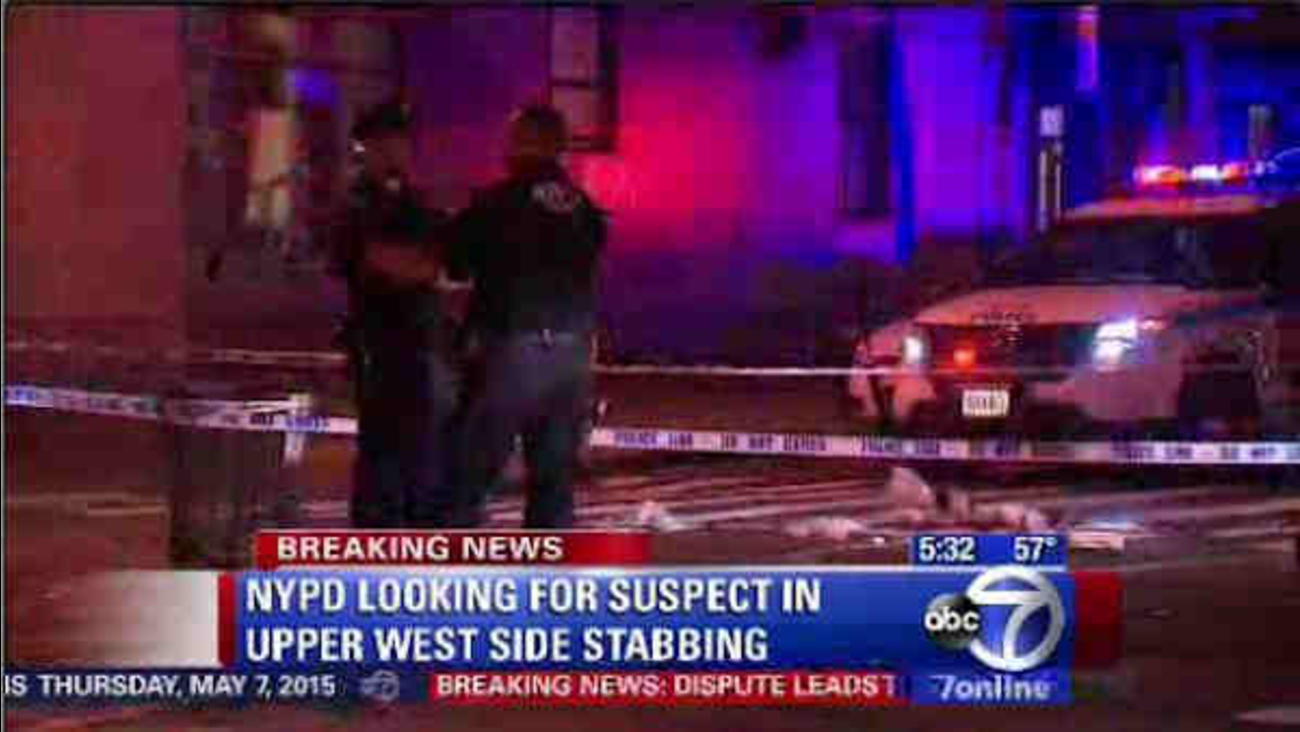 NEW YORK CITY (WABC) -- A man was stabbed on the Upper West Side Thursday morning during a dispute.

The victim got into a dispute with two men at Amsterdam Avenue and West 73rd Street, and one of them stabbed him just before 3:30 a.m.

He was slashed in the back and shoulder. His wounds were "superficial" and he was taken to St. Luke's Hospital in stable condition.

Police were looking for the suspect who fled the scene reportedly covered in blood. The suspect with the knife was described as 5 feet 9 inches, thin, wearing a dark jacket with a hood and dark pants.