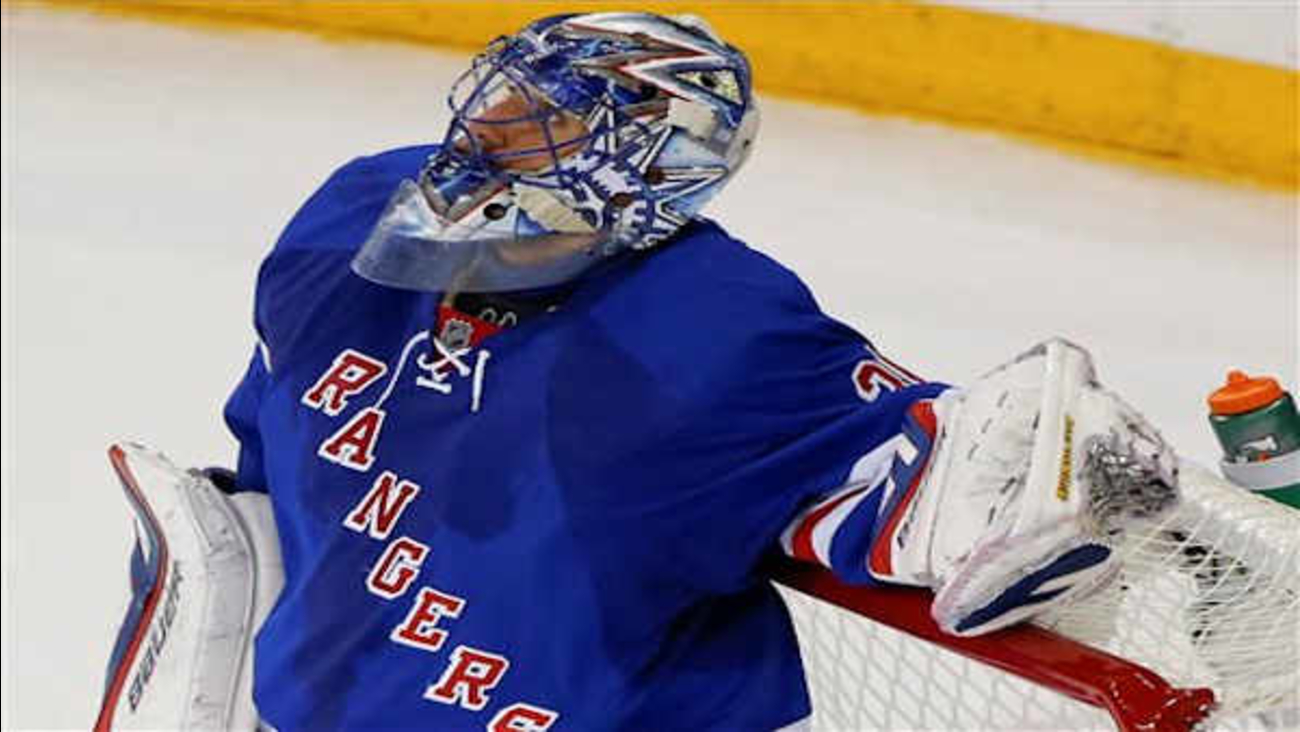 NEW YORK -- Steven Stamkos set up Valtteri Filppula's go-ahead goal and scored another and the Tampa Bay Lightning pushed the New York Rangers to the brink of playoff elimination with 2-0 victory Sunday night in Game 5 of the Eastern Conference finals.

Ben Bishop, who gave up 10 goals in the previous two games, had 26 saves in posting his second shutout and getting Tampa Bay within a victory of reaching the Stanley Cup finals for the second time in franchise history. They won the Cup in 2004.

Tampa Bay's special teams played a major role. They killed off four power plays in clinical fashion in the opening 31 minutes of a scoreless game, limiting New York to four shots, and then Stamkos added a power-play goal after Filppula opened the scoring.

Game 6 is Tuesday night in Florida.

This isn't the first time the Rangers have been on the edge of seeing their Presidents' Trophy-winning season come to an end. They trailed the Washington Capitals 3-1 in the conference semifinals and rallied. They also overcame a 3-1 deficit last year against Pittsburgh.

This was a game the Rangers controlled early. The power plays gave them a chance to put Tampa Bay down and they failed to convert, which was surprising because New York had two power-play goals in each of the three previous games in the series.

A little less than 2 minutes after the Lightning killed off a tripping penalty to Andrej Sustr, the Lightning took the lead and the excitement out of the Madison Square Garden crowd.

Defenseman Anton Stralman sent a great bank pass up the side boards to Stamkos. He carried the puck into the Rangers' zone, found Filppula coming down the middle and the center beat Henrik Lundqvist with a shot to the upper part of the net. It was his third goal of the postseason and probably his most important.

The Lightning had withstood the Rangers' push and they were in control.

After Marc Staal picked up his second penalty of the game, the Lightning needed just over a minute to double the lead. It came on a tic-tac-toe goal by Stamkos, his fourth in the last four games.

Nikita Kucherov sent the puck from the right circle to Ondrej Palat in the left circle. He quickly sent a cross-ice pass to Stamkos in front and the Lightning captain redirected the puck past a helpless Lundqvist, who finished with 20 saves.

New York pushed to get back in the game in the third, but Bishop stood tall when challenged shots by J.T. Miller and Derick Brassard.

After a couple of wide-open games in Florida, the first period of Game 5 was much more a Rangers' style game. They kept the play in the Lightning zone, drew two penalties and held a 6-4 edge in shots.

Tyler Johnson had the best chance for the Lightning early after a Ryan McDonagh turnover, but he missed the net. Chris Kreider missed the top corner of the net on the Rangers' first power play.