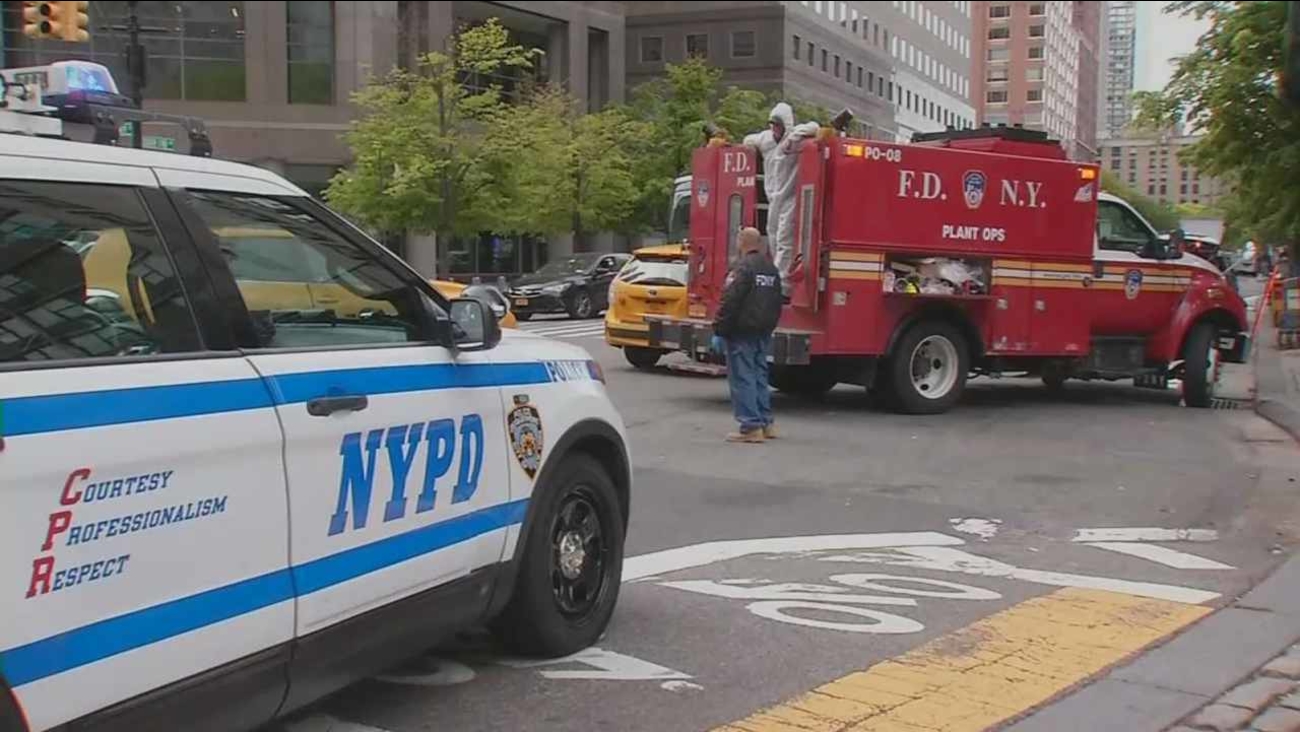 A taxi driver was killed in a wreck near the Financial District.

LOWER MANHATTAN (WABC) -- One driver of a cab was killed Thursday morning in a crash downtown.

The vehicle, which was northbound on South End Avenue, crashed around 1 a.m. near Two World Financial Center.

According to the New York City Police Department, Lena Pitu, 76, of Queens, was driving when the cab hit a metal barrier on the west sidewalk near Liberty Street.

No other cars were involved. No one was hurt.

Police found Pitu still inside when they responded.

It appears she had a medical episode, causing her to lose control of her cab. She did not have a passenger in the car at the time.

She was taken to Bellevue Hospital where she was pronounced dead.