Obama: Beau Biden led life of meaning, dedication to others 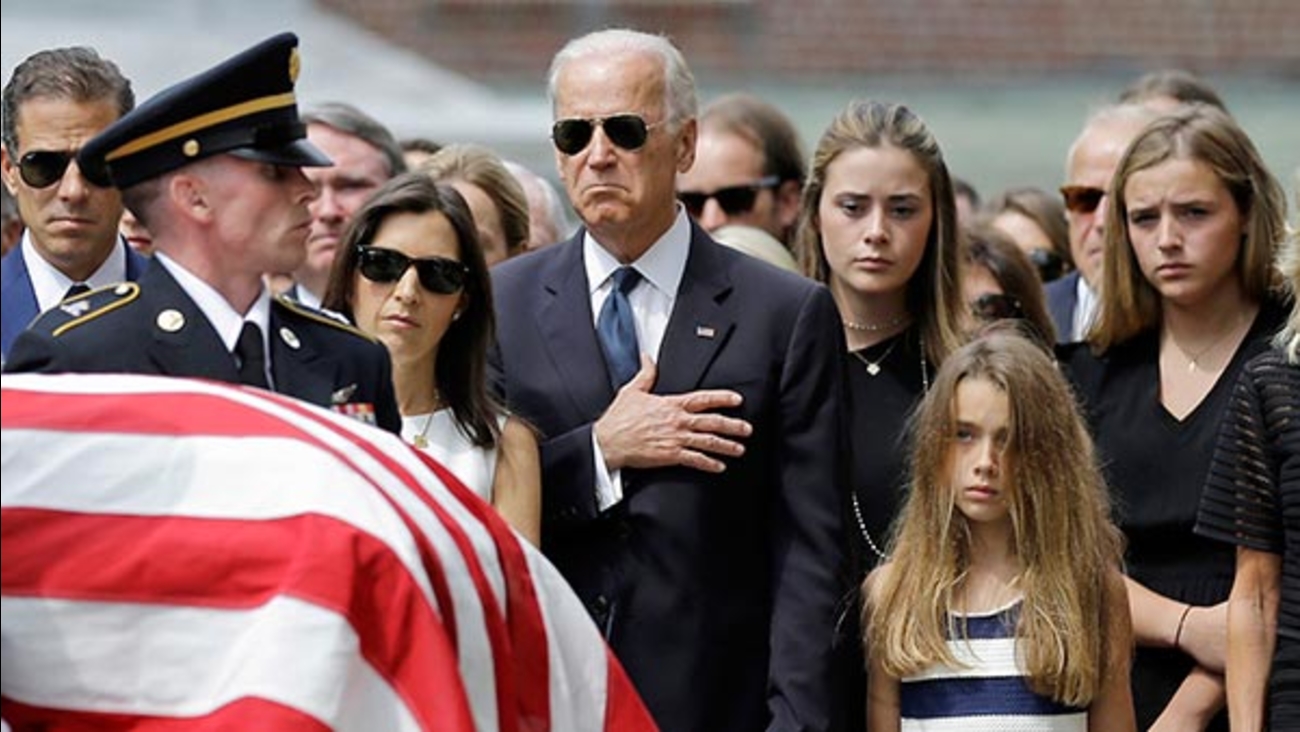 WILMINGTON, Del. -- Mourning a loss that touched people on Delaware street corners and far beyond, President Barack Obama on Saturday remembered Beau Biden, the vice president's son, as a public servant who learned through early tragedy what mattered most and resolved to "live a life of meaning" that would lift up those around him.

"He was a scion of an incredible family who brushed away the possibility of privilege for the harder, better reward of earning his own way," Obama said. He described Beau Biden as a son, a father, a soldier and a politician who didn't cut corners in his efforts to serve his country and others.

The president reflected on the "cruel twist of fate" that killed Beau Biden's mother and infant sister in a car crash four decades ago and left 3-year-old Beau and younger brother Hunter hospitalized.

Out of that tragedy, Obama said, Beau early on "made a grown-up decision" to live a life of meaning that would benefit others.

The former Delaware attorney general died a week ago of brain cancer at age 46.

Vice President Joe Biden, who did not speak at his son's funeral, embraced Obama at the funeral's start, after crossed himself solemnly as he entered the church to the strains of "Bring Him Home," from "Les Miserables."

The overflow crowd of 1,000 at St. Anthony of Padua Roman Catholic Church included first lady Michelle Obama, Bill and Hillary Rodham Clinton, an array of state and national political figures, as well as people from across Delaware and beyond who lined up hours in advance, drawn by their strong bonds to the Biden family.

"Joe Biden is Delaware, and his son is also Delaware to me," said Lisa Rial, 54, who grew up in Delaware but lives in Pennsylvania. "They're synonymous with Delaware." Outside, along the route to the church, residents held up signs reading "Rest in Peace, Beau."


Gen. Ray Odierno, the former top U.S. commander in Iraq, where Beau Biden once served, praised him as a dedicated soldier and selfless friend. Odierno suggested that the presidency could even have been within Beau Biden's reach and spoke of his dedication to "a nation that I believed one day Beau Biden would someday lead."

Joe Biden had just been elected senator in 1972 when his wife and baby daughter were killed in a car crash. He developed a reputation over the years for possessing a deep ability to comfort those in grief.

Onlookers wait to get a glimpse of President Obama at the Beau Biden Funeral #6abcAction pic.twitter.com/uhjgvBYKrq

Often, Biden is called upon to eulogize fellow American leaders. Now, it was Obama's moment to speak words of comfort to the vice president and his family and friends.

The president described Beau Biden as very much his father's son.

"His dad taught him that everybody mattered. He even looked and sounded like Joe - although I think Joe would be the first to acknowledge that Beau was an upgrade - Joe 2.0," Obama said to chuckles from those in the audience. "But as much as Beau reminded folks of Joe, he was very much his own man. He was an original."

Beau Biden served two terms as attorney general before setting his sights on the governor's mansion. Many imagined his career would mirror that of his father, who represented Delaware for decades in the U.S. Senate before becoming vice president.

But in 2010, at age 41, Beau Biden suffered a stroke. He was diagnosed with brain cancer three years later. He returned to work after what doctors said was a successful operation to remove a small lesion, but his illness returned, and he died last Saturday, less than two weeks after being admitted to Walter Reed National Military Medical Center in Bethesda, Maryland.

His death drew expressions of sympathy from across the political spectrum, the sense of sadness heightened by the tragedy that the Biden family has endured over the years.

White House officials said the choice of Obama to deliver a eulogy reflected the tight personal relationship that Joe Biden and the president have developed after more than six years together in the White House.