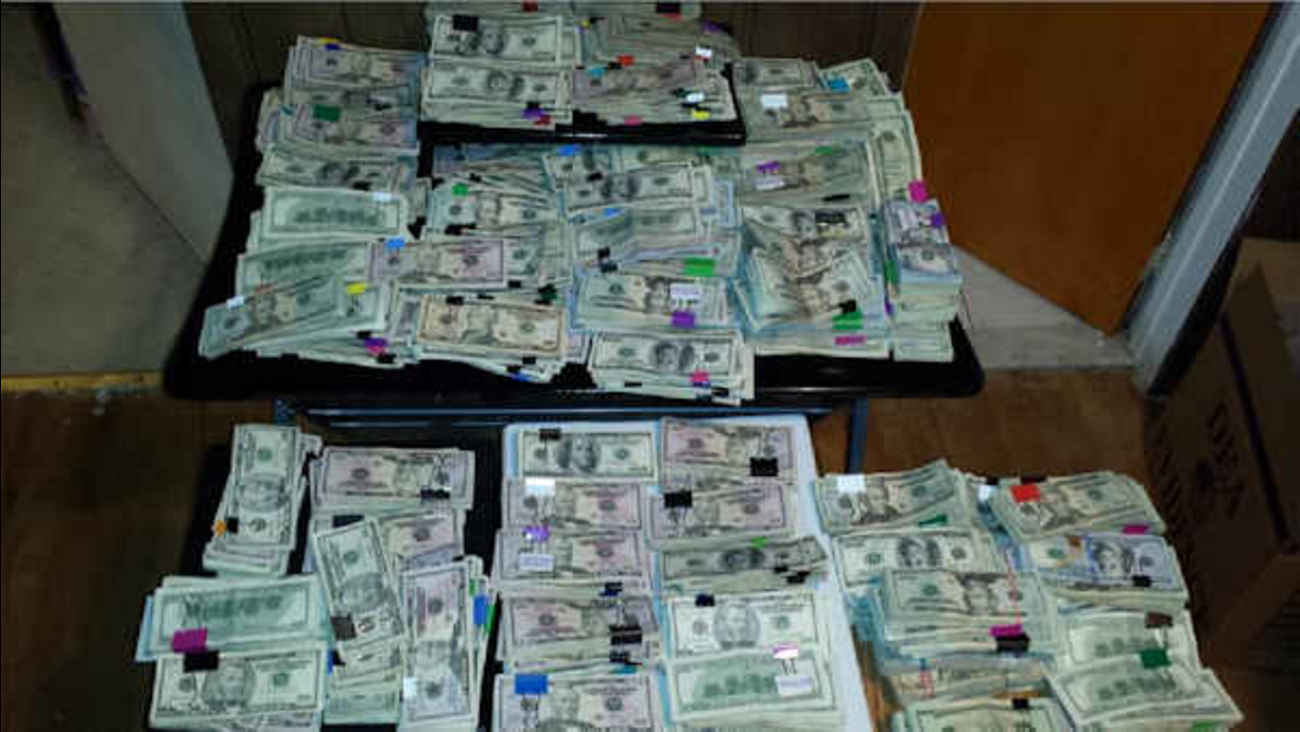 Authorities seized over $600,000 in cash from the Lucas' residence in Scarsdale.

NEW YORK (WABC) -- An Upper West Side doctor and wife have been indicted on conspiracy charges in what authorities say were dozens of illegal prescription sales.

Dr. Rogelio Lucas and his wife Lydia Lucas, who served as his officer manager, were arrested Tuesday.

They are charged with selling tens of thousands of prescriptions for the painkiller oxycodone in exchange for cash over the course of six and a half years.

Medical records and bank records were also seized from the their residences in Manhattan and Scarsdale, and the office on West 101st Street.

According to the indictment, Dr. Lucas allegedly routinely wrote oxycodone prescriptions for individuals with no legitimate medical need for the pain medication while his wife assisted in collecting approximately $120 cash for each office visit.

The indictment contains charges related to 37 of these illegal prescriptions.

But authorities say a court authorized review of Dr. Lucas's prescribing history revealed he wrote oxycodone prescriptions for approximately 45 to 50 individuals per day.

Since Jan. 2, 2009, Dr. Lucas wrote over 23,600 oxycodone prescriptions for approximately 3.1 million pills, according to the indictment. The pills would have carried an estimated street value of $77 million on the black market.

"Dr. Lucas is charged with being one of the city's most prolific illegal prescribers of the black market's favorite pill - 30 mg oxycodone," said Special Narcotics Professor Bridget Brennan. "Instead of healing, doctors who routinely sign orders for unneeded narcotic drugs endanger the health and welfare of the public. Corrupt doctors who exchange prescriptions for cash have stoked the epidemic of addiction gripping our region."