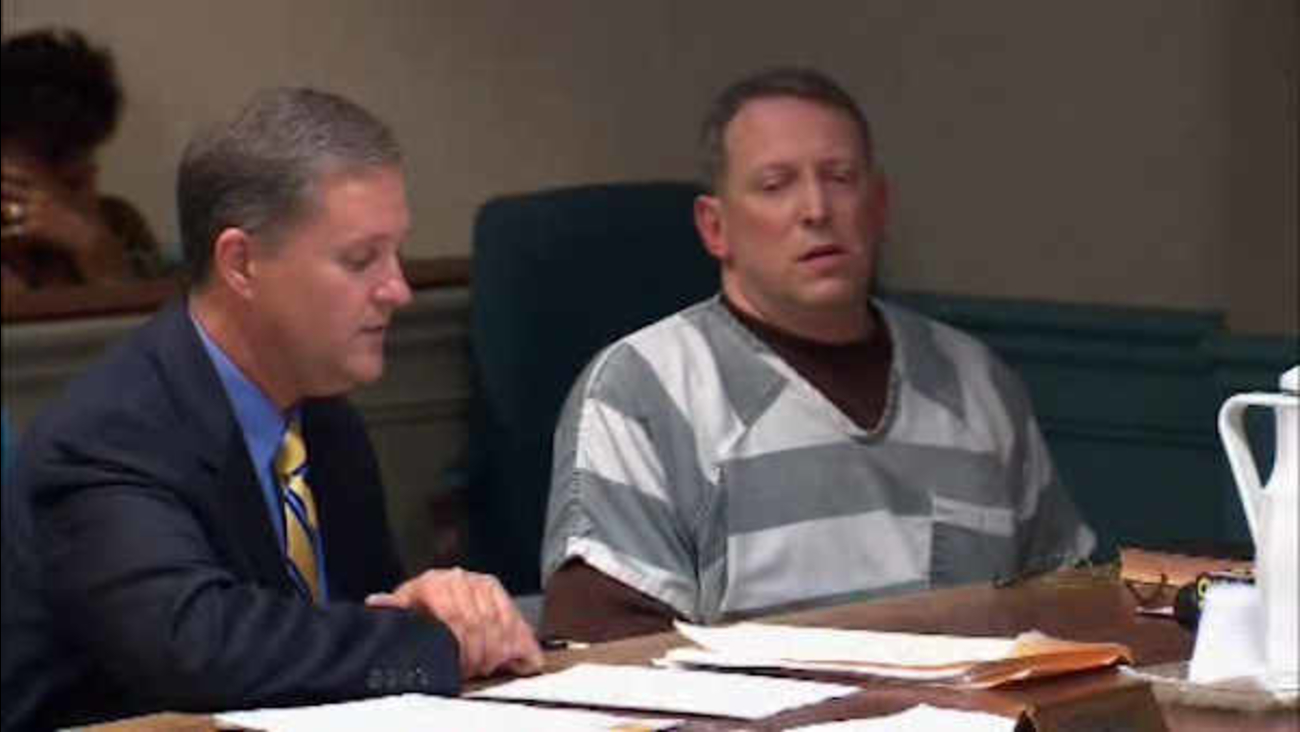 NEWTON, N.J. (WABC) -- A New Jersey man who claims to have been raped as a little boy pleaded guilty Wednesday to the deadly stabbing of his alleged abuser.

Clark Fredericks of Stillwater now faces up to ten years in prison after pleading guilty to manslaughter.

Fredericks admitted to stabbing Dennis Pegg in 2012. He claims Pegg had sexually abused him from the age of 8 to 12 while he was a Boy Scout.

Fredericks will be sentenced this fall.

A co-defendant accused of acting as a lookout in the killing will be in court next week.

Fredericks reportedly said a childhood friend and a family member had been raped by Pegg as well.