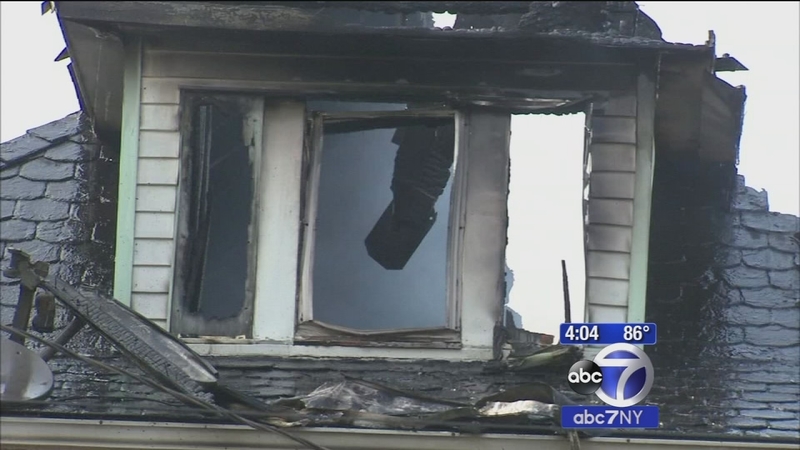 BRONX, N.Y. (WABC) -- A four-alarm fire tore through a house in the Bronx Tuesday, sending flames shooting through the room and smoke pouring into the sky.

The fire broke out on the second and third floors of the home on East 232nd Street in the Edenwald section just after 8:30 a.m.

Witnesses described it as a fast and furious blaze that quickly spread through the structure.

"I was on my way to work, and once I got to the train station, I got the phone call that the house was on fire," resident Francince Powell said.

Powell lives on the top floor with her family and says her 16-year-old son had just left the house before the fire broke out.

"My family is safe, and that's all that really matters," she said. "I'm scared, but I'm going to get through this, and we're together."

Fortunately, everyone else inside the building made it out safely before firefighters arrived.

The intense heat and humidity also took its toll on crews, with the blaze being upgraded to four alarms as mutual aid arrived.

"In this hot weather and all that, it's very burdensome in regards to the work that our people do," Spadafora said. "So they're being checked out for possibly minor burns to the neck to the lower extremities."