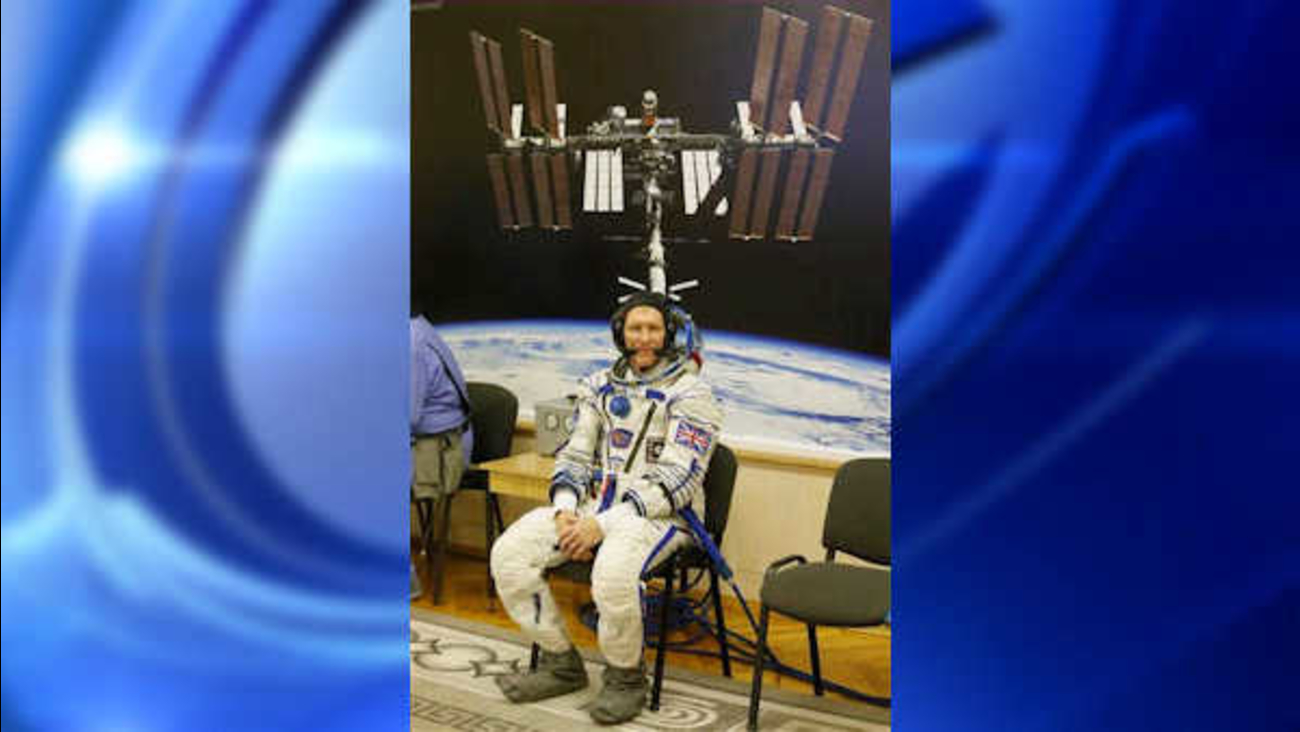 CAPE CANAVERAL, Fla. -- An unmanned SpaceX rocket carrying supplies to the International Space Station broke apart Sunday shortly after liftoff. It was a severe blow to NASA, the third cargo mission to fail in eight months.

The accident happened about 2 minutes into the flight from Cape Canaveral, Florida. A billowing white cloud emerged in the sky, growing bigger and bigger, then fiery plumes shot out. Pieces of the rocket could be seen falling into the Atlantic like a fireworks display gone wrong.

More than 5,200 pounds of space station cargo were on board, including the first docking port designed for future commercial crew capsules, a new spacesuit and a water filtration system.

NASA officials said they have enough supplies for the three-person crew on board the station to last till October and still plan to send three more crewmembers up in a late July launch. NASA likes to have a six-month cushion of food and water, but is now down to four months.

This puts added pressure on another resupply launch scheduled for Friday by Russia, its first attempt since losing a supply capsule in April.

SpaceX's Falcon 9 rocket shattered while traveling at 2,900 mph, about 27 miles up. Everything seemed to be going well until the rocket went supersonic.

"We appear to have had a launch vehicle failure," announced NASA commentator George Diller.

Data stopped flowing from the Falcon 9 rocket around 2 minutes and 19 seconds, he said.

SpaceX founder and chief executive Elon Musk later said that the pressure got too high in the liquid-oxygen tank of the rocket's upper stage.

"That's all we can say with confidence right now," Musk said via Twitter.

The private company is in charge of the accident investigation, with oversight from the Federal Aviation Administration, which licensed the flight.

The Dragon capsule, which is designed to eventually carry people, still sent signals to the ground after the rocket broke apart, said SpaceX President Gwynne Shotwell. Had astronauts been on board, a still-being tested abort system, would have whisked them away to safety in such a mishap, she said.

SpaceX hopes to launch astronauts from U.S. soil again aboard the Falcon-Dragon combination in December 2017. They still can make that target, Shotwell said. Now NASA buys seats from Russia to get astronauts to the orbiting lab.

Shotwell assured reporters that the California-based company will fix the problem - "and get back to flight."

Losing this shipment - which included replacements for items lost in the two earlier failed supply flights - was a huge setback for NASA.

"This is a blow to us," Gerstenmaier said, citing the docking port, a spacesuit and considerable scientific research that had been on board. He said there was nothing common among the three accidents, "other than it's space and it's difficult to go fly."

In April, a Russian cargo ship spun out of control and burned up upon re-entry. And last October, an Orbital Sciences Corp. capsule was destroyed in a launch accident in Virginia. Orbital Sciences and SpaceX have NASA contracts to ship cargo.

"Three failures on three different vehicles is unusual, but it would be even more worrisome if we had only one means of access," former NASA associate administrator Scott Pace wrote in an email to The Associated Press.

In addition to Friday's scheduled Russian launch, Orbital Sciences may be able to launch their supply ship at the end of this year, using another company's rocket. And a Japanese resupply ship is scheduled for August, Gerstenmaier said.

The seven previous SpaceX supply runs, dating back to 2012, had gone exceedingly well.

For a group of students from North Charleston, S.C., the failure was a second dose of disappointment. Their student experiment on soldering circuit boards had been on the Orbital launch. The explosion was so strong and they were so close they could feel the heat on their faces back in October, student Rachel Lindbergh said.

This time, they were in Florida. They high fived each other after the rocket soared off the pad.

"We're not going to let this deter us," said Lindbergh. "Disappointing, sure. But this happens in spaceflight. You can't let things stop you."

The three space station residents were watching the launch live from orbit, including astronaut Scott Kelly.

NASA Administrator Charles Bolden and other officials stressed that the space station crew is in no immediate trouble. NASA space station program manager Mike Suffredini said the water filtration system is nearing the point where it can't function much longer, but there is still enough stored water to make it to October or so.

Along with SpaceX, Boeing is also developing crew capsules for NASA. Boeing designed the new docking system that was lost on the SpaceX flight, but a second version is still available to send up, officials said.

Shotwell said the first stage of the rocket seemed to work well. The company had planned to try to land the discarded booster on an ocean platform.

Kelly's identical twin, Mark, a former space shuttle commander who is taking part in medical studies on the ground, pointed out that SpaceX, until now, had "a great record" with its Falcon 9 rockets.

"These things happen," he said in a tweet. "They will figure this out."

Launch spectators lining the beaches near Cape Canaveral were confused, at first, by the unexpected plumes in the sky.

"It looked fine until it was almost out of sight. And then, a poof of smoke," said Whitney Jackson of Palm Beach, Florida, watching with her family. "Everyone was cheering and clapping. No one knew it meant failure."

The Air Force later warned people along the Florida coast not to handle any debris washing ashore.