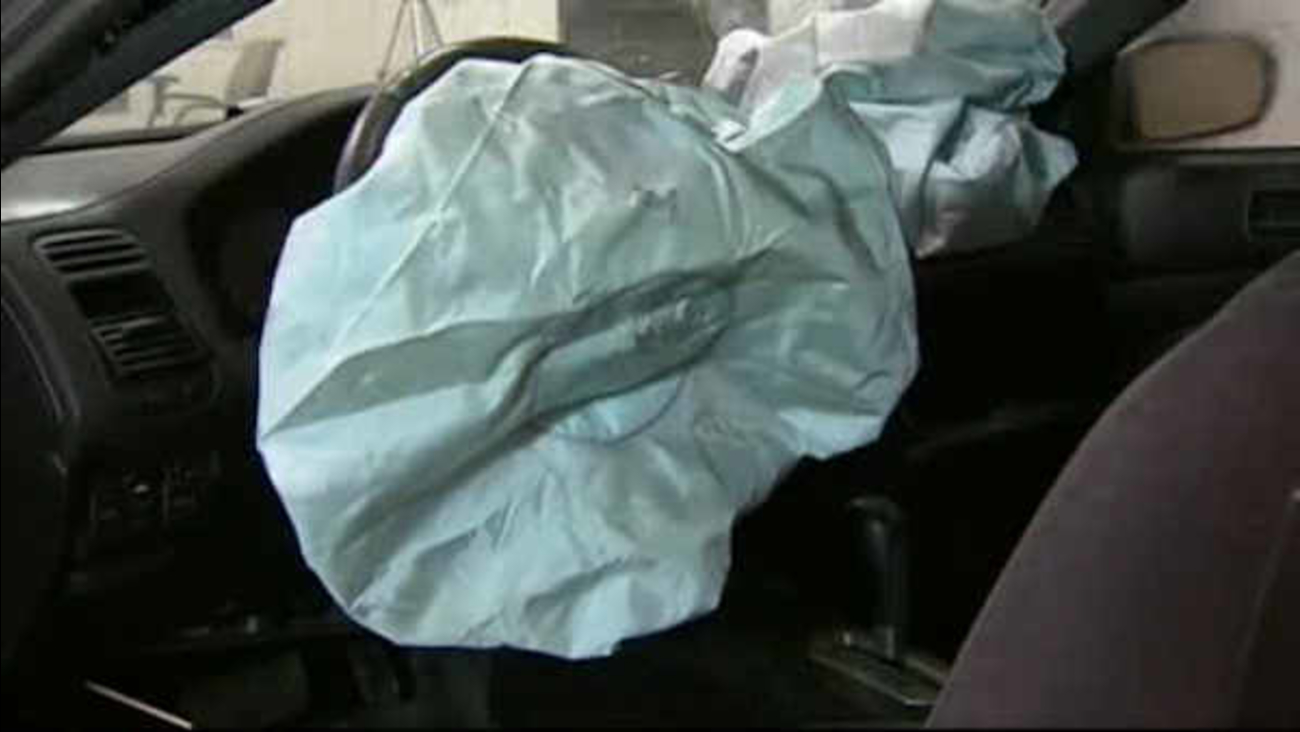 WASHINGTON -- The problem of exploding air bags could be widening beyond Japanese manufacturer Takata Corp.

U.S. safety regulators are investigating inflators made by ARC Automotive Inc. that went into about 420,000 older Fiat Chrysler Town and Country minivans and another 70,000 Kia Optima midsize sedans.

The probe, revealed in documents posted Tuesday by the National Highway Traffic Safety Administration, comes just weeks after Takata agreed to recall 33.8 million inflators in the U.S. in the largest automotive recall in American history. At least eight people have been killed worldwide by flying shrapnel from Takata inflators, and more than 100 injured.

The safety agency said it received a complaint in December about a 2009 incident in a 2002 Chrysler minivan but determined it was an isolated case involving an ARC driver's side inflator. Then in June, Kia told the agency about a lawsuit involving a 2004 Optima with an ARC driver's side inflator, so the agency decided to open an investigation. Both cases are the only known incidents involving ARC inflators in vehicles made by either automaker.

"At the present time it is unknown if there is a common root cause in these incidents," NHTSA investigators wrote in the documents. "(The agency) is opening this investigation in order to collect all known facts from the involved suppliers and vehicle manufacturers."

The agency said two people were hurt in the incidents but no one was killed.

Knoxville, Tennessee-based ARC said in a statement that it is cooperating in the probe and pointed to a 60-year record of "serving our customers with products that meet the most stringent global safety standards."

Fiat Chrysler spokesman Eric Mayne also said the company is cooperating and it no longer uses the inflators that are being investigated. Messages were left seeking comment from Kia.

NHTSA said in documents that ARC makes inflators that are used by other companies in their air bag systems. The inflators use an inert gas to fill the air bag which is supplemented by an ammonium nitrate-based propellant. A preliminary analysis of the Chrysler minivan system showed that the path for the inflator gas to exit the inflator may have been blocked by an unknown object, the document said.

In the Takata cases, ammonium nitrate is the main propellant, and it can become unstable over time when exposed to high humidity and temperatures. The chemical can burn too fast and blow apart a metal inflator canister. Automakers, NHTSA and Takata are trying to find exactly what causes the malfunctions.

Documents show that the Chrysler minivan incident happened on Jan. 29, 2009, in Ohio. A man complained to NHTSA that his wife was injured by flying air bag shrapnel when the minivan collided with a snowmobile while she was turning into their driveway and the air bag deployed. "Most of the shrapnel went into her chest, with the air bag plate breaking apart, striking her in the chin, breaking her jaw in three places," wrote the man, who was not identified in the documents. "If it hadn't been for a great ambulance crew, she would have bled to death."