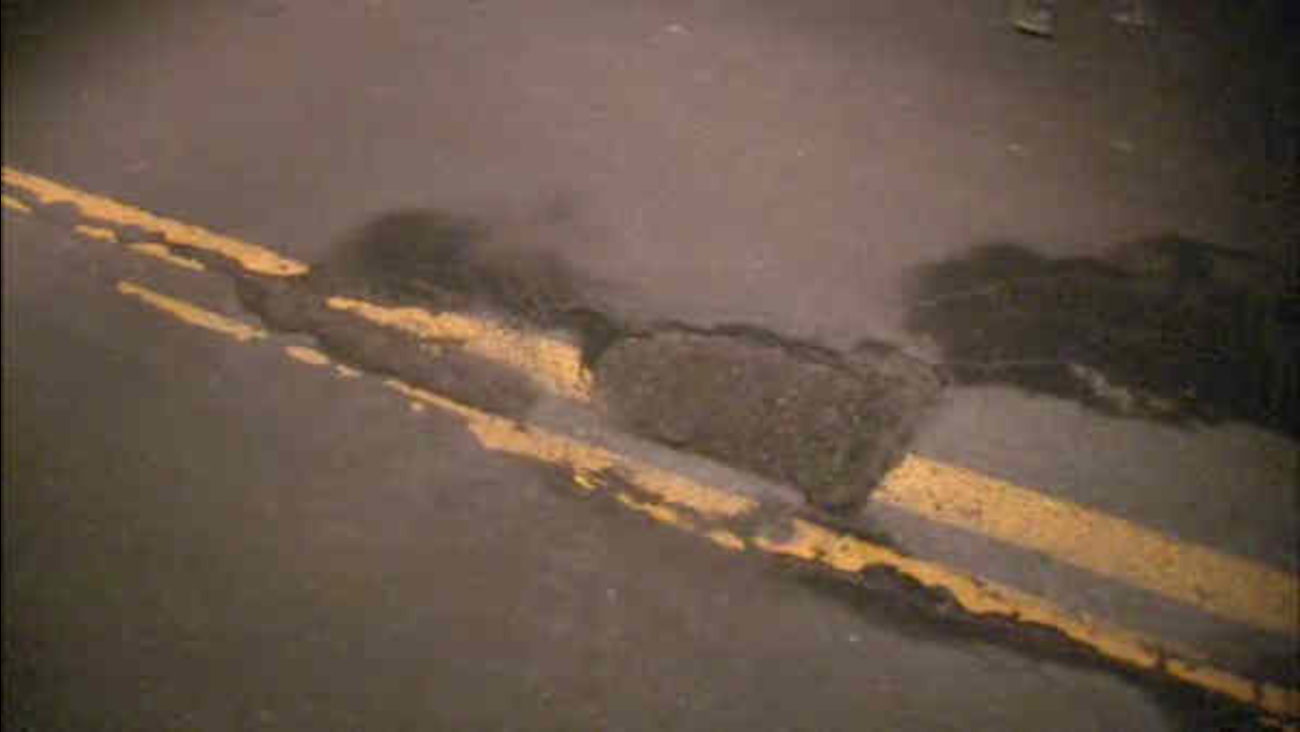 NEW YORK (WABC) -- With more than 12,000 claims for damage to cars and trucks, nearly 6,000 personal injury claims and close to $138 million paid out in settlements over the past six years, New York City's pothole problem is costing New York City a fortune, according to a new ClaimStat Alert released Thursday by New York City Comptroller Scott Stringer.

"Potholes are serious trouble," he said. "They deflate tires, break axles, and twist ankles, often at a significant financial cost to the city. The ClaimStat Alert we are releasing...gives the Department of Transportation a road map to identifying the trouble spots across all five boroughs so that they can do the important work of repairing roadways now, before winter weather comes storming back to make our city's streets even worse." 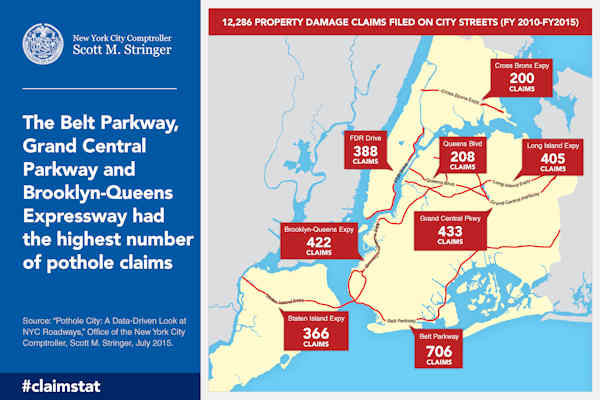 --Broadway in Manhattan, with 195 claims 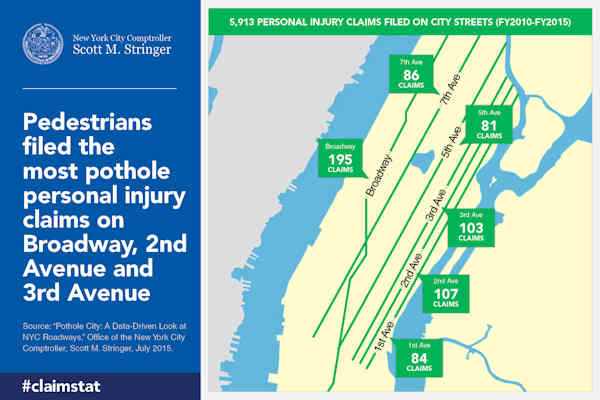 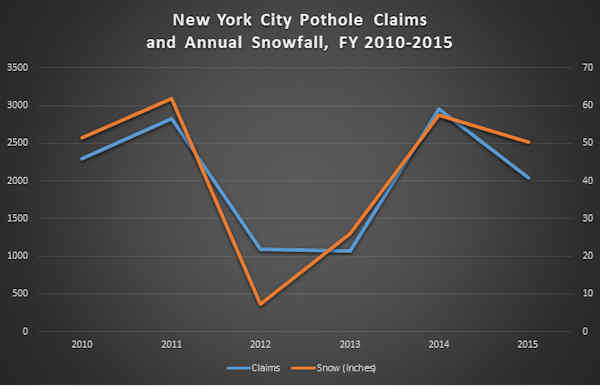 Recommendations
While DOT filled over 74,000 potholes in the first four months of FY 2015, the average time to close a pothole work order in the same time period was 6.7 days, nearly triple the 2.4 days it took in the previous year.

"The City has taken a proactive approach to improving pothole maintenance, including pothole blitzes, targeted repaving, and material enhancements, and I commend DOT Commissioner Polly Trottenberg for all of her efforts," Stringer said. "However, filling potholes remains an uphill battle."

Additional steps that could be taken include:
--Exploring a complete reconstruction of certain city streets - a tactic that initially costs more than repaving, but that could save taxpayers money in the long haul
--Continuing to pioneer the use of new and more durable materials such as rubberized asphalt and recycled plastic in road resurfacing
--Re-evaluating DOT's procedures to ensure that utilities properly reconstruct City streets following work that involves excavation of roadways
--Ensuring street repairs are completed as quickly as possible so that pedestrians don't have to combat uneven road surfaces.