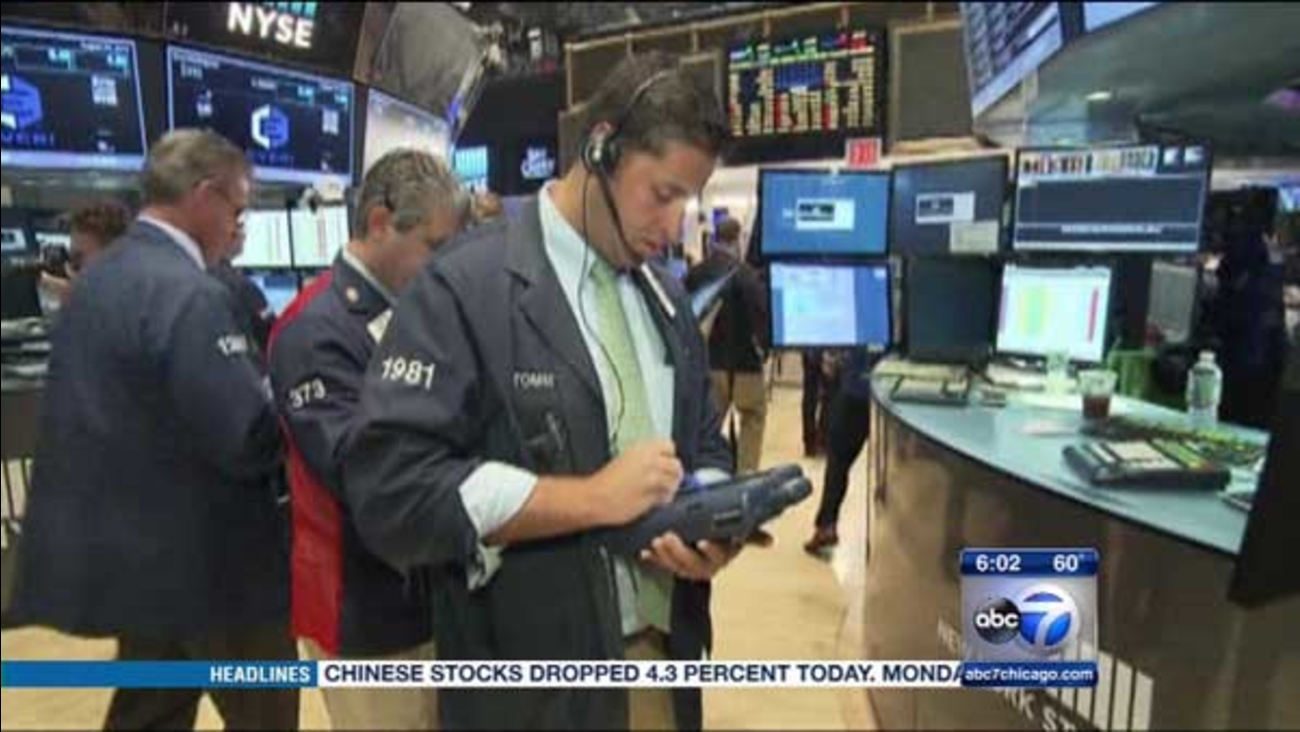 NEW YORK -- Stocks posted solid gains Wednesday ahead of a closely watched decision by the Federal Reserve on whether or not to raise interest rates.

Beer companies gained on word of a possible deal between two giant brewers, and energy stocks rose sharply following a big jump in the price of oil.

Investors have been speculating about when the Federal Reserve will raise interest rates for months. The Fed started its two-day policy meeting Wednesday and will announce its decision Thursday afternoon, which will be followed by a press conference by Fed Chair Janet Yellen.

Interest rates have been near zero since 2008, when the Fed cut rates sharply in response to the financial crisis and Great Recession. The Fed's low interest rate policy was designed to encourage lending, but it also helped drive a seven-year bull market in stocks by making bonds, CDs and other interest-bearing investments less attractive, driving investors to put money into the stock market.

"If they raise tomorrow, it's going to be nasty for the stock market. Much of the rally back has had much to do with investors believing the Fed isn't going to move," said Tom di Galoma, head of fixed income rates trading at ED&F Man Capital.

Investors' opinions are mixed on the chance of a rate increase. Two months ago, it seemed almost certain that the Fed was going to raise rates in September. Now, after the turmoil in financial markets in August over concerns about China's economy, investors are far less certain.

"I just don't think the economy is strong enough and inflation remains too low to justify a rate increase," di Galoma said.

Stocks have been rising steadily ahead of the Fed's meeting. Investors have said that stocks recovered partly because the chances of an interest rate hike diminished.

In company news, SABMiller, a major beer maker whose brands include Miller and Foster's, jumped 20 percent in London after the company said it received a takeover offer from Anheuser-Busch InBev of Belgium. A combination of the two would create a massive conglomerate worth $275 billion. Any potential deal would be heavily scrutinized by regulators.

The Energy Information Administration said U.S. oil supplies fell last week by a steeper-than-expected 2.2 million barrels. Analysts surveyed by Platts expected a decline of 200,000 barrels. The plunge follows news that oil drillers in the U.S. are cutting production in the face of low oil prices.

Oil company stocks followed crude oil higher. The energy sector of the S&P 500 shot up up 2.8 percent, more than twice as much as the rest of the market.

U.S. government bond prices were little changed from Tuesday. The yield on the 10-year Treasury note held at 2.30 percent.

In other energy futures trading: