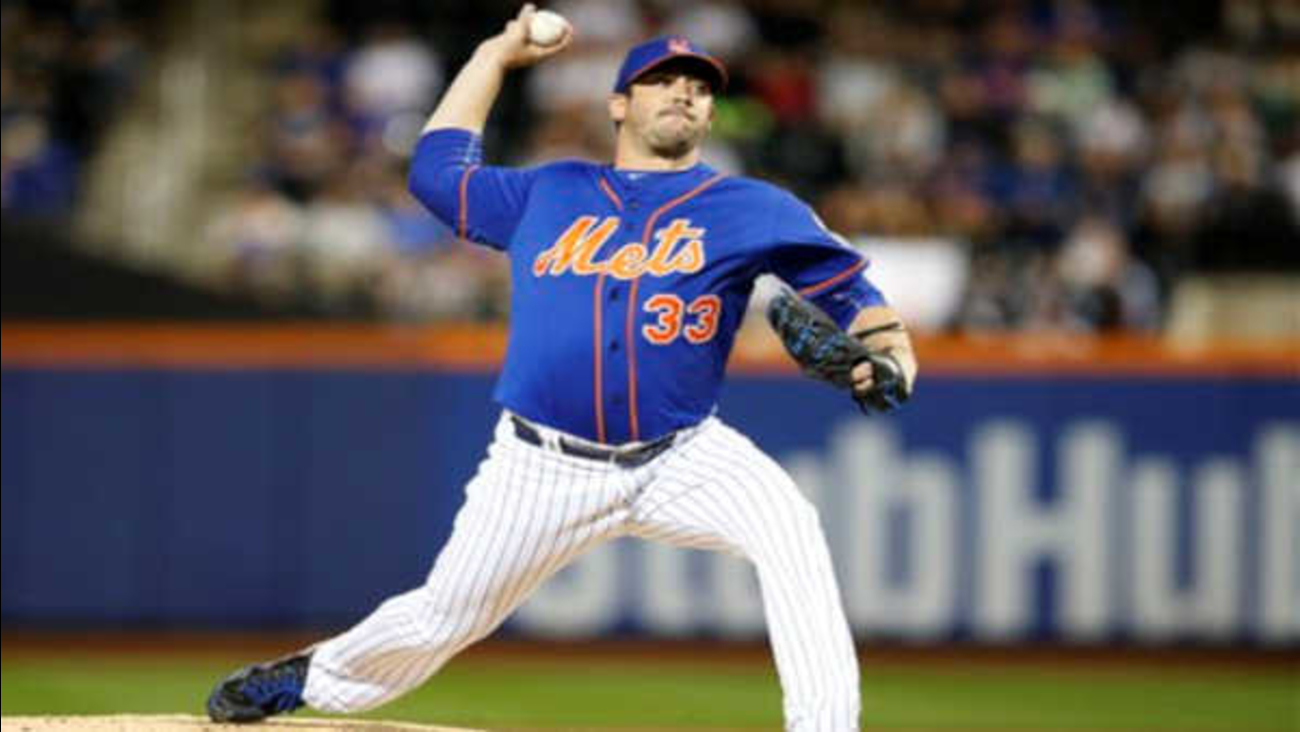 Dustin Ackley hit a three-run homer after Beltran's go-ahead double, and Sabathia (5-9) won for the first time since July 8 as the Yankees took two of three at Citi Field to win both Subway Series this season. New York, which leads the wild-card standings, moved within 2 1/2 games of the first-place Blue Jays heading into their three-game set beginning Monday night.

The only bad news for the Bronx Bombers: Masahiro Tanaka won't make his scheduled start in the series because of a strained right hamstring.

Harvey looks fully healthy, but was pulled after five scoreless innings. The Mets are limiting his workload down the stretch even as they try to close out an NL East championship - and attending to both details became difficult Sunday night.

The loss reduced their lead to six games over Washington with 13 to play, and kept the magic number to clinch at eight.

Harvey's previous turn was skipped after he got tagged by the Nationals on Sept. 8. Pitching for the first time in 12 days, the right-hander yielded only an infield single and struck out seven.

But once the Mets went to the soft part of their bullpen, the Yankees quickly erased a 1-0 deficit. Two errors helped them score five runs - four unearned - off Hansel Robles (4-3) in the sixth.

Beltran hit a two-run double, and Ackley homered to right-center.

Greg Bird added a three-run homer in a five-run eighth, long after Yankees manager Joe Girardi was ejected by third base umpire John Hirschbeck for arguing a checked-swing strike.

Jacoby Ellsbury had three hits for the Yankees.

Six relievers followed Harvey to the mound for the Mets, and none were particularly effective.

Harvey has thrown 176 2-3 innings in his first season back from Tommy John surgery, and agent Scott Boras has said doctors don't want the 26-year-old ace to surpass 180 - although Harvey says he would be available for the playoffs.

He got a normal reception in his first home start since the ruckus about his innings limit incensed many fans earlier this month. After he was removed, Harvey sat on the bench nodding his head during a chat with manager Terry Collins.

Mets slugger Yoenis Cespedes snapped an 0-for-19 slump with a fifth-inning double.

Yankees: Tanaka got hurt running to first base after bunting Friday against the Mets. The team hopes he will miss only one turn. Struggling RHP Ivan Nova, recently removed from the rotation, will pitch in Tanaka's place Wednesday night.

Mets: All-Star pitcher Jacob deGrom will be pushed back in the rotation this week rather than skipped entirely, Collins said. The club is concerned about deGrom's recent slump in his first full major league season and wants to give him a breather. ... 2B Juan Uribe was replaced by Murphy in the fifth. Uribe bruised his chest when he saved a run with a diving stop in the third. X-rays were negative, the Mets said. ... Setup man Tyler Clippard was an option for Collins again, though he didn't pitch. Clippard wasn't available the previous two days because his back stiffened up during pregame warmups Friday.

Mets: LHP Jonathon Niese (8-10, 4.31 ERA) goes Monday night against Braves RHP Shelby Miller (5-15, 3.00), coming off his shortest outing this season versus Toronto. Miller is 0-14 in 22 starts since his most recent win on May 17, the longest winless streak for any pitcher in a season he was an All-Star. He has received the worst run support in the majors.