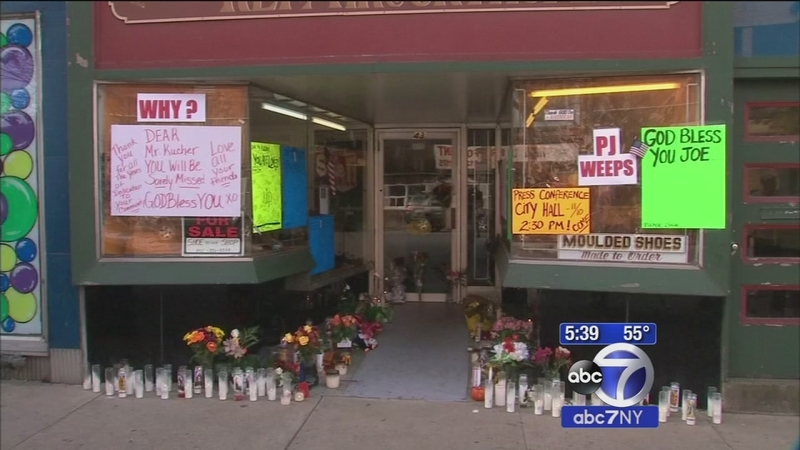 PORT JERVIS (WABC) -- One year ago, a heartless crime devastated the small city of Port Jervis in Orange County. The local shoemaker, a beloved man in town, died after a beating and a robbery inside his store. His next door neighbor decided to take action. Now, 12 months later, something good has emerged out of something so tragic.

Port Jervis now has a new set of electronic eyes keeping watch on all things good and bad - four cameras were installed earlier this year.

"The cameras mean a great deal to me," says business owner Maria Mann.

Since Mann's cameras were instrumental in catching the suspect, she persuaded Samsung to donate the $3,000 camera system to Port Jervis.

Perhaps no one appreciates Mann's efforts more than the Korean War veteran's family. Mike Kucher allowed Eyewitness News into his father's 43-year-old shop, where the tools of a master craftsman sit frozen in time.

City workers installed the new cameras around a senior center and playground, an area marred by vandals and drug activity. The cameras are not yet linked to police headquarters, but that should happen by Thanksgiving.

Police Chief William Worden told Eyewitness News that he is also working to get cameras in the downtown area, a lasting legacy to a simple hard-working man who kept generations of customers comfortable on their feet.

Chief Worden also hopes that the new cameras will deter crime. As for the Kucher family, they are eternally grateful to Maria Mann for her persistent efforts to keep the city safe and secure - a touching tribute to the Port Jervis institution.