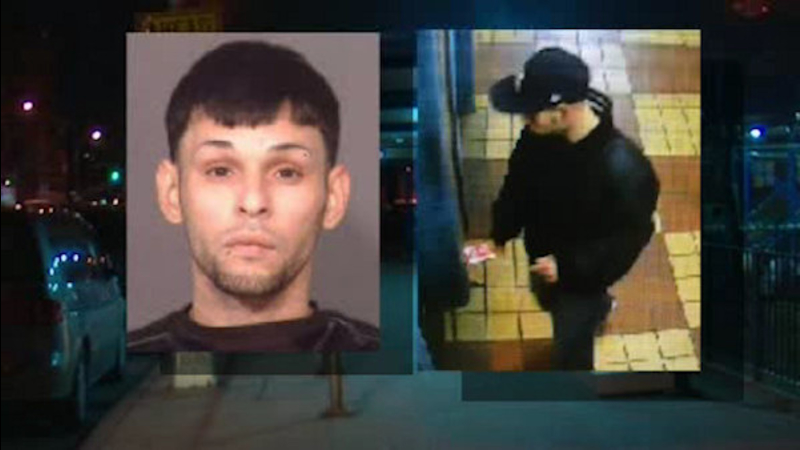 Police searching for man targeting, robbing women in the Bronx

MOTT HAVEN, Bronx (WABC) -- The man accused in a string of robberies in the Bronx targeting older women, all of whom had some type of liquid sprayed in their faces, has surrendered to police.

The most recent incident happened last Tuesday, when police say he got into an elevator with a 72-year-old woman and sprayed her in the face with some kind of substance as she was exiting. Authorities say he then threw her to the ground and took off.

The victim, Rafaela Garcia, described how the suspect followed her up the elevator into her building on East 137th Street and robbed her.

"After she turned around, he sprayed her with pepper spray in her eyes," Garcia's granddaughter said. "And she didn't really have her eyes open, so when she went to wipe her eyes to look at his face, he did it again. And then, when she tried to get away from him, like run away, he grabbed her and threw her against the floor."

Police cannot confirm what the substance was, but they believe Ruperto was responsible for Tuesday's attack.

"He took her purse, looked back and saw her on the floor crying and everything," Garcia's granddaughter said. "He just ran."

After investigators looked over surveillance video, they found a pattern.

The previous Sunday, November 15, Ruperto allegedly followed 64-year-old Angela Tejada into an elevator on East 153rd Street, sprayed her with the liquid and threw her to the ground. Police say then hit her a number of times before stealing her purse and smartphone.

"Oh my God, I thought he was going to kill me," she said.

It took more than an hour for Tejada to get her sight back and finally see that her lip was bleeding and that she was black and blue.

The same thing happened to 68-year-old Gladys Bautista the Sunday before that, November 8, blocks away on East 156th Street, where police say he put a knife to her, took her purse and ran.

"I wasn't able to scream or anything because he had me up against the wall," she said. "I gave them my purse because I thought he was going to kill me."