Apartment stuffed with belongings destroyed in Upper West Side fire 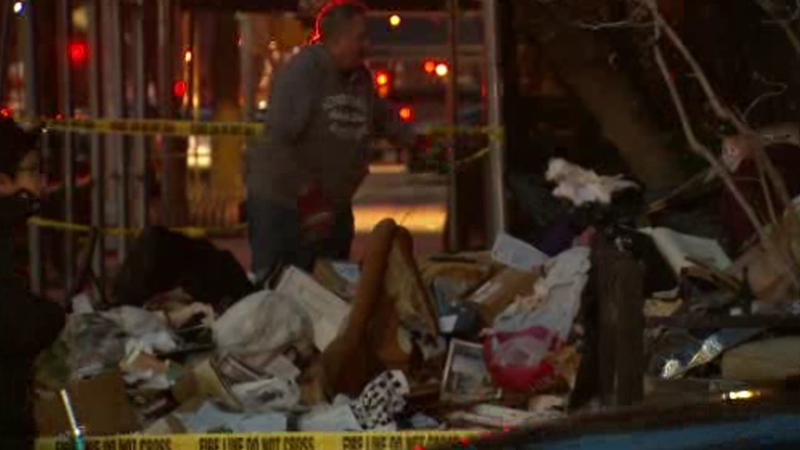 FDNY pulls objects from apartment on UWS after fire

UPPER WEST SIDE, Manhattan (WABC) -- An apartment stuffed with belongings caught fire on the Upper West Side Tuesday afternoon.

The fire broke out just after 3 p.m. on West End Avenue at 91st Street.

It took the FDNY about an hour to get the fire under control.

Amazingly, no one was injured.

The shocking aftermath littered the sidewalk.

Firefighters say the apartment was packed full of items and describe it as a hoarding situation.

In their effort to clean out the fire scene, they started tossing all the debris out the windows.

All of the things served as tinder for the apartment fire.

Building workers were busy removing all the garbage.

Eyewitness News spoke to one woman who used to live on the floor across from the apartment that went up in flames. She is grateful she moved out a few months ago.

"Did you know there were hoarders in that apartment?" Eyewitness News asked.

"It's always a bit shocking when you see one of our main stay buildings destroyed," another resident said.

This building was featured on the show "Seinfeld."

In the summertime, the building is covered in ivy.

Now, the branches look like a clothing line as clothes got caught on the vines while being tossed out the window.

Eyewitness News is told two older men lived there, one, who is was blind. The other apparently with other challenges.