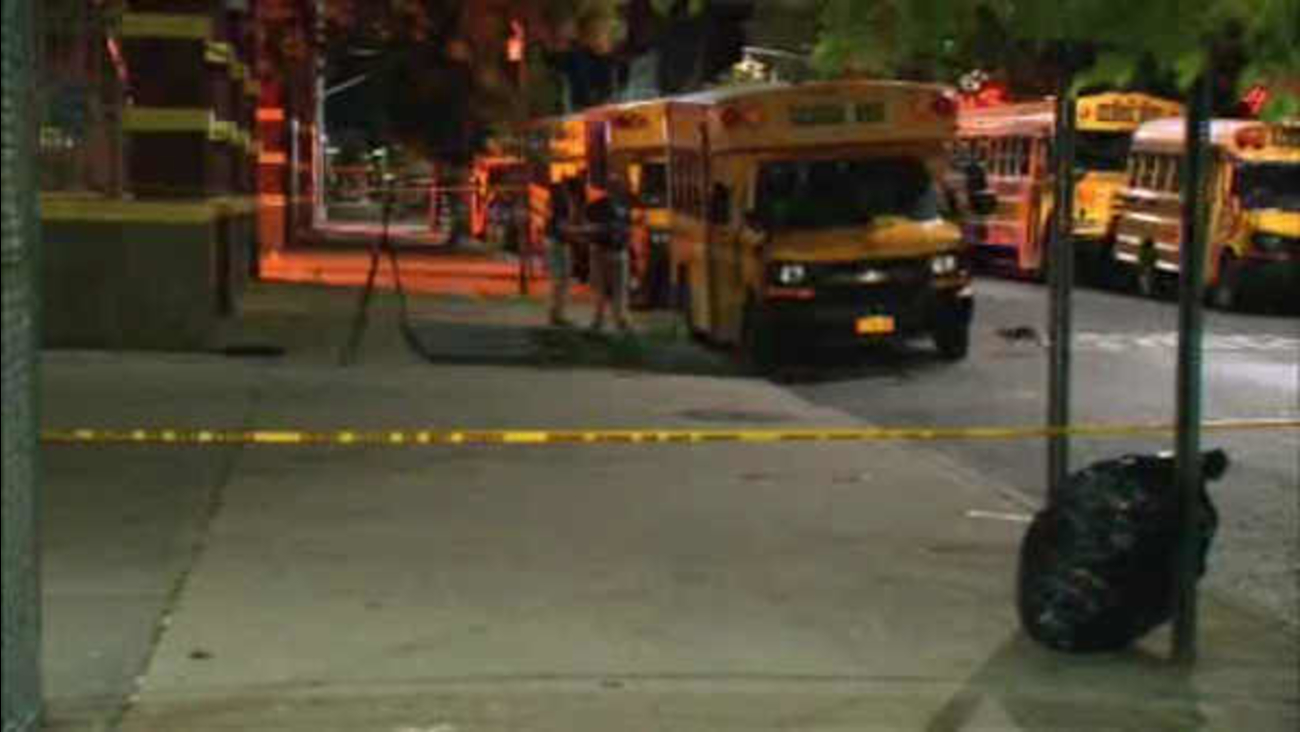 FLATBUSH, Brooklyn (WABC) -- A 16 year-old is in custody, believed to be the suspect in the murder of a father who was killed over his son's stolen sports team ball cap outside a Brooklyn school.

The teen was arrested by the Regional Fugitive Task Force.

He will be questioned at an NYPD precinct, and charges are expected.

The father, 38-year-old Gerald Cummings, was killed earlier this month in Flatbush.

Police said he had confronted a teen who stole his son's pricey Oakland Raiders cap outside PS 6 on Snyder Avenue.