WABC
By Eyewitness News
HOBOKEN, N.J. (WABC) -- Work continues to repair the broken water main that flooded the streets of Hoboken, but officials have lifted a boil water advisory that had been in effect since Sunday's break.

According to SUEZ Water, a repair conducted Monday night to stop the flow of water into the transmission main was unsuccessful.

But the company says it is working on an alternative to reduce pressure in the system near the aqueduct in Jersey City.

Once the repair is made to the broken water valve in Jersey City, the water main break in southwest Hoboken will be repaired as soon as possible. Suez said.

Crews for SUEZ Water had been fixing both the water main that broke Sunday morning and a 36-inch valve that failed Sunday night, disrupting a transmission main that feeds water from Jersey City into Hoboken. But water continues to flow from the pipe.

On Tuesday, crews were moving up the pipe, closer to the aqueduct, to stop the water flow so they can do the repairs. So far, workers have not been able to access the broken 16-inch pipe.

Meanwhile, Jackson Street is still flooded and many other streets also are closed.

The boil water advisory was lifted after the Department of Environmental Protection and SUEZ Water officially advised that the water in the City is safe for consumption.

Water conservation was strongly encouraged Tuesday morning, to limit pressure on the system.

Numerous water tankers have been deployed so residents can get clean drinking water.

Until the system is fully repaired, trucks will continue to dispense free water in town, as long as you bring your own containers. Tanker trucks are located at: 333 River, Newark/Adams, Clinton between Eighth and Ninth streets, 311 13th St., and 14th Street/Sinatra, 10th Street/Madison.

Hoboken officials are asking drivers to avoid the southern part of the city. Several streets will remain closed until further notice, and Hoboken Police Chief Ken Ferrante urges those traveling to or from Hoboken to use public transportation. 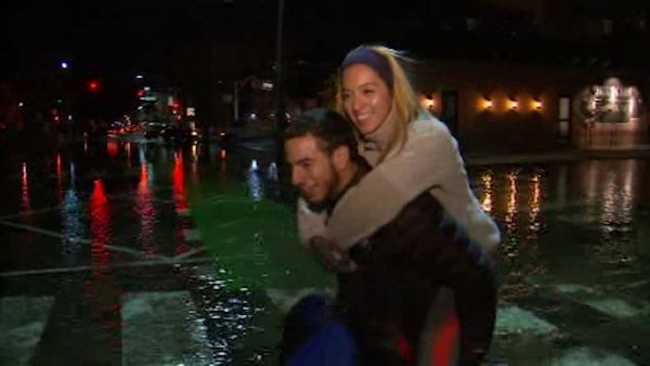 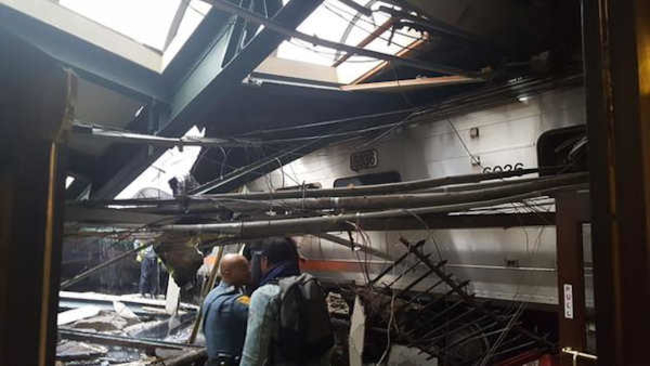