Bust in Queens nabs more than a dozen gang members 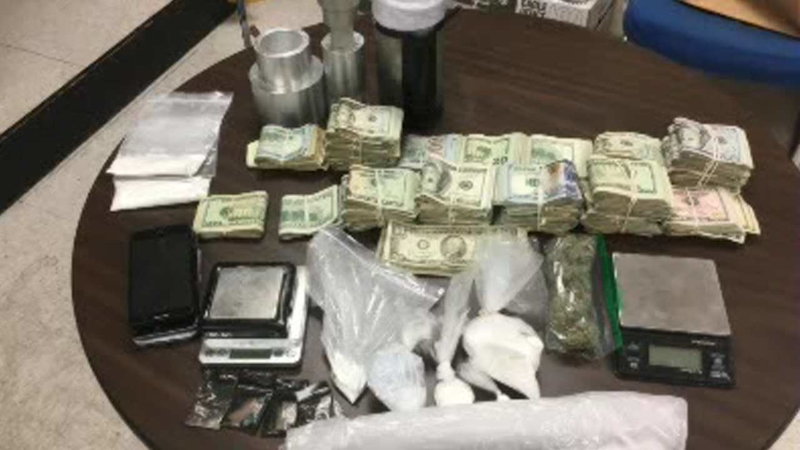 Bust in Queens nabs more than a dozen gang members

JACKSON HEIGHTS, Queens (WABC) -- More than a dozen gang members who cops say terrorized and overrun a neighborhood in Queens are behind bars.

Charges against the suspects include attempted murder and drugs charges.

At Travers Park in Jackson Heights, families were living it up on a balmy night.

It doesn't look like a place terrorized by gangs, but these guys play ball with eyes in the backs of their heads.

Everyone Eyewitness News spoke to, wanted their identities hidden.

After all, it was on this court last May that a group of seven to nine gang members pounced on an 18-year-old as if they were pack of wolves.

They stabbed him multiple times with a broken Snapple bottle, because they thought he was in a rival gang. He wasn't.

In an exclusive bedside interview, he recounted the nightmare.

"I'm running, running and I felt someone behind me. He said I got you. He stabbed me in the back, I was like ah," the victim said in May of 2016.

The case got the attention of the NYPD's Queens North Gang Squad, which linked the attack to a gang they'd been following.

Thursday night, they announced a major bust of more than a dozen known gang members known to terrorize this park.

Investigators also seized 30 pounds of marijuana, $55,000 in cash along with cocaine, guns and three cars.

Police say the group ruled this park and one other in Queens and even sold drugs in the open on the basketball court.