KFSN
By Brian Johnson
VISALIA, Calif. -- A harsh punishment was handed down Thursday in the South Valley for a shocking case of animal abuse.

The convicted cat killer was sentenced to state prison.

Before the cat abuse case, Rock Rowland had been acquitted in his grandfather's murder, avoiding prison, but now he's going away for four years.

For animal abuse, with a special allegation of using a deadly weapon, which in this case was a clothes dryer and, before sentencing, the judge said Rowland has shown a total lack of remorse about what he did.

"What type of individual takes his mother's cat puts it in the dryer and turns the dryer on and leaves the cat to die?" Tulare County Chief Deputy District Attorney Dan Underwood said.

Underwood says when the cat was found, it was burned and there were signs it had struggled for its life.

In 2013, Donald Rowland, or Moon, went missing before being found dead in the home he reportedly lived in with his grandson.

Tulare police arrested Rock Rowland, who was then 28, for the murder.

Underwood says any discussion of the cat abuse case as a means of putting Rowland away after he was acquitted of murder charges is ludicrous.

Rowland has a fairly long list of criminal charges, and despite his probation violations, his defense attorney argued Rowland did not deserve four years.

But Underwood says there were previous incidents with the same cat, and as Rowland has become more aggressive, there's a greater concern for the community's safety.

"What's causing this escalating violence we don't know," Underwood said. "But I've seen and had references from studies that show people who do these kinds of things to animals usually don't stop there so that's the frightening perspective that we looked upon this case with."

Tractor Tech of the Future

Students Pick Fruit to Donate to People in Need 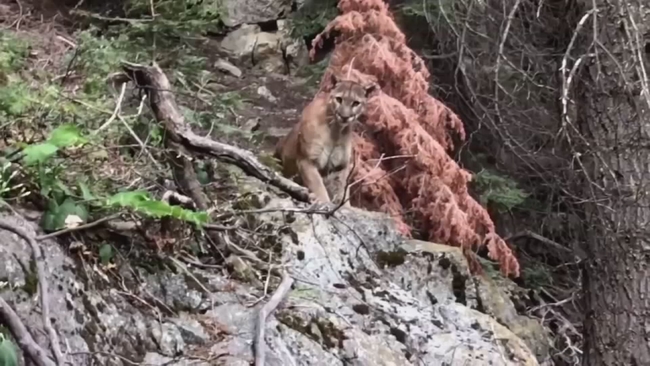