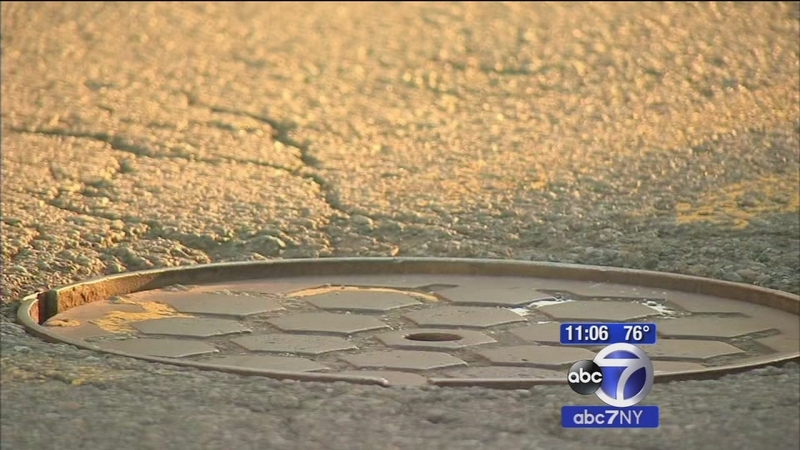 FLATBUSH (WABC) -- It was a search for buried treasure in Brooklyn when police say three men - scavengers if you will, popped open a sewer grate and went searching for treasure below.

A neighbor noticed the men going into the manhole on East 35th Street and Avenue H in Flatbush and called police.

"I really thought it was something serious - even said to my daughter 'are we going to blow up?' It was really a lot of cops and firefighters," says eyewitness Janet Perrotti.

A part-time city DEP worker and two of his friends are in hot water for Wednesday night's underground adventure. 21-year-old Marquis Evans, 45-year-old David Hannibal and 35-year-old Damien Nieves are all charged with criminal trespassing.

No one answered the door at Nieves and Hannibal's home in Fort Greene.

"God knows what they were looking for, I know for sure I wouldn't be crawling through the sewers of New York, but these three evidently were after something down there," says Police Commissioner Bill Bratton.

Chief of Detectives Robert Boyce says the men were in the sewers for four hours.

"It was a little cat and mouse game down there from what I understand," Chief Boyce said.

Eventually the men surfaced after officers and firefighters spend hours looking for them in the sewer tunnels.

Neighbors are grossed out just talking about it.

"Why would you ever do that? It's so dirty down there," says Francesca Pierre.

"You couldn't pay me enough money to go down there - I don't know what they were thinking, I really don't!" adds Perrotti.